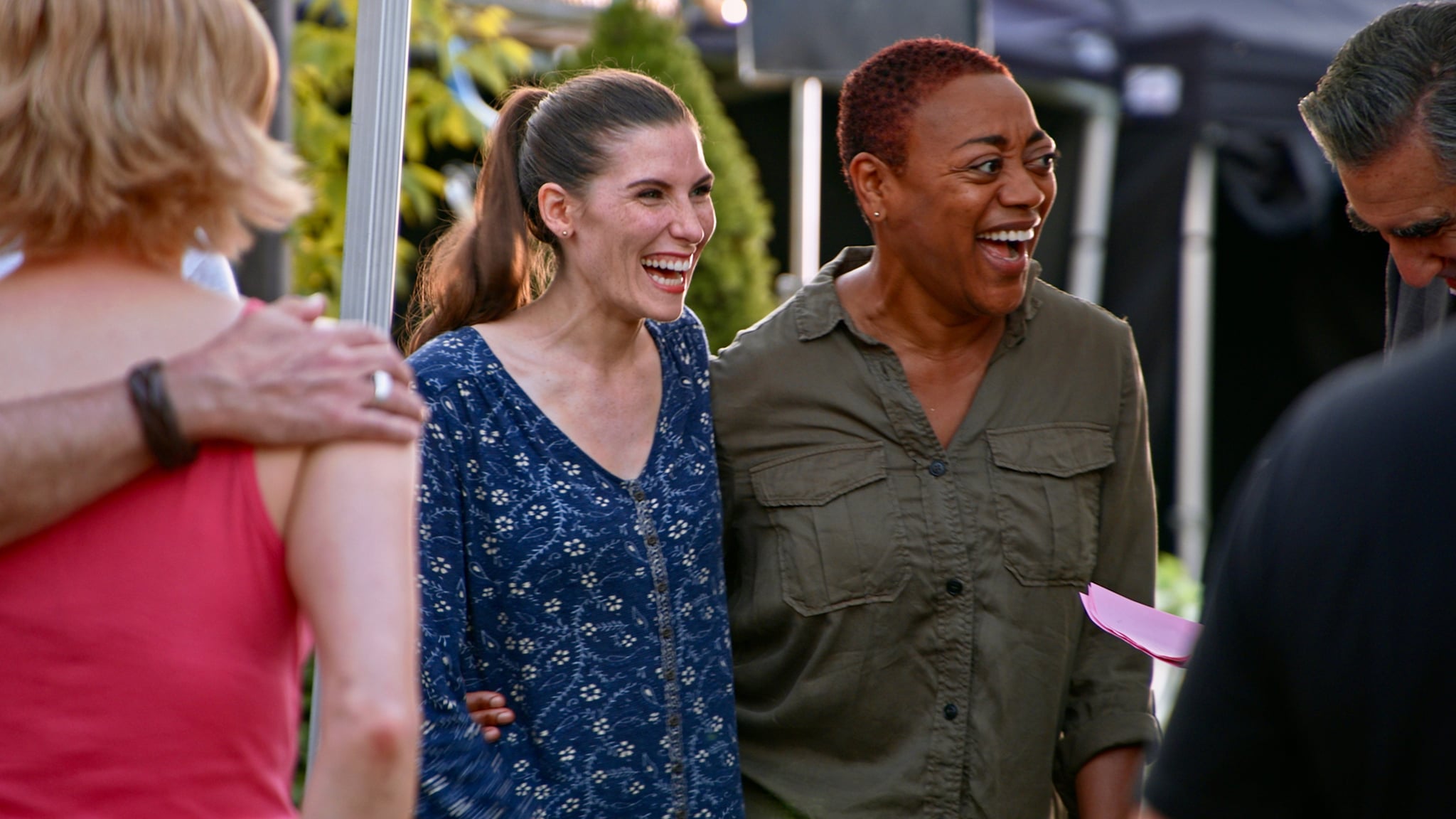 If anyone had ever told me that I would love the Rose family as much as I do now, I wouldn't have believed them. Schitt's Creek's Johnny (Eugene Levy), Moira (Catherine O'Hara), David (Dan Levy), and Alexis (Annie Murphy) were a misfit bunch of characters that started out filthy rich and were too caught up in their own bubble to realize it. But, by the series finale, they all changed for the better, thanks to the town of Schitt's Creek and the people who lived there, especially Twyla Sands.

From behind the counter with a hot pot of coffee in hand, Twyla watched as Johnny, Moira, David, and Alexis became their own people outside of their wealth.

Supportive, kind, and a fantastic listener, Twyla is arguably one of the best friends the Rose family has throughout the series. She gives Johnny helpful (if not, interesting) advice when he needs it most; she puts up with Moira's practically unintelligible vocabulary; and she's always there to give Alexis relationship advice about Ted or Mutt — both of whom are her exes. She even told Moira that she liked her performance in the The Crows Have Eyes 3: The Crowening trailer (not an easy task), which truly makes Twyla the unsung hero of Schitt's Creek.

While she's been there for the Roses from the day they moved to Schitt's Creek, Twyla has also harbored a huge secret. During the season finale, Twyla admits to Alexis that before the Roses moved to town, she'd won about $46 million in the lottery and had been keeping the news to herself all these years. The look of shock on Alexis's face mirrored my own as I watched from my blanket cocoon, completely thrown for a loop. But Twyla's reasoning for keeping the money a secret wasn't selfish. In fact, it was very . . . Twyla of her.

She knew the effects money could have on people, and she didn't want to be treated any different because of it. She was comfortable working in Café Tropical and being close to all the people she'd grown up with. It's in this way that Twyla acts as a complete contrast to the Roses, who'd spent the last three years struggling to earn back even a portion of the ridiculous amount of wealth they'd once had.

Related:
Watch the Schitt's Creek Cast Reunite to Give Their Warmest Regards to Front-Line Workers

At the end of season six, Twyla tries to give Alexis what is presumably a very large check as a going-away present before she leaves for New York, insisting that it'll help her get started with her new life. When Alexis (only somewhat reluctantly) refuses and hands the check back, it shows how much she's grown and developed confidence in the idea that she can take care of herself. Had Twyla handed her the check three years earlier, Alexis never would have met Ted or made friends with people outside of her social circle, and she never would have learned to be comfortable by herself.

The rest of the Rose family would have also hightailed it out of town if she had given any of them a check like that, but deep down Twyla knew it wasn't what any of them needed most. In addition to her endless words of wisdom and well-meaning advice throughout the years, Twyla was teaching the Roses an important lesson by keeping the money a secret. She was showing them that monetary wealth may seem important, but friendship and becoming comfortable with yourself as a person is what's truly invaluable. From behind the counter with a hot pot of coffee in hand, Twyla watched as Johnny, Moira, David, and Alexis became their own people outside of their wealth, and for that, we as fans will always be grateful.