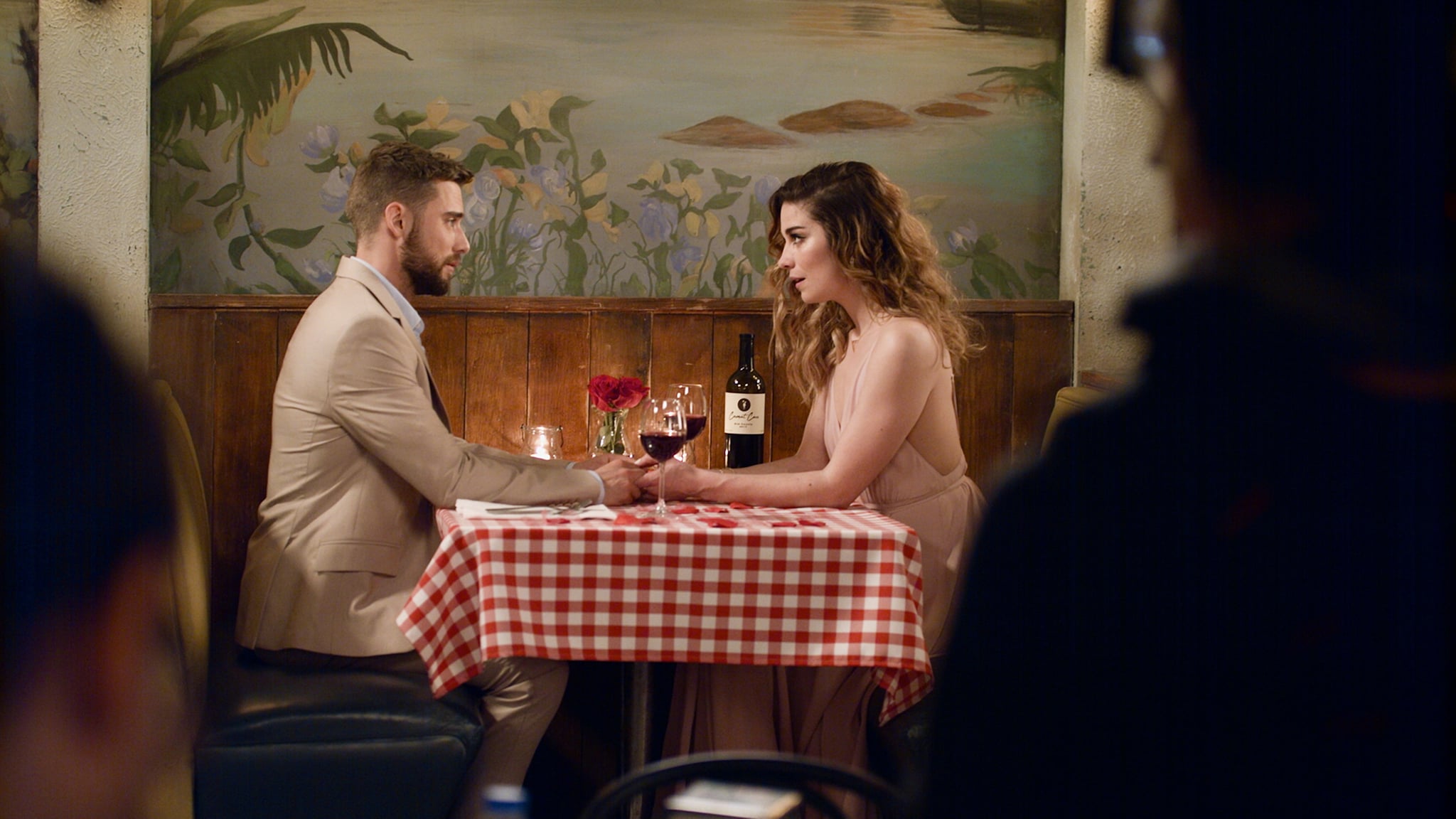 There are a lot of reasons to feel emotional about the series finale of Schitt's Creek, and seeing our favorite characters get their happy endings is just the tip of the iceberg. The true rollercoaster of feelings comes from everything we learn about behind-the-scenes of the final season, like the reveal that fan-favorite couple, Alexis (Annie Murphy) and Ted (Dustin Milligan), almost made it down the aisle!

If your brain just short-circuited at the fact that your fave ship was so close to making it, I feel that. Schitt's co-creator Dan Levy revealed the tidbit in an interview with Entertainment Weekly, where he admitted that the original plan was to have Alexis and Ted get hitched in a double wedding with David (Levy) and Patrick (Noah Reid). First of all, I can't even imagine what that wedding would look like between David's sheer extraness and Alexis's extravagance, but I would have loved to see it!

Related:
No, You Aren't the Only One Still Sobbing Over the Schitt's Creek Finale and Documentary

"The Alexis-Ted revelation was a four-season arc," Levy explained. "I thought Alexis and Ted were going to be the wedding at the end of the series — and then I foolishly told Annie [there would be a double wedding]. I did mean it at the time, but so much changes."

To be fair to Levy, Alexis and Ted had a mixed-up, albeit passionate, relationship at the best of times. They were one of the most popular couples in the show and throughout all their troubles — him being in another relationship, them getting engaged then breaking it off, them getting back together right before having to live oceans apart for his exciting job opportunity — fans were still rooting for them to find their happy ending together. So was Murphy, who told EW she was ecstatic when Dan told her about the possibility of their wedding.

"I was like, 'Yay, I can't wait! Sign me up. That's going to be a perfect ending to the show,'" she revealed. "[When it didn't happen,] I was furious. I threatened to quit the show — and didn't follow through on it."

"Usually, everyone's faking it, that's chemistry, but Annie and I, it was real."

Milligan admitted that he had been "quite looking forward to that" when Levy told him the idea, noting that the showrunner probably learned not to tell the cast all his ideas after that. "It is a very rare thing where you have not only a supporting scene partner who's good at what they do, but also that you genuinely like," Milligan said about working with Murphy and the Alexis/Ted romance. "I've been doing this like 13 or 14 years, and it's rare that that happens. Usually, everyone's faking it, that's chemistry, but Annie and I, it was real." 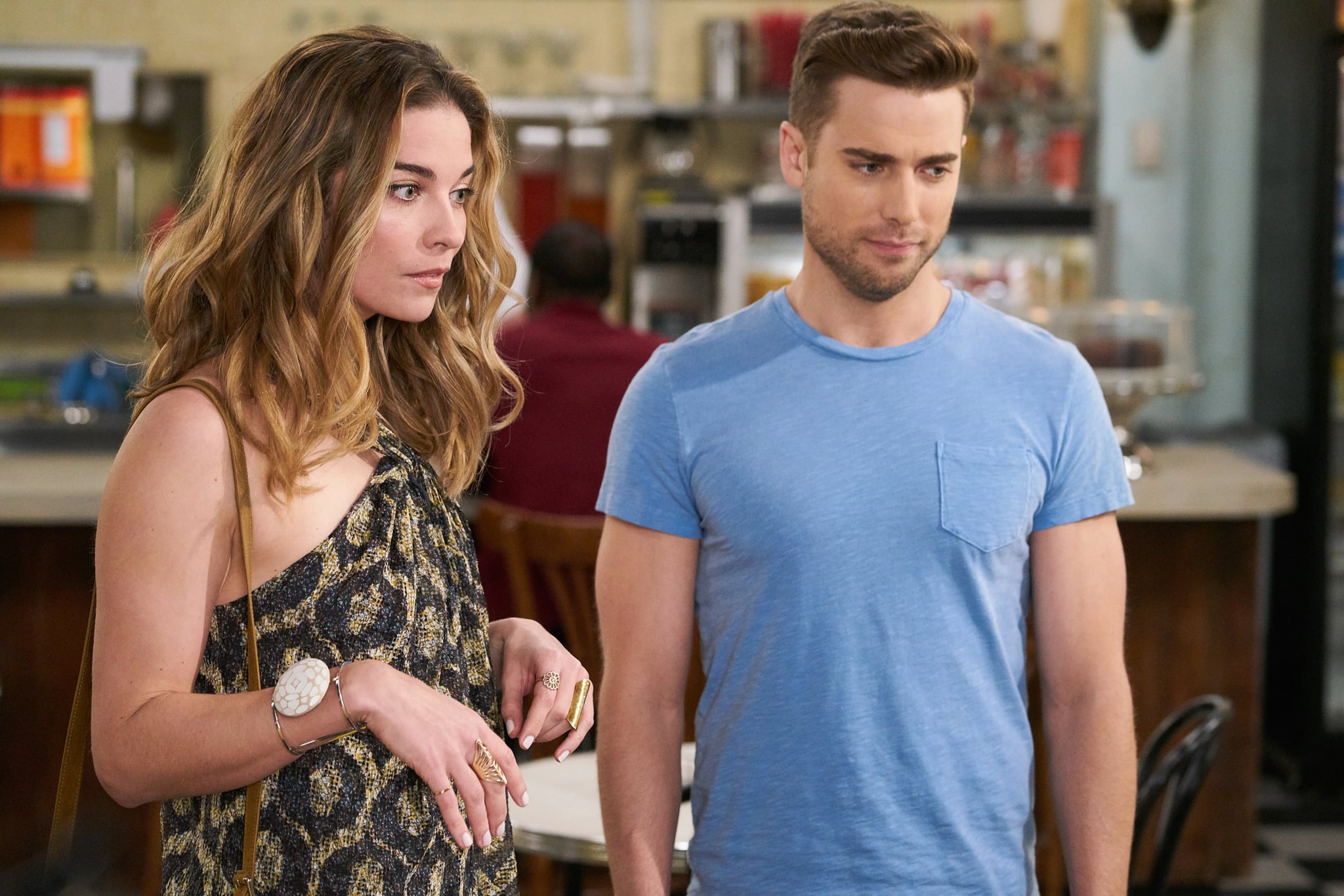 As a loving fan of Alexis and Ted's relationship, I can't lie and say it wouldn't have been beautiful to see the two sort through their problems and make their relationship work in the long run. But as a bigger fan of Alexis, I have to admit that it wouldn't have worked for either of them at that stage of their lives. With Alexis building her public relations brand and Ted finding his dream opportunity in the Galapagos Islands, one of them would have to compromise on their future to be together and neither of them deserved that. They'd gotten too far, especially Alexis, to back down on their success to make a marriage work. They couldn't even really make the long distance work out!

So despite it not being terribly romantic, it makes a lot more sense to have the two part ways — even though we all cried into our Café Tropical smoothies as they did. And now, Alexis will pursue her future in New York on her own, like the fiercely independent woman she's been striving to prove she is from the beginning. Which is exactly the note Levy wanted the character to end on, telling EW that "Alexis needed to come out of this show liberated in a way that wasn't necessarily attached to a guy."

"I felt like it would be more fulfilling to that character to have loved and lost and been set on a track that is leading her into her future rather than settle with someone at the end of the show," he added. "And that is why I did not do it."