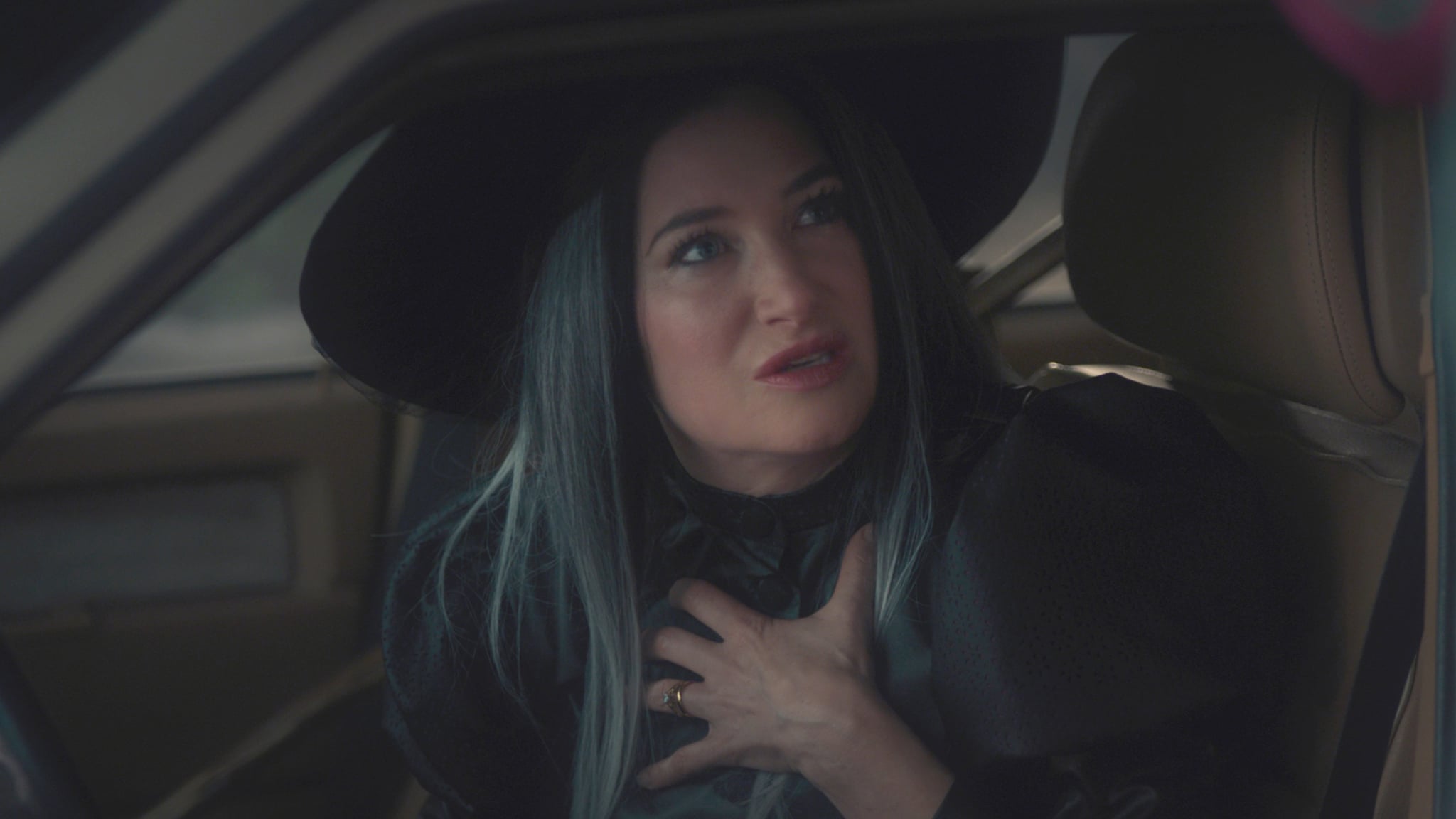 The latest episode of WandaVision, titled "Breaking the Fourth Wall," just confirmed what we'd been hoping about Kathryn Hahn's character, Agnes — she's been Agatha Harkness, a lesser-known Marvel character, all along! Who is Agatha, anyway, and what's she doing in this show? We've got some answers!

Throughout the series, Hahn fills the role of Wanda's defacto best friend Agnes. It's not until the seventh episode that we realize what role she's been playing behind the scenes. Agatha has been pulling the strings the entire time; from the moment "Agnes" visits Wanda with a housewarming plant to making "Pietro" show up at Wanda's front door. Even when Vision encounters a seemingly frozen "Agnes" in a witch's costume, it's all a part of Agatha's act. But what is Agatha's actual endgame now that she has Wanda under her spell? And what is up with her creepy book? Also, where are the twins? Because they're certainly not in the basement.

In the Marvel comics, Agatha is a witch who survived the Salem witch trials and went on to mentor Wanda in the use of her magical powers (whose superhero name, you'll remember, is Scarlet Witch). Unlike many of the other heroes, Agatha's powers are literally magical, rather than based in something more scientific. In the comics, she's also the governess and protector of Franklin Richards, the son of Reed Richards and Sue Storm of the Fantastic Four.

Ultimately, the comic version of Agatha is an ally to Wanda and to the Avengers as a whole, including lending a hand during a crisis involving Wanda's children (it's a long story). Despite that, she eventually meets a devastating fate, killed by Wanda at one point when Wanda loses some of her memories and her sanity.

It remains to be seen what, exactly, the WandaVision version of Agatha will be up to, and whether she'll be a friend or a foe to Wanda and Vision in whatever strange reality they're dealing with. Although from the evil cackle she had at the end of her "Agatha All Along" theme song, and the fact she killed Sparky the dog, it seems Marvel is setting her up to be bad news. Hopefully, we'll have all our questions answered with WandaVision's season finale in a few weeks.

by Melanie Whyte 48 minutes ago