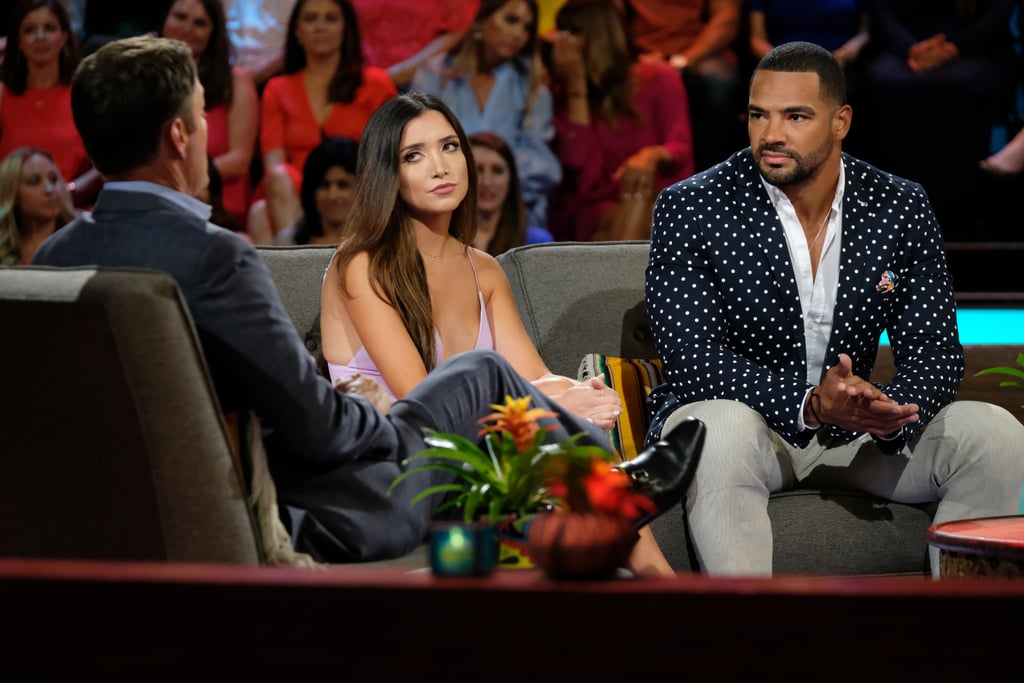 Update: Following the Bachelor in Paradise reunion, the show's official Twitter account shared a video of the conversation that took place between Clay and Nicole, and it even involved his ex-girlfriend Angela. "I wish I could've talked to Angela about what she experienced with Clay," Nicole said to Chris Harrison. Watch the clip ahead.

Original post: Clay Harbor and Nicole Lopez-Alvar didn't get their happily ever after on Bachelor in Paradise, but fans still have a lot of questions about their relationship. During Tuesday night's reunion, we got some closure on the feuds of this season (hello, Stagecoach) and caught up with the couples who left Paradise engaged, but Clay and Nicole were noticeably absent, and everyone wants to know why. According to Clay himself, he and Nicole were absolutely present at the reunion and had a conversation with Chris Harrison that ended up being cut from the episode.

He explained the situation on Twitter, writing, "Yes I was at the reunion they chose not to show my convo with Nicole. I basically explained why I didn't think we were far enough along to get engaged and that I really did want to continue to date and wished her luck with her new relationship. #didntmissmuch."

During the finale of Paradise, Clay and Nicole ended their relationship after he told her that, though he was falling in love with her, he couldn't tell her that he was 100 percent there yet. Clay revealed that he would like to develop their relationship outside of Paradise, but Nicole told him she deserves "a love so deep the ocean is jealous" and doesn't want to settle for anything less. Both have commented on their relationship on social media since the finale aired, but fans still have a ton of questions of why their segment was cut from the episode. Check out what they had to say ahead.