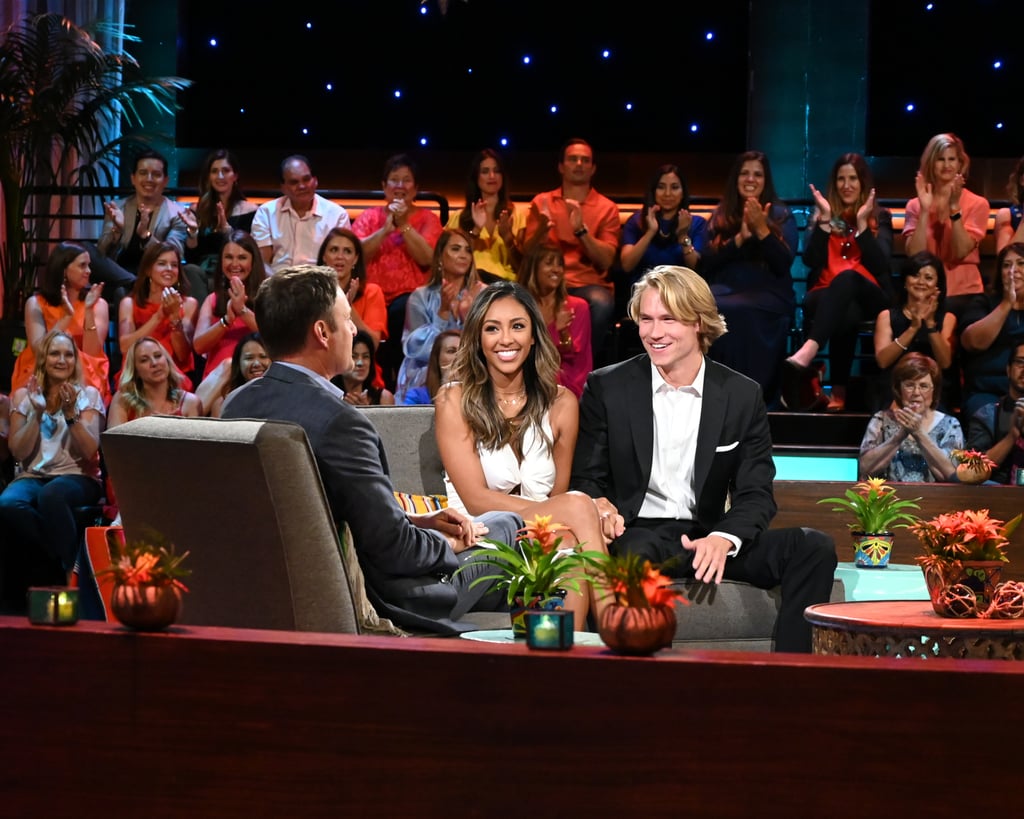 For many Bachelor in Paradise fans, John Paul Jones and Tayshia Adams are the couple we never knew we needed. After the duo formed a connection on the beach in Mexico, Tayshia decided to end the relationship after JPJ said he was falling in love with her and she wasn't quite there yet. Despite running after the blond sweetheart, the two parted ways and left Paradise on their own. However (!!), during Tuesday night's reunion show, Tayshia admitted that she made a mistake and it was revealed that after talking with her mom and mulling things over at home, she decided to go after JPJ and visit him. Surprise, surprise!

During the reunion, we see the conversation that took place in Maryland and learn the news that Tayshia and JPJ are currently dating. Now they are "exploring things" as a couple, which means Shakespearean-esque ballads and JPJ even considering moving to Los Angeles to be closer to his girlfriend. Bachelor Nation couldn't be more excited about their post-Paradise reunion and current status as a couple. See what fans are saying about the "bold move" Tayshia made to win back her man.

Related:
Congrats! These Bachelor in Paradise Couples Got Engaged During the Season 6 Finale
Previous Next Start Slideshow
Bachelor In ParadiseTVReality TVTwitter Reactions