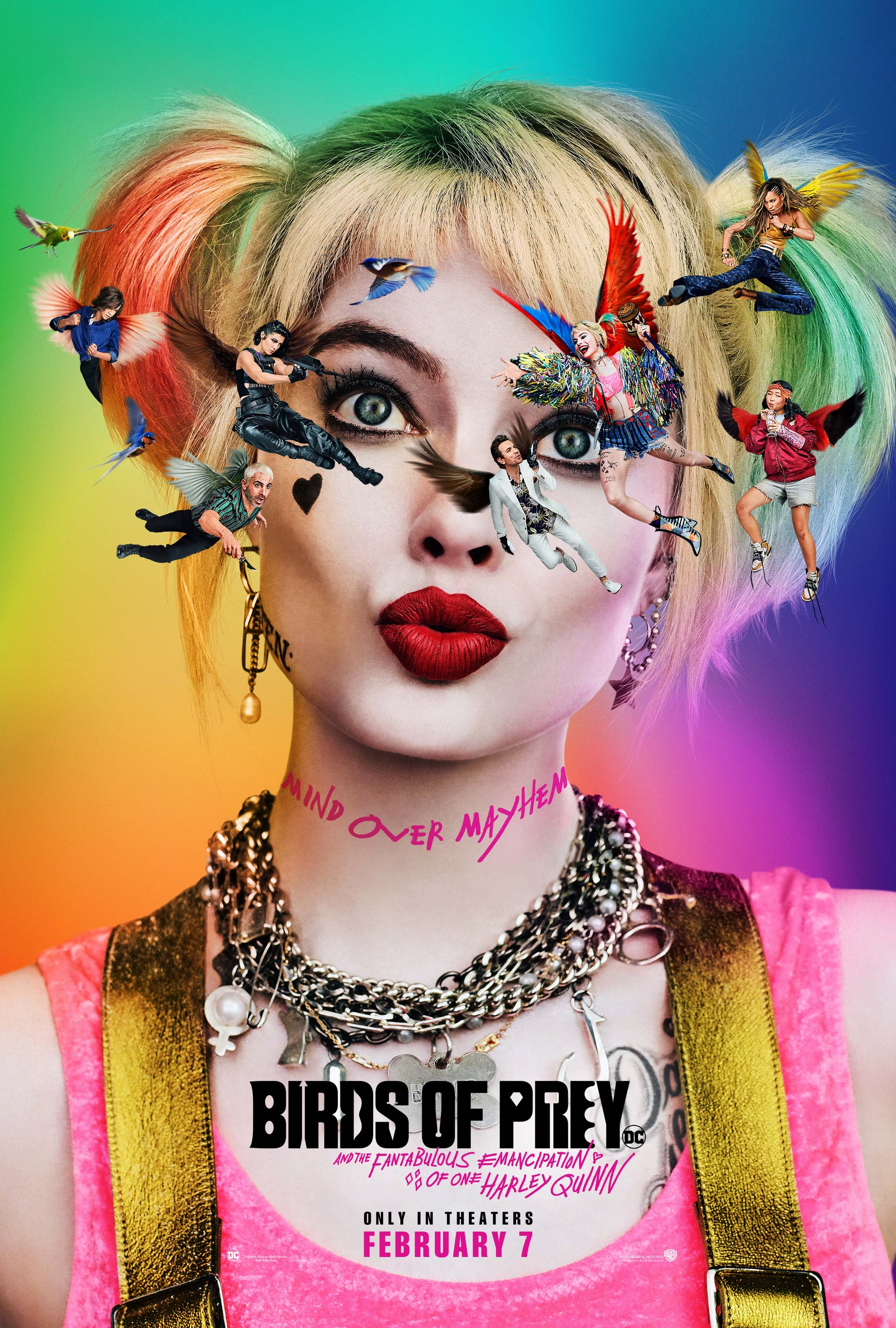 We've only gotten a few sneak peeks at the upcoming Harley Quinn stand-alone film Birds of Prey (and the Fantabulous Emancipation of One Harley Quinn), but we finally have the official premiere date: Feb. 7! The film's Twitter page dropped the premiere date for fans, along with the film's official poster, and it looks as fantabulous as we've been expecting.

The poster features the star-studded cast of what actress Margot Robbie has decreed the "girl gang" film in the DC universe, including Rosie Perez as Renee Montoya/Question, Mary Elizabeth Winstead as Huntress, and Jurnee Smollett-Bell as Black Canary. Birds of Prey will have Harley team up Black Canary, Huntress, and Detective Montoya to protect a young Cassandra Cain (Ella Jay Basco) — who eventually dons the mantle of Batgirl in the comics — from the sinister Black Mask (Ewan McGregor) and Victor Zsasz (Chris Messina).

The colorful poster and "Mind Over Mayhem" tagline is a fair indication that Birds of Prey is going to take us on a wild ride — and we can't wait. Forget Valentine's Day, February is officially the month of Dr. Harleen Frances Quinzel!