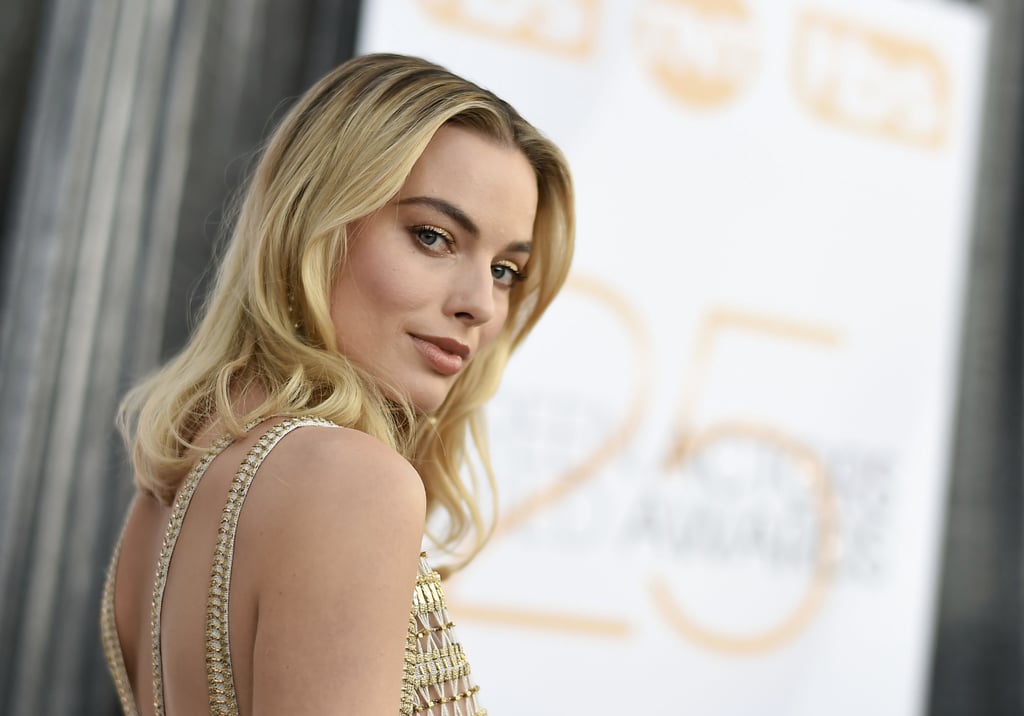 Margot Robbie just shared the first look at Harley Quinn in Birds of Prey (and the Fantabulous Emancipation of One Harley Quinn) — deep breath. The morning after attending the 2019 SAG Awards, the actress shared a selfie in character with the caption, "Miss me?" It seems like the comic book character has a new look, too. Instead of the pink and blue side ponytails she wore in Suicide Squad, Harley now has some choppy bangs not unlike the kind I gave to myself in elementary school.

Birds of Prey is the first of a few spin-offs based on 2016's Suicide Squad. Though the story will be centered around Harley, Robbie has previously said it will also feature a sort of "girl gang." The stacked cast includes Rosie Perez as Renee Montoya/Question, Mary Elizabeth Winstead as Huntress, Jurnee Smollett-Bell as Black Canary, and Ewan McGregor as Black Mask.

In addition to Birds of Prey, another spin-off in the works will focus on Harley's relationship with the Joker, which will see Jared Leto reprise his role. Production on that movie will reportedly begin after Birds of Prey wraps. It's very likely that we'll also see the two characters appear again in Suicide Squad 2, although details are still scarce about the sequel. So, if you did in fact miss Harley, you'll have plenty of chances to see her again!

Related:
Everything You Need to Know About the Joker Movie Starring Joaquin Phoenix
Previous Next Start Slideshow
Celebrity InstagramsMargot RobbieMoviesSuicide SquadBirds Of Prey

Lori Harvey
Lori Harvey Rocks a Sheer, Tiger-Print Catsuit For a Night Out
by Shelcy Joseph 3 hours ago

by Alicia Geigel 31 minutes ago