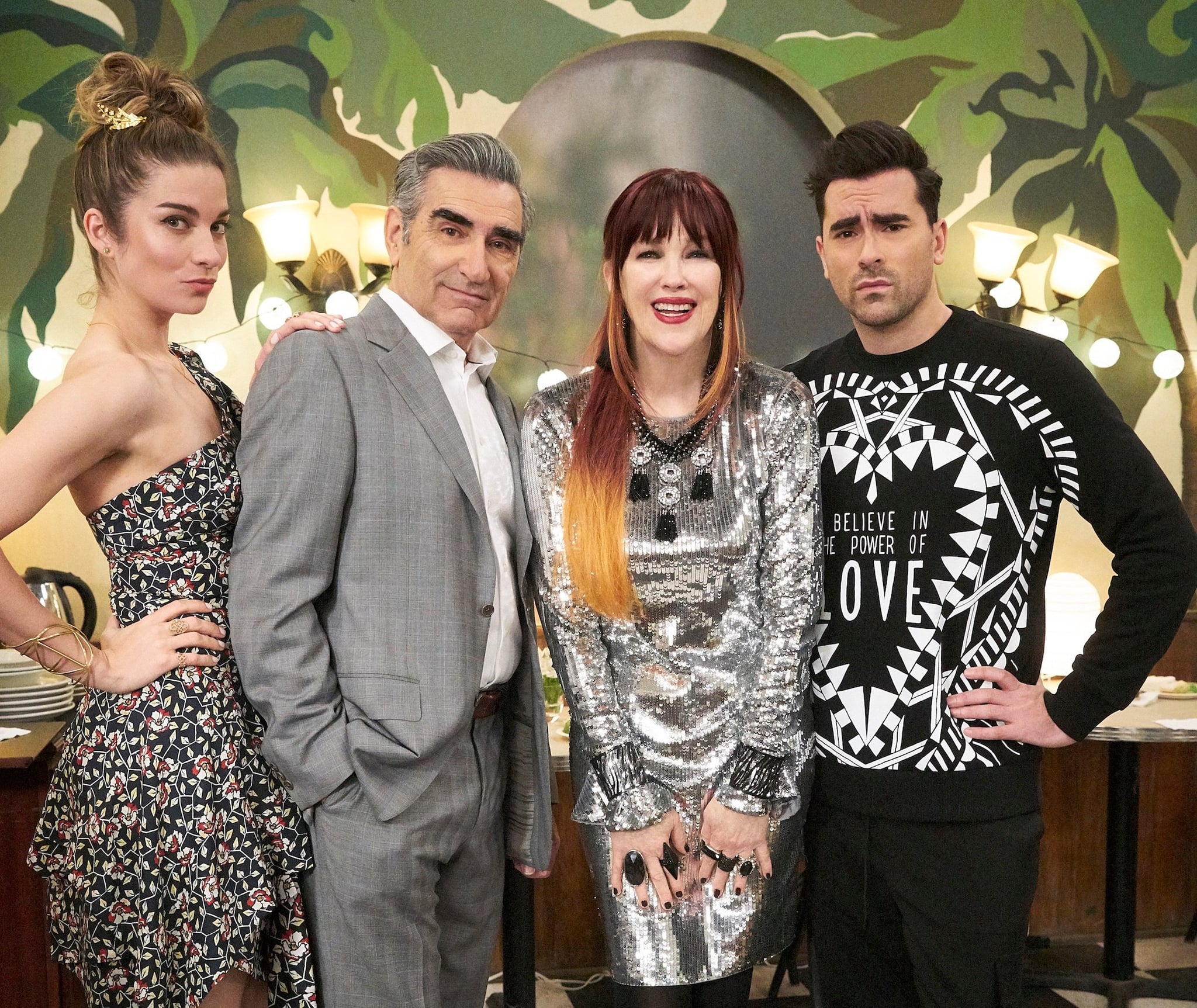 Break out your favorite fruit wine folks, because Netflix is finally premiering the fifth season of Schitt's Creek on Oct. 10. The Emmy-nominated hit series about a wealthy family who suddenly lose their fortune and are forced to move to a tiny backwoods town to get by, has taken viewers by storm since its debut in 2015, and fans are always hungry to get the latest batch of episodes. Especially since the series is heading toward its final sixth season and honestly, we're just not ready for it to be over.

Luckily, we still have a ways toward that! Filming on season six wrapped up in July (cue the light sobs over that roller coaster of emotions), and though we have no official premiere date, we do know the 14-episode season should be airing around January 2020. Which leaves plenty of time for everyone to watch season five when it drops in October and rewatch all the previous seasons so you're ready for the end. So, stock up on the fruit wines and make sure you've memorized all the lyrics to "Simply the Best" and "A Little Bit Alexis."

Related:
This Schitt's Creek Mega-Blooper Reel Is the Gift That Keeps On Giving

#SchittsCreek Season 5 is coming to Netflix US on October 10! Great news for bebe. pic.twitter.com/JER7ufEOD8