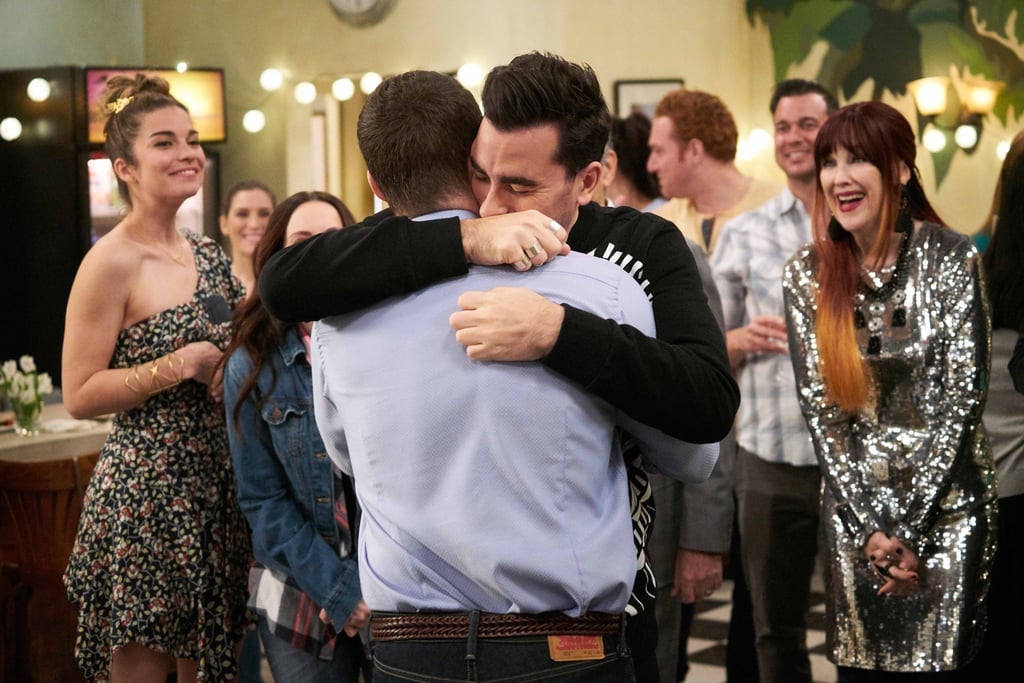 Schitt's Creek Just Scored a Bunch of Emmy Nominations, and Now My Heart Is So Full

"To say this is very exciting news is the definition of an understatement," cocreators and stars Eugene Levy and Dan Levy said in a statement after the exciting announcement. "On behalf of our cast and crew, we thank the Television Academy for including us among the best in TV. What an absolute thrill! Team Canada is heading to the Emmys!"

Although Catherine and Eugene previously won Emmys back in the '80s for writing episodes of Second City TV Network, this is the first time either has been nominated for Schitt's Creek. However, the Emmys definitely isn't the first award show to give the beloved series some love: it's gotten a Critics' Choice Award nomination, as well as nominations and wins at the Canadian Screen Awards and the ACTRA Awards.

This is all to say that I'm now happily sobbing into my wig wall, but I'm not the only one — keep scrolling to see how Dan reacted to the show's Emmy nomination!