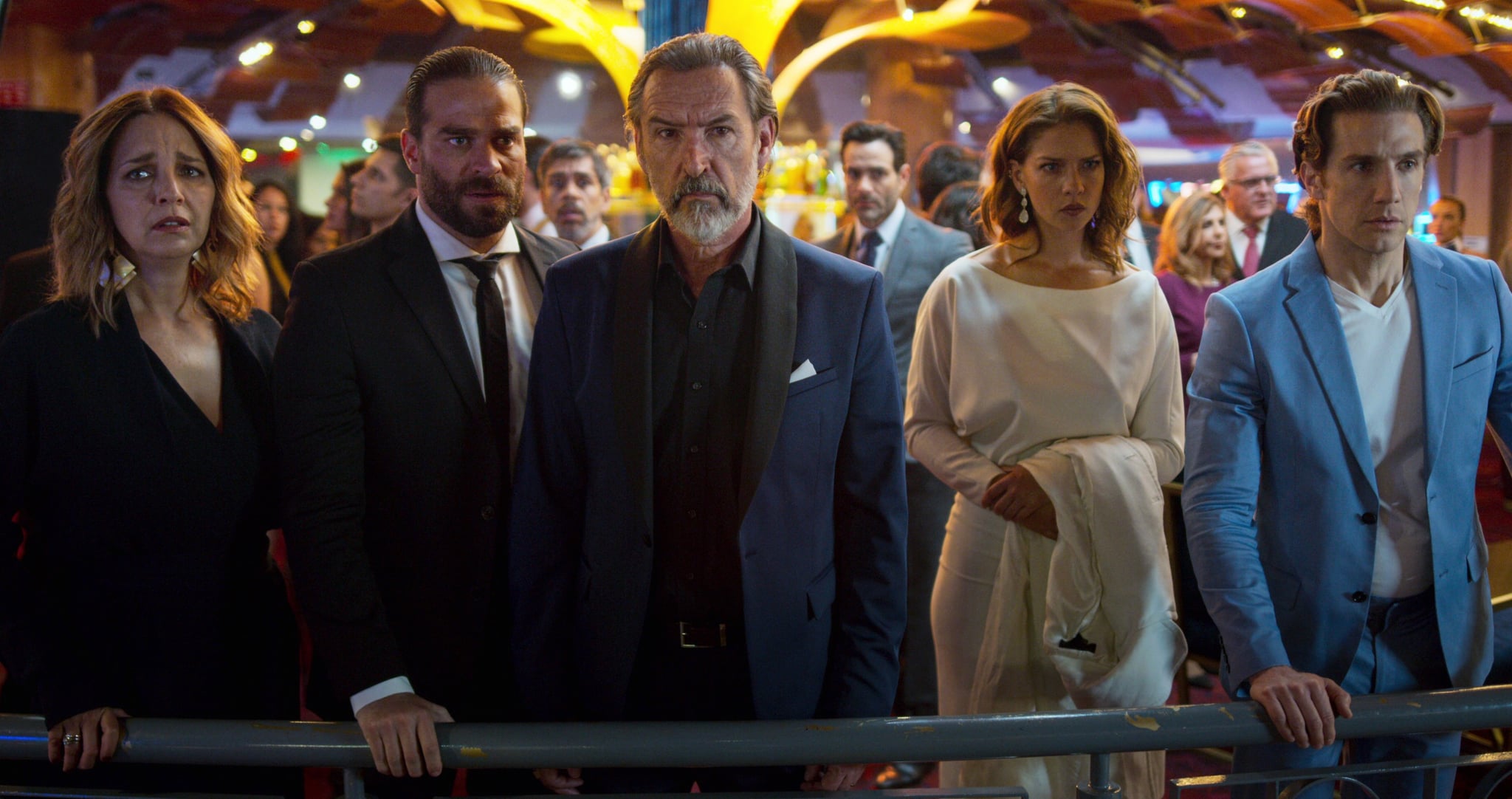 It's no wonder that Who Killed Sara? has become such a sensation on Netflix! The ten-episode murder mystery is packed to the brim with soapy twists, gasp-worthy drama, and more questions than answers. A second season has already been ordered and will arrive in less than two months, so we won't have to wait long for more answers. In the meantime, let's break down everything that happened on that wild season finale!

By the time the credits roll on season one, we still don't know who killed Sara, although we have some ideas. Right now, the most likely suspect seems to be Rodolfo's mother, Mariana, with an assist from Elroy. In flashback, we discover that Mariana found out that Sara was pregnant and that the father was a Lozcano (more on that in a moment). At first, Mariana pretends to offer support and advice to Sara, promising that the family will take care of her and her baby while also encouraging her to "enjoy" her last months before becoming a mother.

That encouragement hides a darker purpose, though: it's Mariana's way of nudging Sara towards trying out the parasail, which provides the perfect cover for getting rid of Sara and making it look like an accident. Mariana gives Elroy a knife and orders him to make sure Sara is the first person to try out the parasail, implying that she wants him to damage the rigging so that Sara will be killed.

Here's where it gets murky, though. We see Elroy about to cut the rope, but we never actually see him do it. Later, he tells Mariana that he "couldn't do it." Is Elroy lying? If he's not lying and he didn't actually cut the rope, did someone else do it, or is more happening here than we've been told yet? So far, Mariana is the most obvious suspect, but there's clearly a lot more to the story.

The reason for Mariana's intense reaction to Sara's pregnancy is also revealed, and it's pretty awful too. Initially, we're led to believe that the father of Sara's baby is her boyfriend, Rodolfo, but the truth is much worse. In fact, it was Rodolfo's father, Cesar, who impregnated Sara (who, remember, was his son's teenage girlfriend at the time). It's part of an ongoing series of revelation about just how awful Cesar is: he's also masterminding a scheme to force women into working in his illegal brothel, stealing their passports and blackmailing them so that they can't leave, and even killing them.

As if that weren't enough, there's still another more baby-related secret to reveal. In the present day, Rodolfo's wife reveals her pregnancy — but there's a catch. Rodolfo got a vasectomy all those years ago out of grief for Sara and what he believed to be their lost baby, so he couldn't possibly have fathered his wife's child. So who did? Yup, you guessed it: Cesar again!

Meanwhile, in other baby news, Chema and Lorenzo's quest to have a baby via surrogate takes a turn for the worse. Fed up with Chema's crazy family and their violent shenanigans, Lorenzo bails on their plans (which earns him a set of slashed tires from their surrogate). Lorenzo tells Chema that he's heading to Atlanta, far away from the Lozcano drama, and he suggests Chema should come with him.

After all of this, there's still one major twist left to uncover (literally). Alex finds one of Sara's old journals, which contain some strange and disturbing musings about her own death. It also contains a drawing of an unmarked grave, and Alex recognizes the location in the drawing. He goes to the real location and digs up the grave, only to find a skull with a bullet in it. We don't yet know who the skull belongs to, or what the story behind it is; that's one of many questions left to be answered when Who Killed Sara? season two begins May 19.