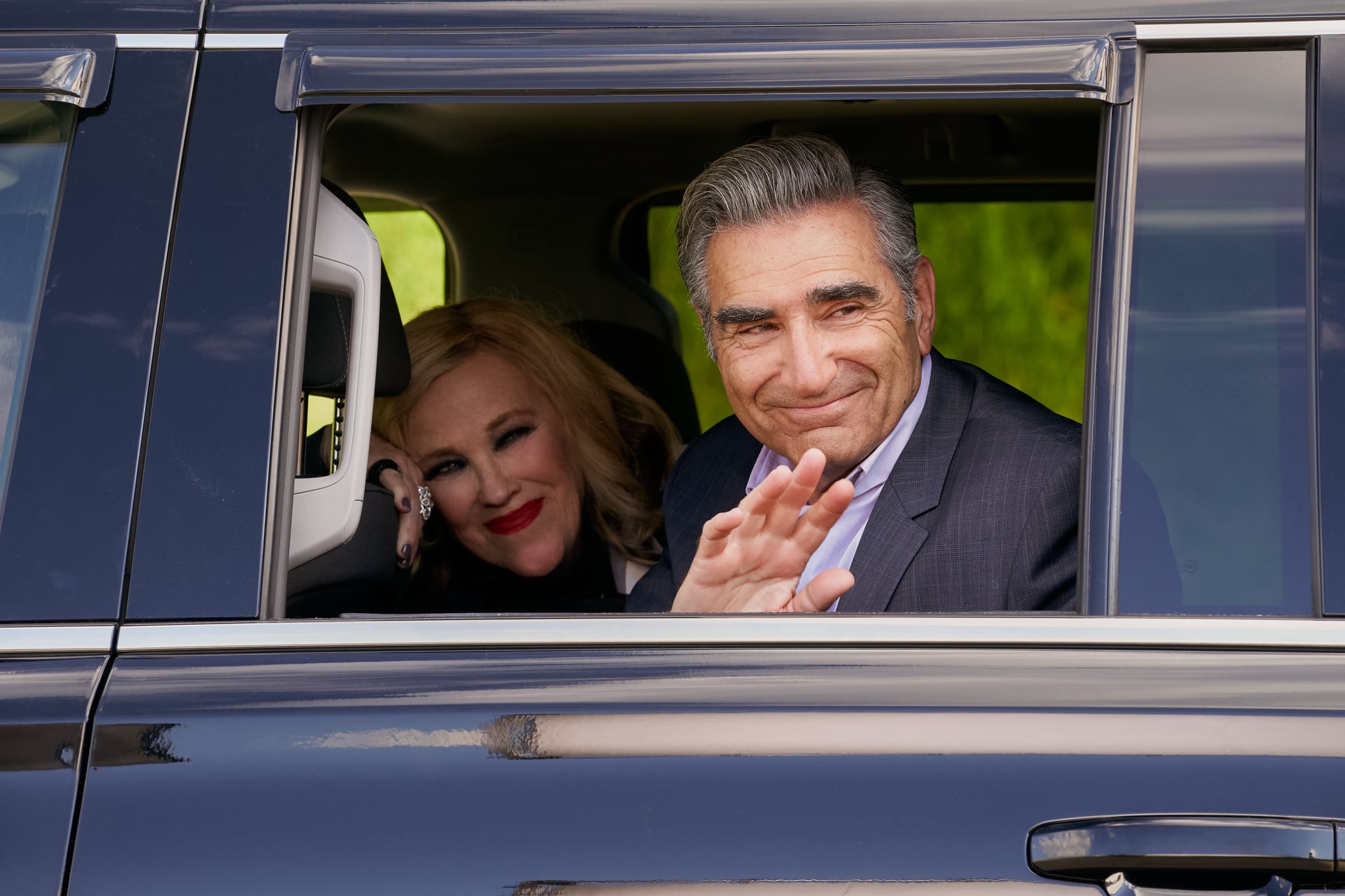 Comedy darling Schitt's Creek wrapped up its final season last week, leaving me — and many others — in tearful disarray. The writers let us know what was next for each of the Roses over the course of the final season so that the last episode could simply be a moment of closure. David's wedding starting as a disaster was a thematic parallel to the entire series: a family that sticks together can get through any crisis — and that family includes the endlessly supportive Schitt's Creek community. The show was a testament to perseverance, which feels very timely right now.

The first time I heard of Schitt's Creek was actually through a former therapist. She thought it would be a great show to escape into, and she was right. At first, I connected with how distant it felt from my own life, but as the show went on, I felt myself growing with the Roses. While hunkered down at home, I binge-watched all six seasons in search of joy amid these times of uncertainty. The recent solace I've found in the show made saying goodbye to it all the more difficult. Fortunately, the finale was inspiring and allowed us all to say goodbye to the characters we've grown to love so very much.

As outlandish as the characters were, elements of the show are completely understated. The humor is not as much in the plot or dialogue as it is in the way the characters play off of one another. Moira telling David to "just fold it in" when trying to make enchiladas will perhaps be one of my favorite moments in sitcom history. Through more demure characters like Stevie or Patrick, we could see how the Roses being so unapologetically themselves is infectious. In fact, watching the show inspired me to embrace my own quirks and evaluate what I want for my future.

Father-son cocreators Eugene and Dan Levy built a show that finds depth in the dump that is the town of Schitt's Creek. It's a place where homophobia doesn't exist and everyone can be the loudest versions of themselves. Through Schitt's Creek, we got to imagine a better world than the one we live in. It was a light sitcom where everything felt intentional because it was telling one long story about how unlikely circumstances can change people. I won't forget moments like Stevie's epic "Maybe This Time" performance, any of David and Patrick's musical performances for each other, Moira's epic wardrobe ensembles (and vocabulary), Alexis's nose taps, and, of course, Johnny's many dad moments.

The last episode is appropriately titled "Happy Ending," seeing as all of the characters get one. So as blubbery as I was while watching, I was smiling the whole time. Watching Moira, Johnny, and Alexis say goodbye to the town of Schitt's Creek let us feel the full weight of the farewell. The end of Schitt's Creek is a finale worthy of itself. I will miss it but I am grateful it existed, and I know it will have a vast afterlife. As Dan Levy wrote in his recent Instagram post featuring a picture from their last day on set, "Tears are a good thing. It means you care."