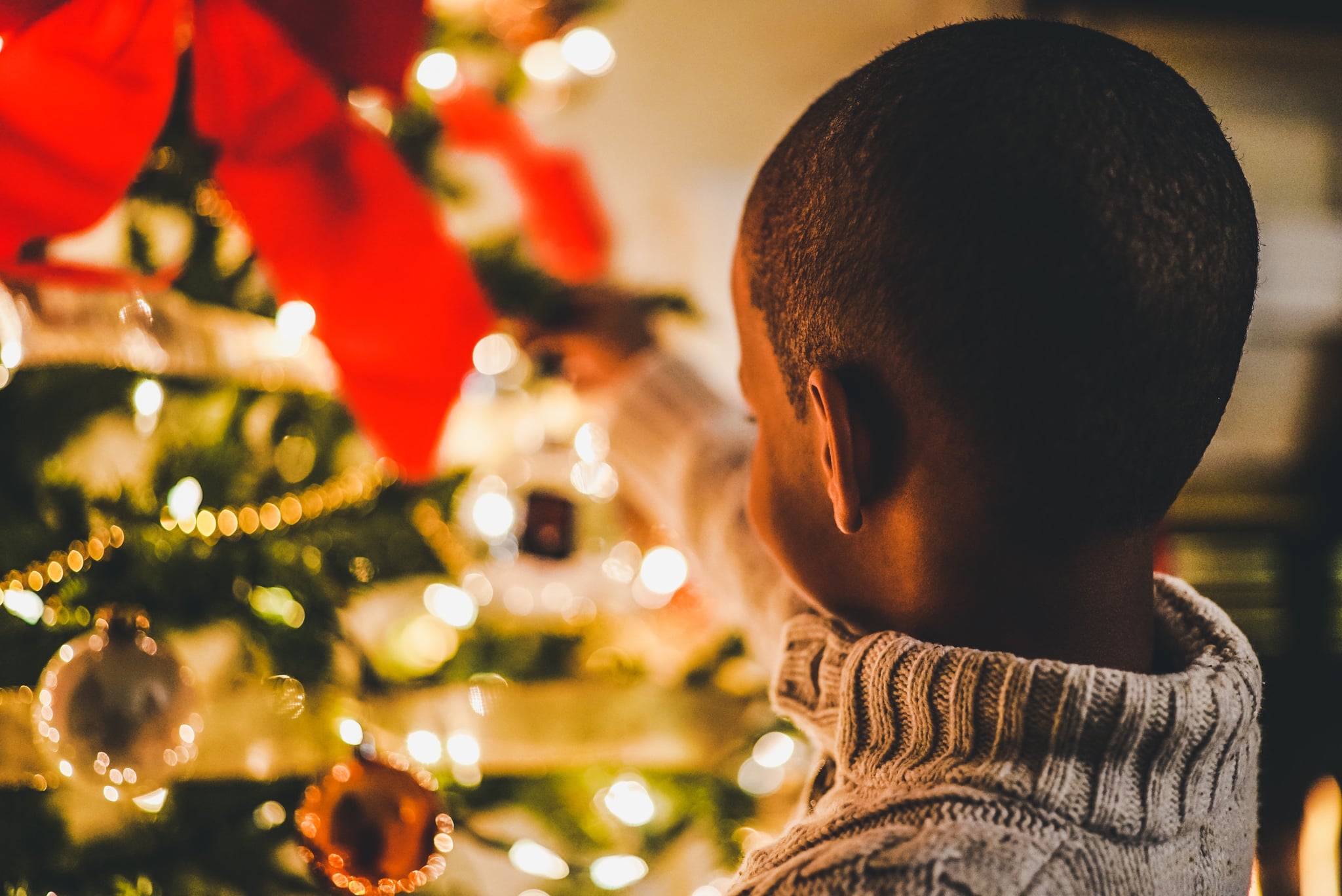 This year, my husband and I have decided that we're not going to give our kids any Christmas presents. But before you call me Scrooge, hear me out. Every year on Christmas morning, our living room is every kid's dream: there's a sea of gifts wrapped in festive paper and topped with shiny bows that you cannot get over, under, or through. And every year, we say the same thing: next year, we're scaling back. The kids (including the dog) are overwhelmed, it's too chaotic, and it's downright gluttonous. Then the next Christmas rolls around, and it's the same story. But not anymore.

When I look at all of the stuff in the playroom, it pains me to think of how much money has been wasted on this junk along with how it could have been better spent.

Last year, we had a blast watching our then 3-year-old tear through the gifts we got her followed by the ones "Santa" had left for her and her newborn sisters. Her excitement and squeals of delight over each package were infectious. She had only asked Santa for one thing last year, but, because we are Christmas-a-holics, she ended up with more than a few gifts. And because we wanted to make sure everything was even, her 10-day-old sisters also had their fair share of presents. Now, almost a year later, as my twins get older, and I scour the playroom for choking hazards, I'm overwhelmed by the sheer amount of stuff that has accumulated over the past four years. Our daughter doesn't play with most of it, and she certainly doesn't need more of it. As for the twins, well, there's enough in there to keep them happy for the next several years.

Related:
The 1 Holiday Tradition I'll Always Do With My Kids, No Matter How Old They Get

When I look at all of the stuff in the playroom, especially the toys that sit high up on shelves collecting dust, it pains me to think of how much money has been wasted on this junk along with how it could have been better spent. That is why this year, we'll be taking our Christmas budget, dividing it equally, and adding it to our daughters' college funds. Why? Because we can, and we should. Because at age 4, my daughter will be thrilled with a simple stocking and the nightgown from Target that she's had her eye on. And having just turned 1, my twins will have no idea what's going on and will happily sit there munching on some wrapping paper.

As my kids get older, they will undoubtedly spend time writing their Christmas lists and sending them off to Santa, but for now, they don't know, and they don't care. And at 18, I'm confident that all three will be more grateful for the cushion we've built for each of them over the years than for the loud, plastic nonsense that filled their childhood playroom.

This year, we'll focus on more important things. We'll spend time together as a family, we'll decorate and bake, we'll cozy up on the couch in our matching Christmas pajamas, we'll give back to those who actually needs things, and we'll continue to work on teaching our daughter about the real reason for the season. And before we reach those years of carefully crafted Christmas lists, we'll attempt to hammer home the fact that it's our traditions and time together, not the number of presents under the tree, that make Christmas truly magical.