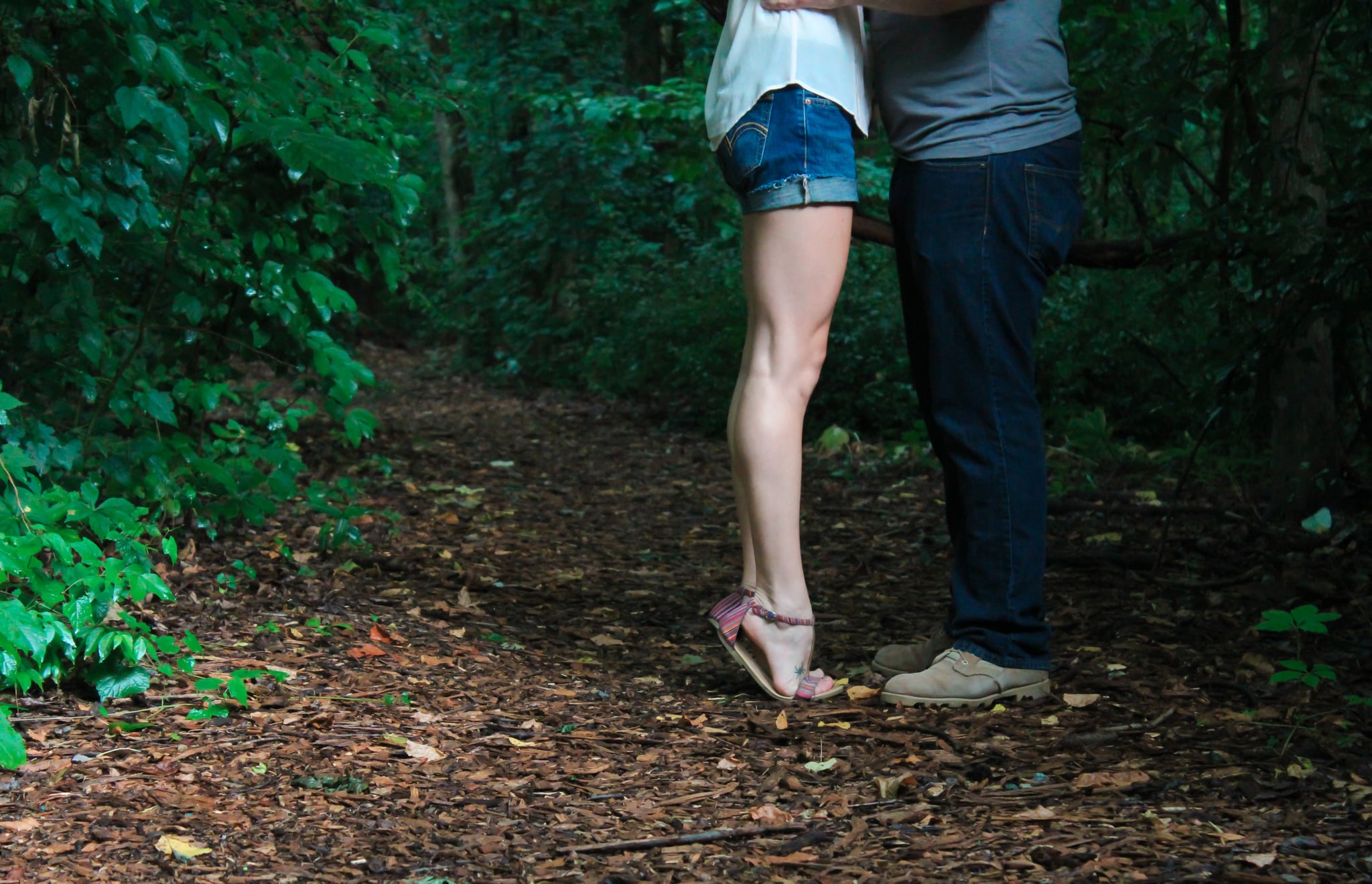 It's totally normal to find your sex life in a rut. It's especially common after having kids, although that's not a requirement. For me and my husband, we found our sex life lagging after years of unsuccessfully trying to get pregnant. Sex had become a chore, and battling infertility had taken its toll. Some couples try everything from alcohol to a little dirty talk to try to find their groove again, but luckily for us, having children did the trick. With the stress of trying to get pregnant finally behind us, we have a hard time keeping our hands off of each other now.

I've lost count of all the times and places we've been caught. Restaurant bathroom? Been there. Department store fitting room? Done that.

With a whole gaggle of kids at home, finding the time and energy for sex can be challenging. That's why we take advantage of every opportunity when it's just the two of us. Sometimes, those opportunities happen to be when we're out in public places. And sometimes, we get caught. We've never tried to get caught. We do our best to be quiet and discreet, but police officers have jobs to do, people get lost, and some employees are a little overzealous.

The first time we got caught was in a dark corner of a beach parking lot. We weren't the only parked car in the lot, so the idea that someone would come up to our car never even crossed our minds. I'm not sure what prompted the intrusion — Was the car moving? Were the fogged-up windows that noticeable? — but all of a sudden, we found ourselves scrambling to cover up in the backseat after a cop knocked on the window with his flashlight.

Have you ever heard someone talk about their life flashing before their eyes? Well, mine did in that moment. Or rather, my future did. Was he going to make us get out of the car with our pants down? Because whoever else was sitting in their cars was now watching whatever police activity was about to go down, undoubtedly with cameras ready. Would we be arrested? My mugshot plastered in all the local papers for my boss and coworkers to see? I would surely be losing my job. And just as I thought, "Oh my God, this cannot be happening to me of all people. I am such a prude," he asked us if we'd been drinking (we had not) and for identification. With our licenses in hand, he went back to the squad car, which had seemingly appeared out of nowhere. And after what seemed like an eternity, he came back, returned our licenses, and told us to go home. My heart continued racing until we pulled into our driveway 15 minutes later. Then, we just broke out into uncontrollable laughter, because really, what else could we do?

Related:
We Have Sex With Our Baby in the Room Because There's No Other Way to Do It

Since that humiliating first time, I've lost count of all the times and places we've been caught. Restaurant bathroom? Been there. Department store fitting room? Done that. The most recent was at a wedding. We ate quickly, snuck out, and moved the car closer down toward the entrance to the vineyard. Someone must have seen us leaving and followed us, because within minutes, the car was surrounded by half a dozen employees, each armed with a serious face and overly bright flashlight. But since we're now seasoned pros, we were able to (much to their dismay, I'm sure) laugh, shrug, and tell them that we have too many kids at home. What we didn't tell them is that having sex in public places, where we always run the risk of getting caught, has become a favorite pastime of ours. What started out as something we kind of did out of necessity has become one of our biggest and hottest turn-ons. So frankly, we won't be stopping anytime soon.

When it comes to my kids, I'm more afraid of getting caught by them and having to explain ourselves, because they're still at an age where they either reenact or repeat everything. And the last thing I need is for their entire class to hear about Mommy and Daddy doing whatever we'll tell them we're doing at home. So for now, if you happen to catch us, just go easy on us.