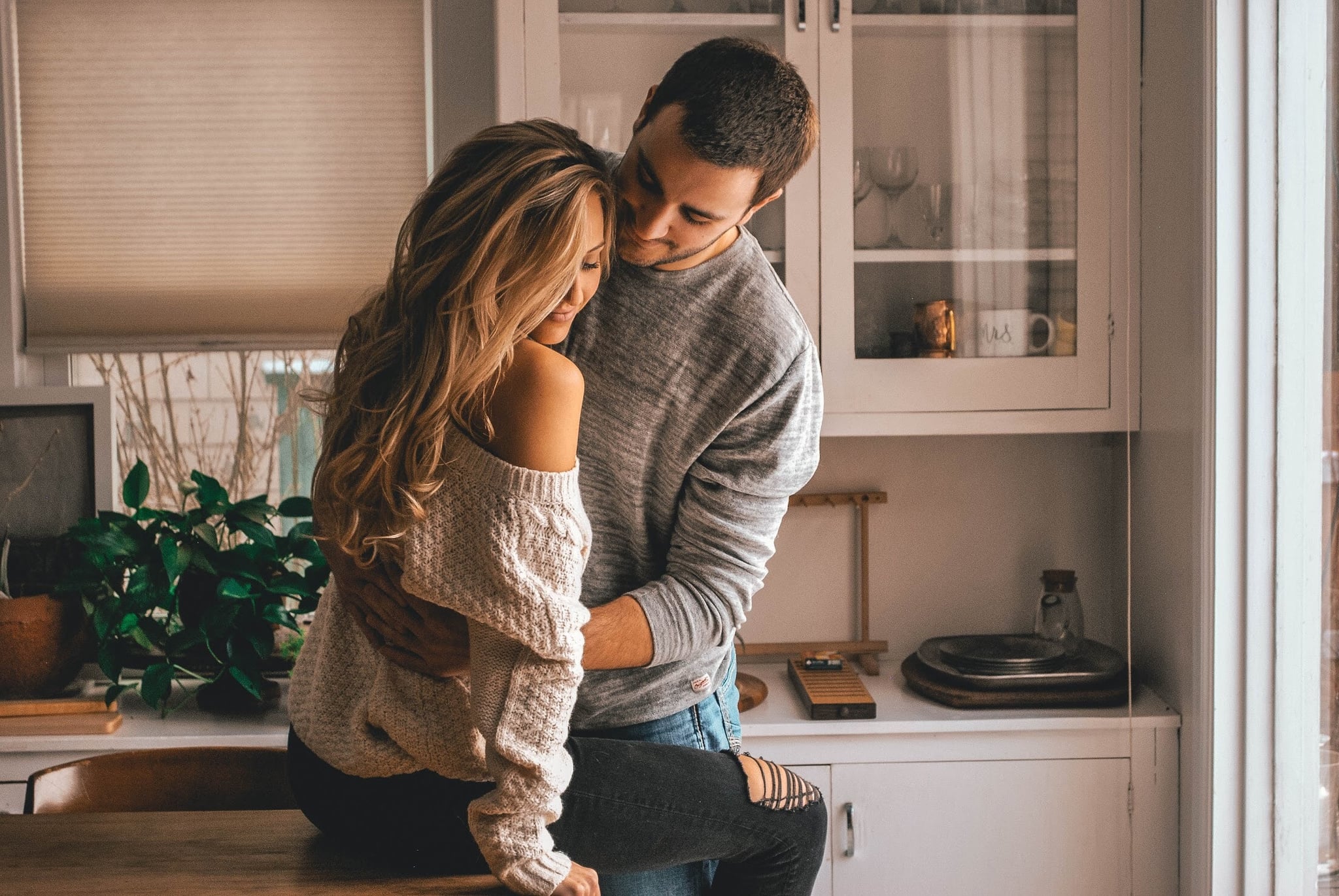 My husband and I have been together for over a decade, so our sex life has had its fair share of ups and downs. We've been through the new and exciting can't-keep-our-hands-off-each-other phase, the boring scheduled-sex phase, the it-feels-like-a-job-you-dread-going-to phase, and, yes, complete dry spells. But for the past four years, we've actually been having the best sex of our lives. What changed? We had kids. Three of them. That's not to say that sex before children wasn't good, because it usually was, but postpartum sex has been life-changing for us.

With the pressure to get pregnant gone, it feels like we're 19 again. It's exciting, it's fun, it's frequent, and we're more adventurous now than we ever were.

When we got married, we weren't fully committed to trying right away for a baby, but we took the "whatever happens, happens" approach: not trying but not preventing. All of a sudden, we'd been having unprotected sex for almost four years and I had not gotten pregnant. We were fairly young and blissfully ignorant to the world of infertility, so we didn't even think of seeing a doctor. We just figured we would have to start actively trying. Then sex became a chore that neither of us enjoyed very much. With sex being such an important element of marriage, the fact that there was no intimacy or enjoyment, and that I went an entire year without having an orgasm, started to take a toll on our relationship. But we eventually saw a fertility specialist and got pregnant with the help of IVF. And then we discovered that neither of us was really into having sex while I was pregnant, so our sex life lay dormant for another year.

Related:
I'm Not Ashamed to Say It — Alcohol Saved Our Sex Life After Kids

I worried about having sex after giving birth. After all, I knew that I would never be the same down there (although I ultimately ended up having a C-section), and I was already incredibly self-conscious about my changing body. But it turns out that our postpartum sex is actually amazing. With the pressure to get pregnant gone, it feels like we're 19 again. It's exciting, it's fun, it's frequent, and we're more adventurous now than we ever were (if you've never tried talking dirty in bed, I highly recommend it). And while my 19-year-old body, with its perfect size-4 waist and perky breasts, has been replaced with a body that's clearly carried and nursed three children, I feel sexier than ever.

Sex after childbirth is different for every woman, and I'm not sure whether or not we're the norm, but I'll take it. During a time in my life when I look in the mirror and often feel like I'm on the verge of a midlife crisis, it's nice to know that I can come home, put the kids to bed, and feel young and sexy again on the kitchen counter. Or somewhere else . . . because beds are boring.