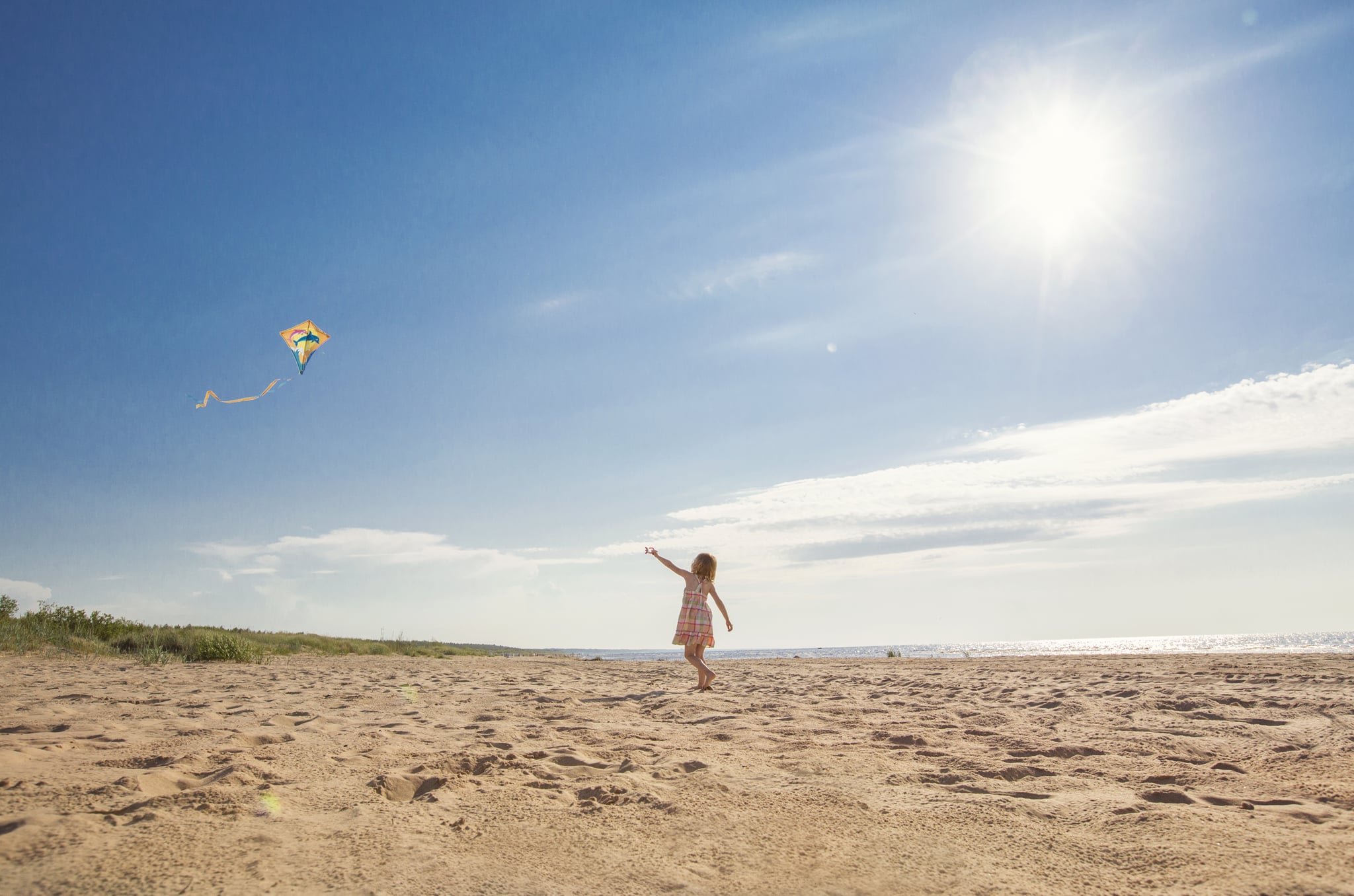 To my little girl, the love of my life:

When I look back on my life before you, there are so many lessons I wish I had learned earlier. So many mistakes I hope to somehow save you from making. And perhaps one of the biggest is how I allowed myself to be treated by others.

I'll never forget that day in high school, standing up in front of my entire class giving a presentation I had worked on for over a month. I was proud of the work I'd done and I was excited to share it. But not 30 seconds into my presentation, a voice called out, "Getting a little bit nipply in here, huh Chesty-McGee?"

I looked down in horror. The air conditioning in that Arizona classroom had indeed caused my nipples to protrude through both my bra and shirt, and they were now on full display in front of the entire class. But I knew I had two options: I could panic and run, or I could laugh it off like the cool girl I yearned to be.

I chose the latter.

Related:
I'm Talking to My 5-Year-Old Son About Sexual Assault, and It's Not Too Early

The boy who had called out was sent to the principal's office. But when I was later asked how I felt about his remarks and if I wanted to see him punished, I again laughed. "No, we're friends. He was just teasing. I probably should have been wearing a sweater. It's fine."

It was 90 degrees outside. Under no circumstances should I have been expected to be wearing a sweater. But there it was — me, taking responsibility for some boy objectifying my body.

That same boy was technically part of my inner circle of friends. But the harassment I faced from him over the four years of high school was anything but friendly. He, and several other guys in my group of "friends," constantly had things to say about my body. Comments about my breasts, which had developed sooner and larger than most of my friends. Remarks on my curves, which existed even when my eating disorder brought me down to an incredibly unhealthy weight. Ratings of my butt, judgments of my clothing choices, and questions about whether or not I was wearing underwear on any given day.

It was endless. It felt like it came from everywhere. And while I would have told you these boys were my friends at the time, and while I constantly laughed it off rather than fighting against my role in the "popular" crowd, none of them actually knew me. I don't think there were every any conversations that took place with those boys outside the context of my body and my sexuality. And even though I never dated or hooked up with any of them in any way, the comments forever continued.

And I played into it. Which is perhaps the truth of this I hate the most.

Related:
This Is How to Talk to Your Son About Sexual Assault, According to an Expert

Years ago, that first boy requested to friend me on Facebook. And I immediately cringed. It was 100 percent possible that he had changed over the years, morphed into a decent, respectable guy. After all, hadn't I become a very different version of myself from who I was in high school?

But all I could think about was passing that same boy in the hall, day after day, year after year, always hearing the same catcalls and remarks about my body.

I couldn't do it. I didn't want to be this guy's friend, or to be reminded of the weak girl I'd been back then, more concerned about being deemed "cool" than sticking up for herself.

So, I did then what I should have done all those years ago: I denied his friendship. I asserted myself as better than all that.

It's a lesson I pray you won't have to learn the hard way, little girl. Because in this world where we condition our girls to just accept this behavior as normal, I want more than anything else for you to know it is absolutely not.

Related:
A Letter to the Men Who Are "Afraid" of How to Act at Work in the #MeToo Era

I have so many stories. So many examples, dating back even to fifth and sixth grade, of me simply accepting harassment as part of the deal. The boys who made a game of grabbing girl's butts on the playground. The "friend" who pinned me to a bus seat and jammed his tongue down my throat, my first kiss, as others cheered him on (and I fought tears from streaming down my face). Stories upon stories of me just laughing it off, even as I was dying inside.

I want you to know that a "cool girl" is one who knows herself and recognizes how she deserves to be treated. A girl who demands more than being reduced to the size of her breasts or the curve of her hips.

I want you to know your friends would never make you feel that way, and even more, would support you in fighting against it.

And that little boys grow into men who don't know any better unless we demand it from them early.

You are a force to be reckoned with, little girl, and you don't have to laugh through harassment the way I once did. Because you are stronger, wiser, and I pray more self-aware than I ever was.

If I do nothing else as a mother, it will be to teach you that.