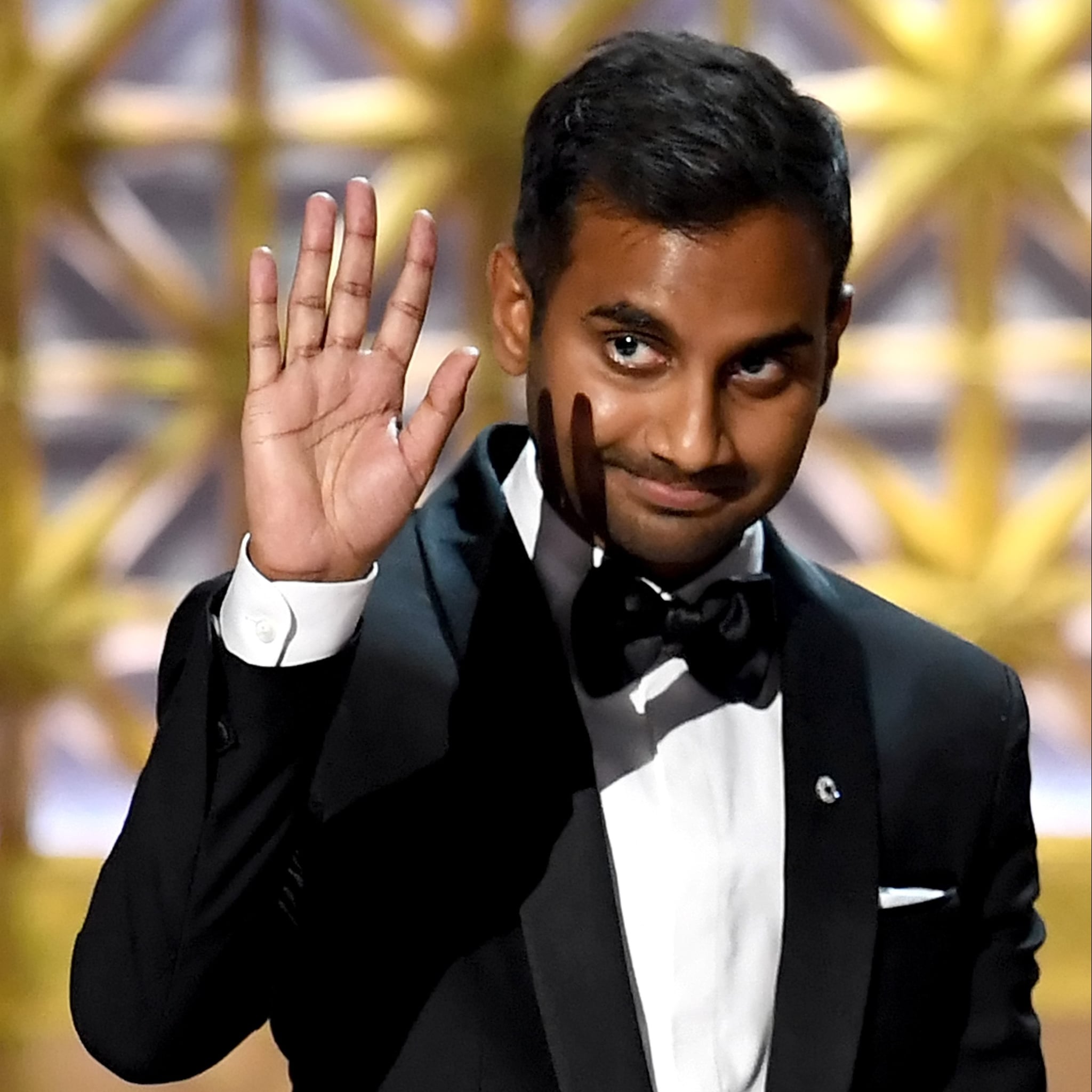 When I first read about the accusations being made against Aziz Ansari, my immediate thought was, "Yup. I've been on plenty of dates that felt similar." The acts may have been different — I never had someone perform "The Claw" on me — but this one time I did have a man repeatedly shove his thumb in my mouth as we made out, even after I asked him to stop. If I ever want your finger in my mouth, trust me: I will put it there. I've also been known to say "we should take it slow" in order to calmly and politely suggest that we stop for a bit, yet despite this request, I once had a date agree to slow down — only to continue what he was doing.

I read all the comments on Babe's bombshell story, and it was there that I saw many people saying that she was an adult who could have left, many people wondering why she did things after saying she didn't want to. They said she "sent mixed signals." But when the action in question is that a man "physically pulled her hand towards his penis multiple times," I'm not sure where that signal got mixed. At what point do you think it would occur to Ansari that if she wanted to touch his penis, he wouldn't have to keep pulling her hand to where it was?

Grace's story is yet more evidence of a clear societal problem that needs to be rectified, in addition to the eradication of the unholy practice of victim blaming. How she responded is not the problem; what he did and what our culture teaches men and women about their behavior toward one another — that's the real problem.

Women are taught to be polite and accommodating. On the Jan. 13 episode of Saturday Night Live, Aidy Bryant honed in on this exact problem. She discussed how women apologize all the time for no reason, many of us doing this out of concern for our safety, concern that if we don't carefully tiptoe around the word "no," it might enrage the other person into harming us. Even if we do say no, that doesn't automatically stop the other person; we aren't machines that magically freeze at the utterance of a code word, and it's easy to forget that we can be turned off just as quickly as we can be turned on. If I was in the mood to have sex when we went for coffee, but no longer am in the mood once we're kissing, I don't owe you anything. And for what it's worth, the same sentiment applies in the other direction.

On a similar note but on a much smaller scale, these situations are not unlike those in which a stranger tells you to smile on the street. If you ignore them, they will get frustrated and call you names — or sometimes they'll follow you for a bit before giving up and moving on. If you respond or just do as they say and smile, you've effectively given this stranger the OK to talk to you. But if you smile and attempt to hinder further conversation, you're then just giving "mixed signals" and can, ultimately, be classified as "asking for it." It's not fair or right, and it's a situation that we need to seriously reevaluate going forward.

It's important to note that this sentiment affects our decision-making when it comes to leaving a potentially harmful situation, too. When I'm on a date in someone else's home or even in a public place, why don't I just leave? Well, I once stayed on a date for two hours (even after he called me boring and lame) because I feared walking to my car, alone, in the dark. What if he followed me? What if he got aggressive when I tried to make my way home? So in that situation, I stayed and was polite until I knew it was safe to walk away. But when I stood up to go, he told me that I couldn't leave until we made out, to which I responded that while I had fun I had to go; I had to get up early the next day. Why did I lie? Because he was standing between me and the door, because I did not want to be walked to my car in the dark by this stranger who wanted to "make out" or possibly more. I told him that he was great and asked if he felt any chemistry between us. He said we wouldn't know until we made out. I continued to be as polite as possible. I told him I was tired. In response, he told me I was a b*tch who didn't give him a chance. I apologized and he finally let me go. And that's why I don't "just leave" — why women don't "just leave."

Being a woman is incredibly tricky. I'm privileged enough to be cis, white passing, and straight passing. Being transgender, disabled, and/or a woman of color is even more difficult. Maneuvering through these situations means making sure that I'm nice enough that I'm not considered a shrew, but not too nice because then anything that might happen to me as a result could be my own fault. Ultimately, we walk a thin line that can be moved without our knowledge.

I know I sound paranoid, as if I believe every man on the street might physically harm me. But there's a reason I feel this way, and it's because I know that "every 98 seconds, an American is sexually assaulted." Growing up, I was told to "play coy" and "play hard to get." As young women, we're instructed not to say that we enjoy sex because then we're "sluts," but encouraged not to be prudes, either. On the other hand, boys are taught that women like to be chased, sought after, and wooed into submission. They're told that females are mysterious, and often don't say what they mean. In other words, we are literally teaching children to grow up to misunderstand each other.

The only solution I can think of is eliminating these "niceties" on both sides. Men need to stop thinking that "hard to get" is a game that women want to play, that we won't simply say we want to have sex if we do. If we want your finger in our mouths, we will put it there. And honestly, if Grace wanted to touch Aziz Ansari's penis, she would have done so without hesitation.

Let's get to a place where we all feel safe saying what we mean, not fearing that this will "take the romance" out of a situation or ruin the mood. When I feel safe, respected, and comfortable, there's nothing sexier than my partner describing what they'd like to do with me. But we need to get to that place first.

And finally, let's use words that mean what they mean. Let's accept "no," without argument or discussion. Let's make people feel safe and respected before trying to grope them, because I'm down for a lot of things, but only after I know that you're someone I can trust.