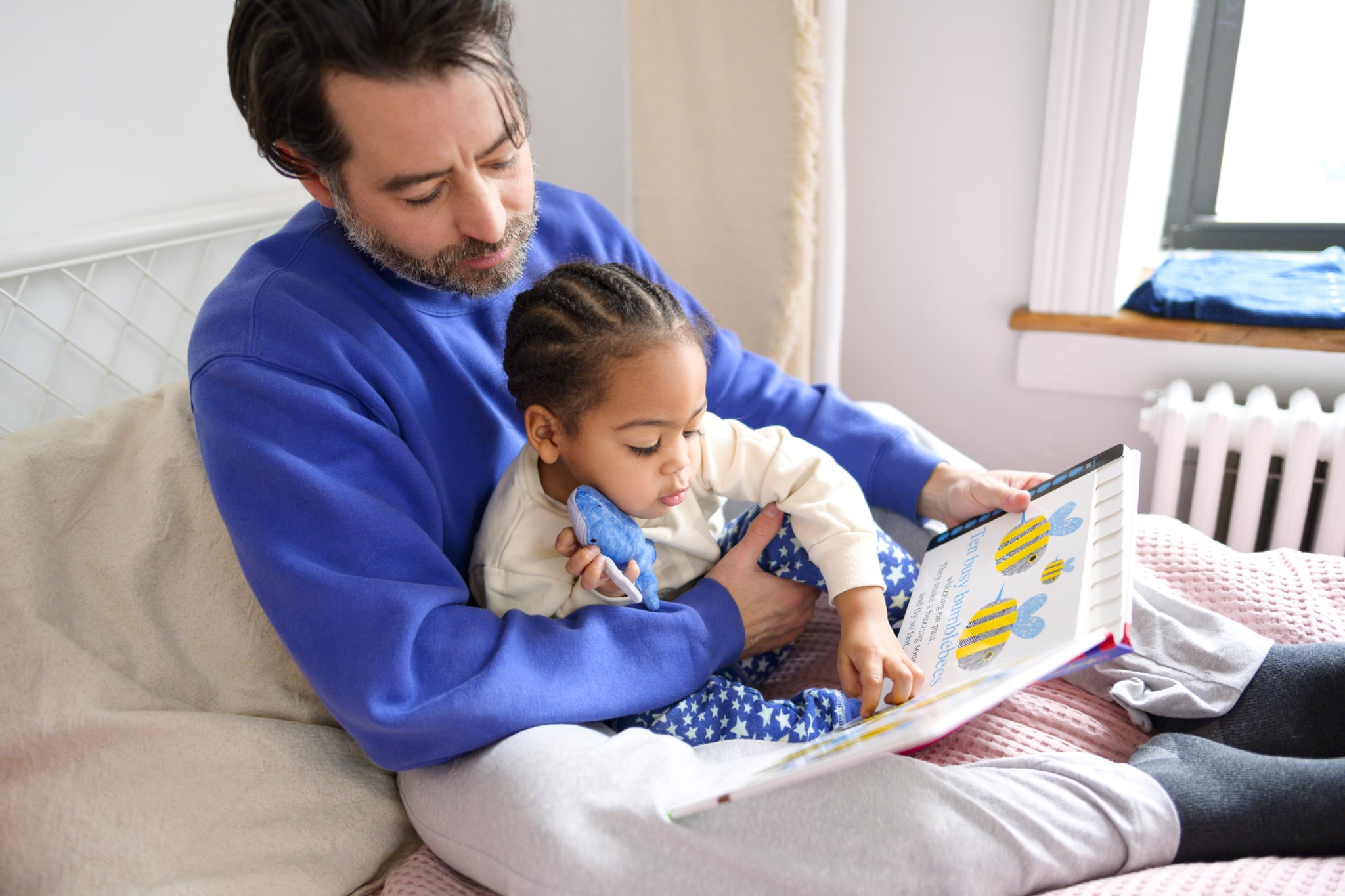 It's inescapable; most parents lie to their kids — at least on occasion. For me, I know I'm under a heck of a lot of pressure to provide my kids with guidance. It's my job to lay out the blueprint for how to navigate life, and that's incredibly daunting. Especially because life is complicated and pretty scary at times. As a parent, I make for a great security blanket, a comforting presence in the face of the unknown. Which is why I often tell my biggest lie to my kids: That I will always be there.

As a parent, my kids look to me as an all-knowing answer machine (which of course I'm not, but I try to wing it as best as I can). I'm also supposed to be omnipresent, but it's impossible to be everywhere at once. I'm around as much as I can be, but like all adults, I've got obligations and places I need to be without my kids. I know that I can't always physically be there and at some point, I know I won't be available when my kids really need me. And heartbreakingly, I know that one day, I just won't be around at all. It's a concept that's just about as hard for me to handle as it is for them. Even though my 9-year-old daughter understands the concept of mortality just fine, the idea that I won't be around one day is still far beyond her. And I'm in no rush to introduce that unsettling reality.

Related:
Parents, Going to Every One of Your Kids' Games Matters More Than You Know

I think parenting is one of the hardest jobs there is. Despite whatever else is on our plate, we want to make our children feel happy and loved, and give them a sense of security and comfort. So even though I teach my kids the value of honesty, tell them they should never fib, and do my best to lead by example when it comes to truth telling, I still indulge in the lie that I'll always be around. Because sometimes, the truth will hurt more than it helps. I've often glanced back at my 4-year-old son in the rearview mirror while driving him around town. He stares out the window, eyes like saucers, trying to take in the enormity of an endless world, full of strangeness and unknowns. Fun to look at and wonder about, surely, but only because he knows that I'll be there to hold his hand as he explores it all. Growing up, I wasn't always sure that I'd have someone to hold my hand, so it's important to me to make sure that my kids know my support and comfort is never far away.

One day, the lie won't be necessary. When my kids are old enough to not look for me out of the corner of their eye when they are a little nervous (yes, I notice!); when I can sit in a chair reading and they won't need me to come to them, instead; when they turn the developmental corner when friends become a bigger priority than parents — the lie won't be important, and I'll be able to let it go. Will one of my kids call me on my fib before that time comes? Probably. My daughter does have a pretty literal mind. "Mom, you can't always be there. Nobody can always do anything!" she'll likely tell me one day. "Maybe so," I'll probably answer, "But I can sure try my best." Hopefully that will be enough.

Related:
7 Times We Should (and Shouldn't) Lie to Our Kids

"Mom, where are you?" my youngest son asked the other day, nervous after I was out of sight a bit too long. "I'm here," I responded. "Where'd you go?" he asked in his most demanding tone. "Nowhere. I'm still here," I replied. "I'm always around." He was satisfied. Yes, what I said was a lie, but it comforted us both. I know that I'll be there for him as much as I can be and that I'll try to come through when he needs me the most. One day I'm going to fail, because all humans are fallible, and I'll have to tell him. By then, I hope to have lived up to his expectations long enough for him to be understanding when I apologize — and grant me plenty of opportunities to make it up to him. Lying to my kids isn't ideal, but it's a sacrifice I'm willing to make. I'm a parent, after all. Sacrifice is in my job description. Dishonesty is usually a bad thing, don't get me wrong, and I want my kids to know that lying is wrong and unacceptable. But sometimes we do the wrong thing for the right reason. I love my kids more than anything, and that's no lie.