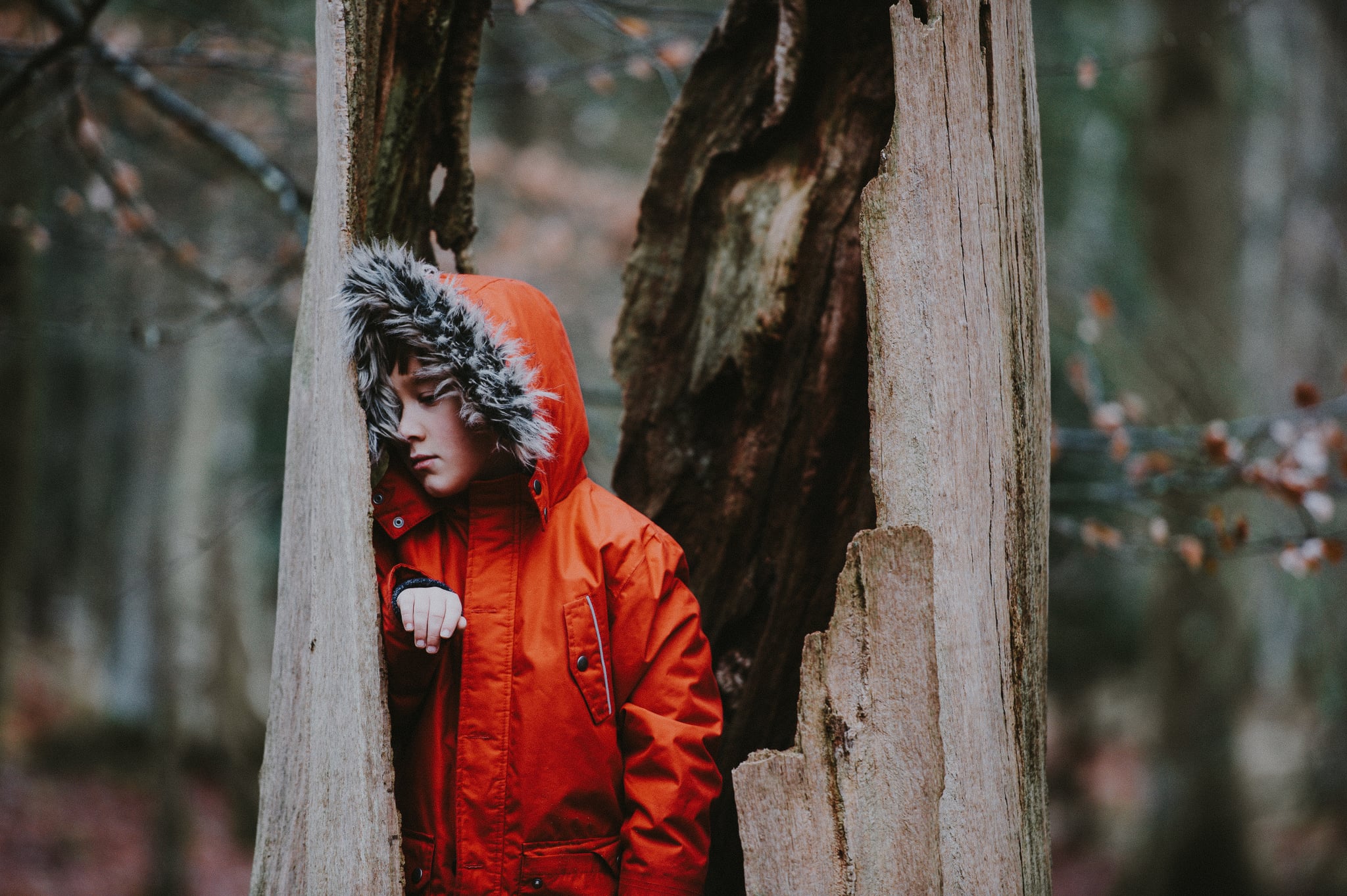 As adults, we come to understand that death is a natural part of life, but how can we even begin to explain that to a child? The concept of death can be very confusing for kids, especially when they see unrealistic portrayals all around them, like cartoon characters getting hit on the head with an anvil only to pop back up, or dead characters in movies coming back on the screen to talk another one through their grief.

Learning how to discuss death with kids in a healthy way is, unfortunately, necessary. While it's not a conversation any of us wants to have, a child may start asking questions after facing a death in the family or the death of a pet, hearing something from a friend, or seeing something on the news. We spoke to Jennifer Charbonnier, PhD, a licensed marriage and family therapist in Southington, CT, about the best way to approach the subject with your kids.

"Children at different ages experience, understand, and process things differently," said Charbonnier. "No matter how bright or mature they are, there's no getting around their stage of development emotionally, psychologically, intellectually, and physically." The first thing to do is to understand where your child stands on this spectrum.

For example, 3 year olds see and hear things literally, so saying someone is "gone" means someone has left the room. Explaining death to this age group is different than talking to a 10 year old, who understands that death is permanent, but instead might have difficulty understanding why — they'd most likely want to talk about their feelings instead of asking questions on the meaning of death.

When talking to younger children use clear words, rather than abstract concepts. "They understand feelings like love, anger, and happiness more simply," Charbonnier said. You can say "when I'm sad, I cry," for example, instead of saying, "I'm crying because this person is gone."

"Death is generally a pretty abstract and complicated concept, and there are few child-appropriate descriptors for it," explained Charbonnier. It's challenging, but avoid using general explanations. For example, telling a young child that someone was very sick so they died can lead to anxiety — being sick is something that can happen at any time and to anyone. They likely don't yet understand the difference between being sick with cancer or being sick with a cold, so it can lead to fear.

Offering very specifics might be the best approach. "Children best understand the language they speak. As a rule of thumb, the younger the child, the simpler and literal the explanation needs to be," Charbonnier said. Go into detail and explain that not everyone who gets sick will die. Reassuring the child of his or her own health, and the health of others in your family, can help ease nervousness.

Charbonnier suggested "using language or terminology that fits with the family belief system and offers a basic explanation." It's OK to say someone passed away, went to heaven, or died, as long as you are consistent with your explanation through conversations.

If a child sees death on the news or a family member has a tragic passing, the expert said it's best to not overwhelm them with forensic terminology (words like drowned, murdered, etc.), but you also don't want to oversimplify things by saying they are on vacation, sleeping, or moved away. "Those explanations open the door for expectations and anticipation that the person will return," Charbonnier said.

Be prepared for your children to ask questions ranging from "are you going to die?" to "who will take care of me?" State that everyone dies, and death is a part of life, Charbonnier suggested, adding that you might want to say something like: "I don't expect to die for a very long time, but if it does happen, [insert caregiver name] will take care of you."

Related:
The 1 Thing That's Helped Me Cope With Losing My First Grandparent

3. Be mindful of how you behave in front of your child, and explain why they may see people upset.

Children look to the adults around them during confusing times. While it is completely understandable that you may be unable to conceal your grief if someone close to you has died, allow your children to understand what they may be seeing in the days, weeks, and months following a death.

Even infants or toddlers can sense a shift in feelings, so keeping as much of their routine stable as possible will help them cope. Let them know if that won't be the case so they can maintain a sense of comfort.

4. If you're choosing to use religious explanations for death, make sure to use concise language.

Some families might choose to mention heaven, angels, or other religious beliefs in their explanation to their kids. While these are personal ways to describe death, using solely religious explanations may be ineffective for young children, so it is important to also add in concise and concrete language.

Charbonnier said saying something like this strikes a good mix: "This person is no longer present in this world on a day-to-day basis. They will not be back as they were. They now live in heaven/with God or have gone to the sky/into the ground/etc." Allowing a child to pray with you, or telling them they can talk to the deceased can help, as long as they understand there will be no physical reality of that person.

5. Listen to and comfort your child.

Whether your child has heard about death from someone at school, or they are experiencing it firsthand after losing a loved one, they will need to be comforted by you. Keep in mind that every child will react differently. Some children may be silent, some may cry, some may ask questions. Validating their feelings goes a long way.

Charbonnier recommended organizing a special activity, like making a keepsake, "writing down memories or making a memento honoring the person who has died." If there is somewhere you go to find peace or reflect on death yourself, she encouraged asking the child to go with you. "Invite them to go with you and remind them all feelings are normal and death is very sad."

It's also important to give children the words they need to express how they may be feeling. Encouraging kids to freely show their painful emotions and sadness allows them to complete the mourning process. Oftentimes, young kids have a hard time vocalizing fears and insecurities, so listen to your child, and check in with them over time to make sure there is ample opportunity for them to express themselves.

Don't forget to keep everyone outside the family who is in contact with your child in the loop as well. "Be sure to let a teacher, babysitter, or guidance counselor know of the death or your child's questions about the topic, and ask them to assure the child they will relate their concerns to the parents," Charbonnier suggested.

Fertility
Do IVF Injections Make You Hungry? Here's What Experts Want You to Know
by Sydni Ellis 4 days ago