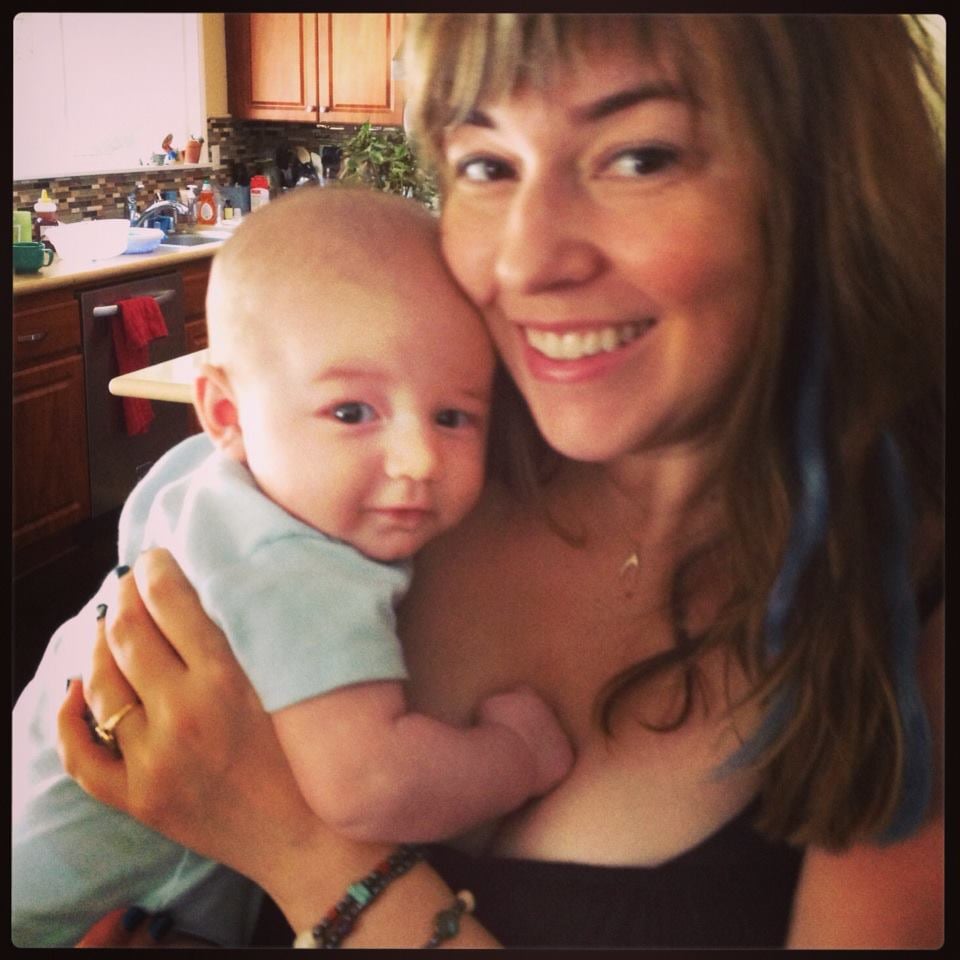 I was pregnant on my 40th birthday. It was not the birthday present I'd imagined, but it was the one I'd wanted. One month earlier (and 21 pee sticks later), my husband and I were now becoming cautiously excited. It had taken me a long time to truly want to be a mother. I hoped I was ready.

"When are you going to have babies?" That was the question family, friends, the lawn guy, and the lawn guy's wife started asking me shortly after I was married. It was on everyone's mind for a long time, and it surprised me because it was the last thing on mine. I was enjoying spending time with my husband, focusing on work, and saving money for Instagram-worthy vacations. I was continuously amazed that this question persisted. Did my life seriously seem that empty until I fulfilled my inherently feminine baby duty? My answer simply became a polite, "When I'm ready." This response garnered confused looks and awkward smiles. I had stumped the masses by being a woman not ready to immediately give birth. But for a long time, I really just wasn't ready.

Related:
I Said This 1 Thing to My Son Every Night For a Week, and It Changed Our Relationship

I happily lived my life kid-free until, at 39 years old, I began to feel time moving faster. I was feeling "old," or, at least, that's when my ovaries started feeling their age. At 39 years young in the world of baby-making, I should have been handing my uterus an AARP card and a geriatric walker, but in reality, I trusted that I knew myself better than ever. Finally, deep down, I knew I wanted to have a baby. I was ready to be a mom.

And besides my knees giving out every time I run after my child, being an older mom is awesome. I don't know what kind of parent I'd be if I'd let friends and family rush my mamma-making decision process. I do know that as a younger woman, I had very little patience with myself. I was quick to self-criticize, and oftentimes I'd criticize those around me as well. So I can only imagine how that coarse trait would have translated into my parenting style. In my 30s, this was something I was able to put into perspective. I'm glad I had the time to do so.

Related:
To the Mom Who Thinks She's Losing Herself in Motherhood, You'll Be OK

It's true my older mom face doesn't pull itself together as fast as it used to on those sleepless nights, but that's what concealer is for. I own a lot of concealer. Since I waited so long to have my son, I was able to stand back and watch the majority of my girlfriends turn into moms — each with their own parenting style. I never thought of myself as a copycat, but I watched and learned from my amazing mom friends and was able to develop a parenting approach that works for us.

Mostly, what makes being an older mom "da bomb" (that's what all the young moms say nowadays, right?) is that I waited. Hamlet said, "The readiness is all," and he was absolutely correct. (As an old mom, I'm allowed to be wise and quote old things.) I have no regrets and no mixed emotions to interfere with being a parent. Being pregnant was the best birthday present I've ever gotten. And when my son finally came, I was more than ready for him.

Pregnancy
Age Affects IVF Success Rates, but It's Not the Only Factor — Here's What to Know
by Devan McGuinness 3 days ago