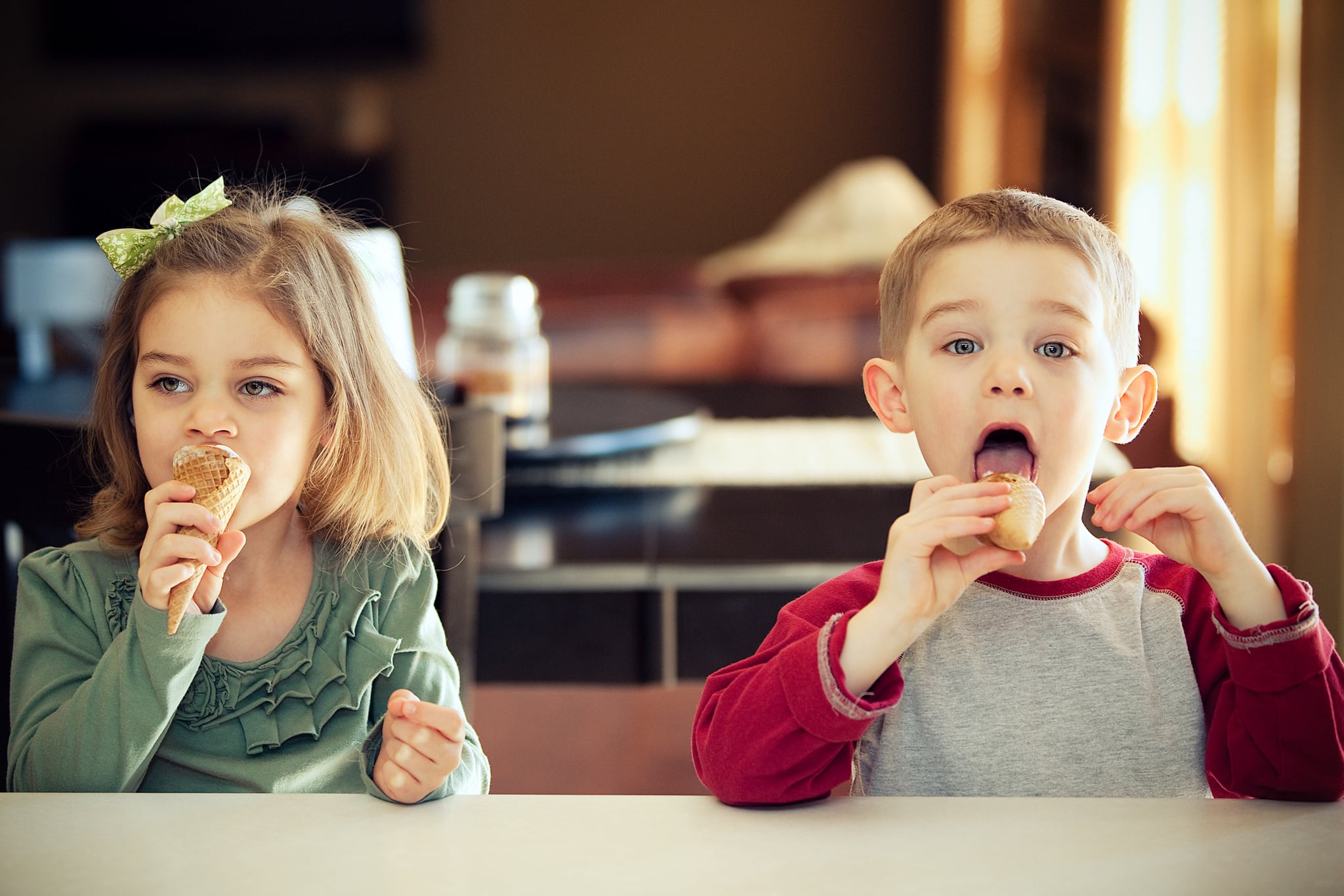 When people think of twins, they may envision the stereotypical two siblings who look identical, dress identical, and are even of the same sex. The next thing that often comes to mind is a fierce sibling rivalry. And while the other stereotypes may not always be true, as a twin myself, I can attest that the rivalry typically is — even if the twin is not of the same gender. But the bond that grows with that sibling rivalry is even fiercer.

You see, I have a twin brother, and we started fighting in the womb. It's still a running joke in our family that my brother is pigeon-toed because I smothered him in utero. Even right after birth, we fought and competed. My mom has old journals from when we were babies and toddlers where she wrote, "Angela just beats up on poor Deno" or "These two sure do fight!" As a mother myself now, I am positive that all that fighting drove my mother completely insane. And it only got worse as we got older.

As kids, we made everything a competition. We raced daily down the sidewalk, our older brothers blowing the whistle when to begin. We played intense rounds of board games and any sport you could think of in the backyard. The list went on: Who could learn how to ride their bike first? Who would swing the highest on the swing set? Who could earn a 100 percent on the spelling test? As we grew into teenagers, it became worse . . . but in different ways. The whole being a different gender thing started to affect our competition. My brother started flirting with my friends, and I started flirting with his. He despised this; there were times it felt like he truly wanted to just kick me out of the house.

Avoid Raising a Sore Loser With These 7 Tips

But thankfully, something happens to twins once they finally grow up and part ways. They miss each other. When my brother and I went to separate colleges, we did something we never thought we'd do — we visited each other. After years of feuding and complaining about one another, we wanted to share in our college experiences and even show our twin off to our new friends. Through the years, my brother and I have proven that nothing is more solid than a family bond. The more mature we get, the stronger it gets.

When my mother was diagnosed with cancer a few years ago, my brother and I communicated from afar almost daily. I lived close to my parents so I was able to monitor our mother's health, but my twin lived a plane ride away. He made a conscious effort to come home often to help with our mom but to support his twin sister, too. This time truly strengthened our twin bond even more. Today, my twin brother and I are the closest we've ever been. He's an incredibly fun and mischievous uncle to my two small children, and we constantly encourage one another. Just the other day, when I had a couple of writing pieces rejected, he floated me a text that read, "Keep going, Angela. Never give up!"

And with those simple words coming from my twin, who I apparently kicked in the womb, I put pen to paper and kept writing. Instead of being competitive with one another, today we do the opposite. We challenge, we motivate, and we inspire each other to constantly do better and be better. Yes, our childhood was full of sibling rivalry, but our bond was never broken because of it. And with all that life continues to throw our way, I'm convinced it will only get stronger.

Hailey Bieber
No, Hailey Bieber Did Not Start the Brown Lip Liner and Gloss Trend
by Ariel Baker 21 hours ago