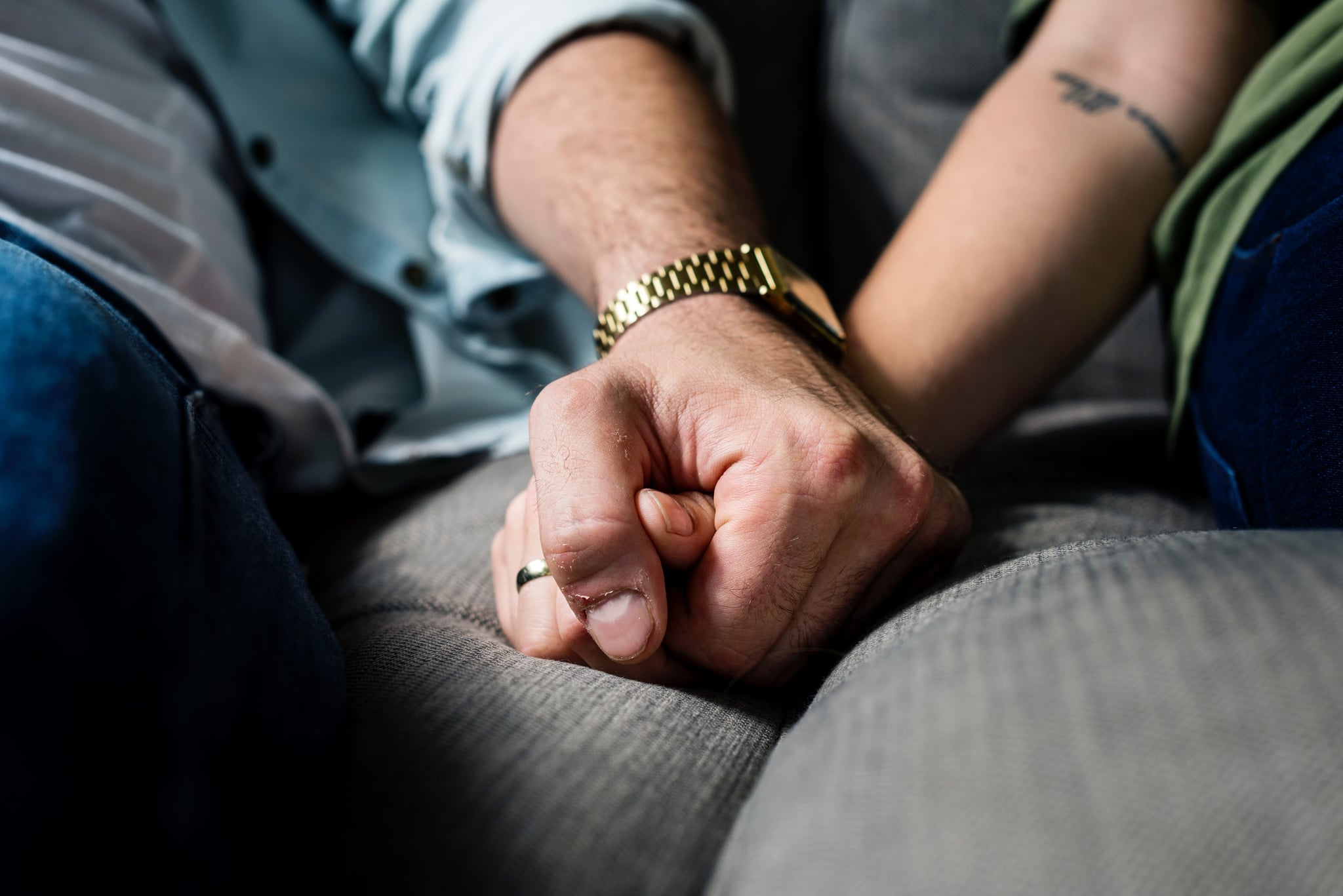 When my husband and I got engaged 10 years ago, we decided to get married in the church where both my grandparents and parents had exchanged vows (sweet, right?!). We were not expecting that super-traditional choice to lead us to an ultra-modern female pastor who was only slightly older than us and who agreed to marry us under one condition: we'd do some serious premarital counseling with her beforehand.

Having always been intrigued by the idea of therapy, I was totally game, and luckily my soon-to-be husband was, too. We spent six sessions discussing how we envisioned our lives together unfolding, including how we wanted to deal with finances, where we wanted to live, how many children we wanted to have, and what we wanted our careers to look like. Overall, it was a wonderful experience, proving to me that I was marrying the right person and that our communication skills — the glue I was sure would make our marriage last a lifetime — were solid.

We kept our heads down for so long, forging ahead, that when we finally looked up, we could hardly see each other.

And so, with our pastor/counselor's blessing, we got married in a blissful ceremony on a perfect day, both believing our relationship was bulletproof. And then, two weeks later, I got pregnant. Nine months and a few days after we exchanged vows, we welcomed our daughter to the world. Four months later, we moved from the large city where we met, had built careers, and had countless friendships to a suburb where we knew no one. Nine months after that, we moved again to another suburb, where we had to build another support system. I got pregnant again. I quit my job. My husband became the breadwinner while I became a stay-at-home mom. We had discussed all these things in our premarital counseling as possibilities — ones we'd said we would embrace fully — but living them? That was totally different.

Our relationship suffered while we did the exhausting work of raising two children while maintaining careers, a home, friendships, relationships with family members, and our own mental health. We kept our heads down for so long, forging ahead, that when we finally looked up, we could hardly see each other. There was a great divide between us; we'd dug it ourselves without realizing we were doing so.

Related:
My Husband and I Don't Sleep in the Same Bed Anymore Because of Our Kid

And that's when we went back to therapy, almost too late, but thankfully, not. It wasn't as easy the second time around. We weren't just discussing hypothetical life plans with heart-shaped stars in our eyes. We had lived those plans and created a real, messy life together. Our understanding of each other and our limitations was clearer. We had resentments. We blamed each other for things, both unfairly and justly. We had, individually and despite still loving each other immensely, imagined whether life would be easier without our marriage. But, at the heart of it all, we wanted to find our way back to each other.

I truly don't think we would have been able to do so without our therapist. It was a lot of work, unpacking our top-line complaints ("she isn't affectionate enough," "he's irritable and short-tempered") and getting to the root of our problems, both as a couple and individually. Yes, we had to talk a lot about our childhoods and our relationships with our own parents. Truthfully, after starting counseling it got worse — much worse — before it got much, much better.

Related:
Becoming Parents Fractured Our Marriage, but We Fought Our Way Back

I have to wonder that, if we would have stuck to counseling throughout our marriage and not taken such a long break, if things would have gotten so dire. We still would have had problems, I'm sure, but facing them and dealing with them before they had time to grow and take root surely would have helped prevent them from getting so big that they threatened to destroy us.

And because I believe that so greatly, we've vowed to never take that long of a hiatus from therapy again. Even in the best of times, having a neutral, caring, insightful person to help you navigate current issues while warning you of potential ones is invaluable. A good therapist knows the human condition. They know the pitfalls that come with being a person who has decided to commit to another human being for life. And they can help guide a couple through those rocky waters, and maybe, just maybe, they won't be so rocky after all.