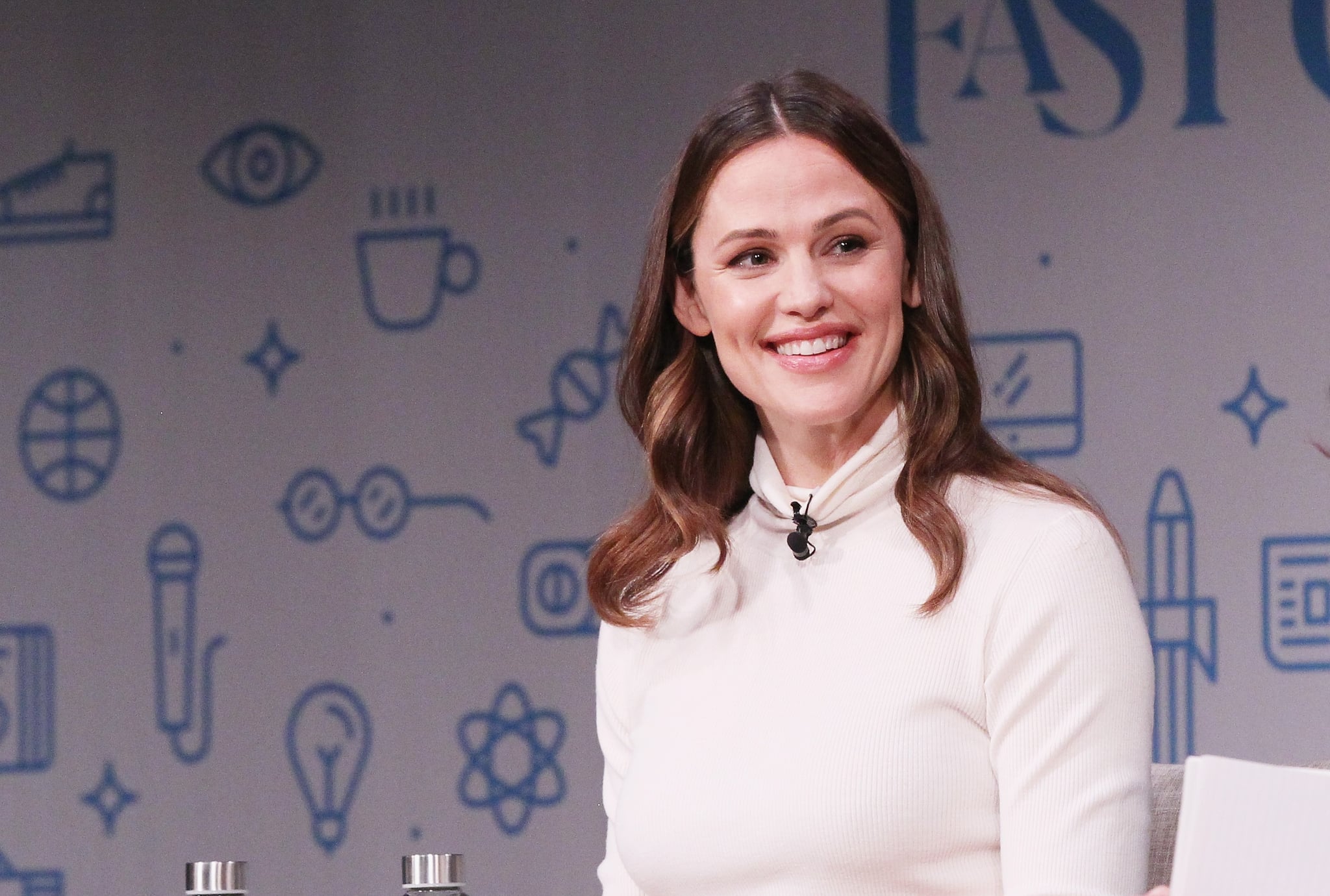 Jennifer Garner chatted about her pregnancies and how her body has changed after having her three kids — Violet, 15, Seraphina, 12, and Samuel, 9 — in a candid interview with Giovanna Fletcher, the host of the Happy Mum, Happy Baby podcast.

Although she had three "great" pregnancies, Jennifer admitted that she was consistently nauseous during the first trimesters and would try anything to get relief. "Each pregnancy I was more nauseous than the last," she said. "I remember with my son . . . it was bedtime and I always put my kids to bed, and I could hear them calling for me. But I knew if I stood up I was gonna be in big trouble so I was hiding under a blanket. And somebody had told me if you cross your arms, you cross your legs, and you close one eye, maybe it'll help. So I was sitting there under a blanket with my arms over my chest, my legs crossed, and one open and I was like, 'Someone please put those kids to bed.'"

Related:
5 Celebrity Moms Who Have Shared Their Rainbow Baby Journeys With the World

Spoiler alert: Jennifer's trick was for naught, but she did have some success with listening to the famed cellist Yo-Yo Ma. "I would listen to Yo-Yo Ma and I would focus all my energy on him playing the cello," she said. "And I don't know, I think that works!"

"I can work really hard, and I can be really fit, and I will still look like a woman who's had three babies."

She also addressed the pregnancy rumors that she's battled in the past — most notably in an Ellen DeGeneres interview in 2014 — because she had what appeared to be a "baby bump" after having her children. "There are some incredible women whose bodies just, no matter how many babies they have, they bounce right back to that slim-hipped, no stomach," she explained. "It's incredible. I have so many girlfriends who have that physique, and I'm so happy for them. I am not one of them. That is not my gig."

Jennifer, who shares her kids with ex-husband Ben Affleck, explained that regardless of how much she works out, her body will never go back to the way it was pre-kids. "I can work really hard, and I can be really fit, and I will still look like a woman who's had three babies, and I always will," she said. "It's still happening. I'm 48, and I'm single. And it's still happening, so you might as well just take that bull by the horns."

She pointed to the Duchess of Cambridge as an example of a woman who seemed proud of what her body accomplished after giving birth. "It's like when beautiful Kate [Middleton] walked out of the hospital, and she didn't hide the fact that she looked like a woman [who was] just a few hours postpartum," she said.

Listen to the full podcast to learn all about Jennifer's new film Yes Day, which will be available to stream on Netflix beginning March 12.