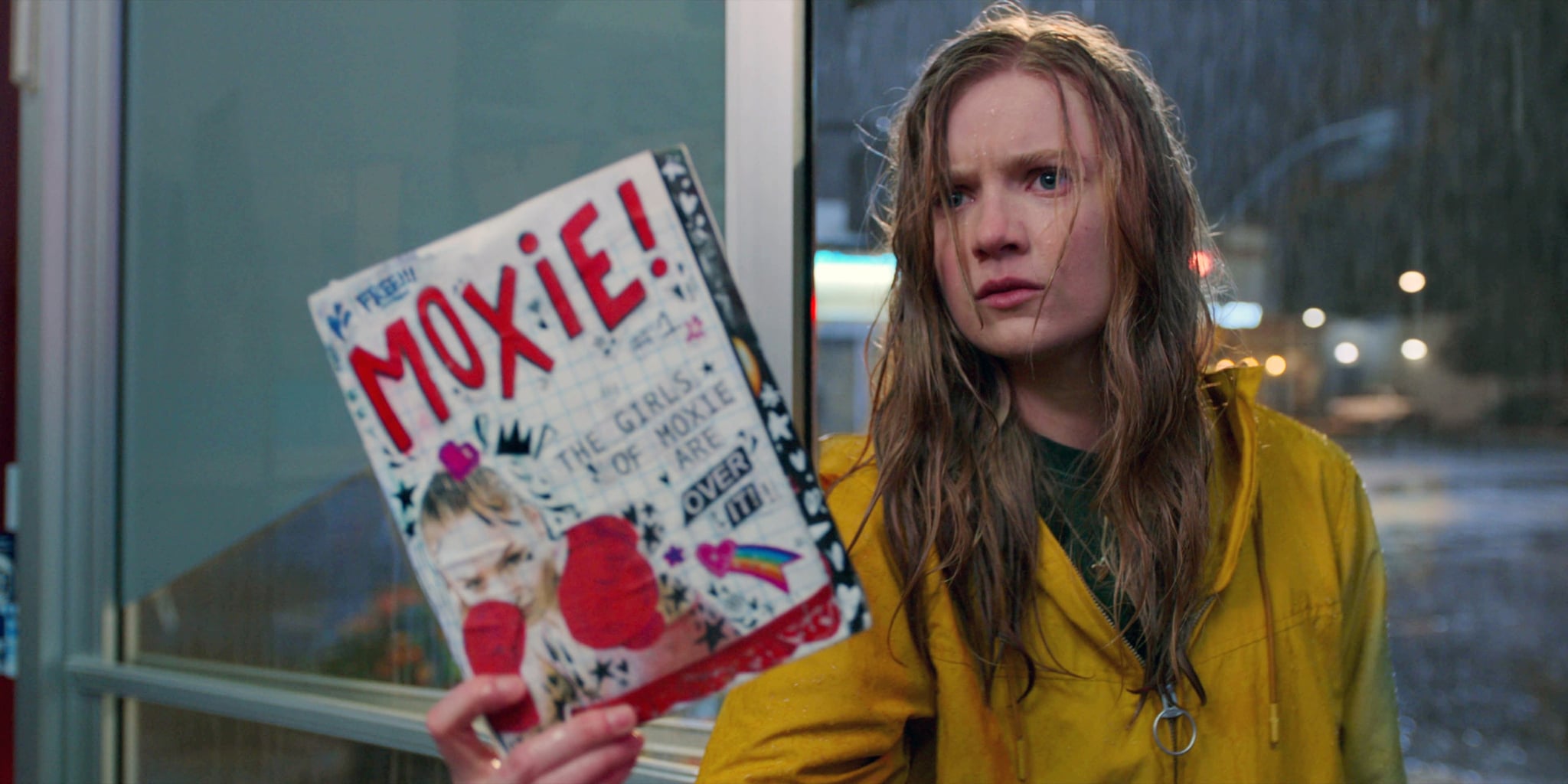 I'm all about introducing the younger generation to feminist tropes — it's practically why I had kids — so I love seeing teen movies attempt to tackle these issues, while making me laugh at the same time. Enter the new Netflix original movie, Moxie, now streaming.

Directed by Amy Poehler and adapted from a novel of the same name by Jennifer Mathieu, Moxie tells the story of a teenage girl named Vivian (Hadley Robinson) who is frustrated with her toxic and sexist high school environment and decides to fight back with a zine. The movie also stars Alycia Pascual-Peña as a new student named Lucy who helps Vivian see the injustice at the school, as well as Amy Poehler, Nico Hiraga, Patrick Schwarzenegger, Josie Totah, Josephine Langford, Ike Barinholtz, and more.

It's adrenaline-packed soundtrack, equality-focused theme, and feel-good teen comedy makes Moxie a must-watch! But before you hit play with your teenagers, there are a few things parents should keep in mind.

This movie may have used a few too many stereotypes to prove its point (we all know dress codes are sexist, right?), and the white savior complex demonstrated with the white main character leading the movement was uncomfortable at times, but, overall, I really liked it. It showed the themes of white privilege, harassment, how women are rarely believed, how "nice" abusers can seem to others, and how women can take a stand instead of the alternative of doing nothing. Be prepared to have a conversation with your kids throughout the film, as there still are lots of complexities to untangle. Though Moxie may not be the perfect teen movie, it's trying to make a difference and inspire the next generation of rebel girls and their feminist men allies.