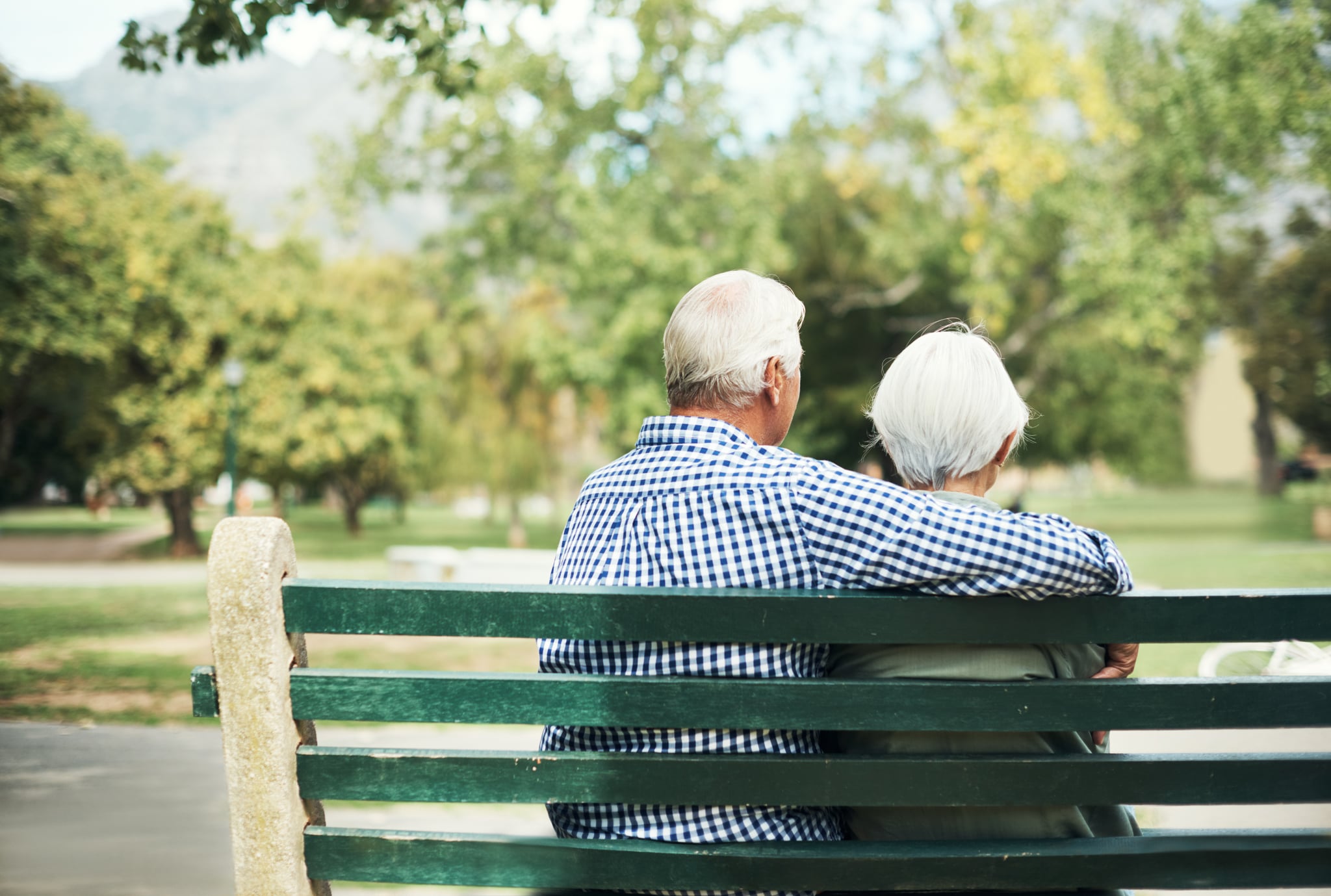 When my family tells stories about my grandparents, we like to say they are the real-life characters from The Notebook. They met right before the Vietnam War when my grandpa was 21 and my grandma 19. After three weeks, they got engaged, and a month later, they were married. Their whole love-at-first-sight story is pretty romantic in theory, especially when my grandpa describes what my grandma looked like when he first saw her (navy blue dress with a white beaded headband pulling her hair out of her face, with a silver chain around her neck); it's swoon-worthy. I had only ever known them together, wildly in love, and gracefully existing together as everyone else in our family fumbles with relationships and kids of their own. But this year, during a flippant conversation, I discovered that they actually have each been married twice . . . both times to each other. After about three years of marriage back in 1958, they got divorced, citing irreconcilable differences. My grandpa quickly enlisted in the Air Force, and my grandma enrolled in NYU, essentially separating to opposite ends of the Earth.

When I asked my grandma more about her divorce from the man whom she currently falls asleep to every night, she said she wasn't the person she wanted to be for someone else to fall in love with when they separated. At first, I really thought she was suggesting that she needed to love herself before someone else could love her, which is a notion I don't really agree with. I don't believe love and respect are contingent upon a level of self-love. But that wasn't the case with her. Instead, she explained to me that she hadn't grown individually in the way she had hoped to before allowing another person into her orbit. She recounted how after the divorce, she jumped around to three colleges, getting a total of four degrees, while studying languages and religion. She spent Christmases in New York and Summers in Santa Barbara. For an entire year she lived in Thailand, as off the grid as a person could be at the time. Her experiences weren't always solo, and oftentimes, she said, she absolutely needed the company of others, but the companionship she craved just wasn't the romantic kind.

Related:
Every Time I Want to Give Up on My Marriage, I Fall Back in Love With My Husband

My grandpa, on the other hand, was quite the opposite. He sought out structure, a clear path for himself, and training in practical skills. He truly doesn't talk much about the war, and I'm willing to bet he did not keep any mementos from his time, so it's hard to say what he took from his experiences beside his unwavering ability to empathize deeply with other people. But when he talks about what he was like as a teenager, he swears he never knew how to connect with anyone and saw things through a very indifferent lens. When I think about the times I was pushed into some of the most difficult, isolating, and challenging experiences, I realize how much those moments shifted my worldview — so I can only imagine what that was like for him.

When he left the war, he moved back to New York to work on a farm in a tiny town outside New York City, which, ultimately, was the perfect place for him. He went from depending on and being depended on by dozens of people to living in the middle of nowhere with just a few cattle. I think he made such a drastic move so he could reintroduce himself to nature and give himself the space and solidarity he needed to cope with what he'd experienced. I don't entirely know what drew him from such a quiet life to wanting to move back to New York City, but he eventually did and bounced around as an intern, a cartoon artist, and a marketer. He ebbed and flowed through many personas quickly and casually.

The two of them lived completely separate lives, and their old selves transformed into completely new versions. Both of them were influenced by surroundings they never would have experienced if they had stayed married, and both evolved into people I'm not sure the other person even saw as a possibility when they first met. But fast forward about seven years, and my grandpa was working as an advertising agent in New York (like a real-life Don Draper) and my grandma was in New York as a semiprofessional golfer.

Related:
I Had the Perfect Partner, but I Still Wasn't Over My Ex

My would-be grandparents were invited to the same party by mutual friends they knew from their earlier days. And while their second meeting is slightly less romantic than their first meet cute, it's much more inspiring: because now, they swear they saw each other like strangers. Physically, they looked the same, but they each say they could just tell the person in front of them was different, as if they had outlived who they were when married. This time around, they took more time to learn about the other and to reintroduce themselves. This entailed compromising to meet the other in their new identity.

My grandpa went with my grandma to Costa Rica because she was still in the process of exploring and had that itch to move around, and he needed to work to be a part of that. When he needed to be a bit more stagnant and attend fundraising dinners or galas, she worked to be a source of stability and reliability by showing up and supporting him. Their dates were all over the spectrum, from relearning what kind of food the other person liked to finding plays the other one hadn't already seen without the other.

The process took six months, which for their standards is an eternity, and then they did the whole marriage thing again. There wasn't so much a proposal as the first time, but instead a natural conversation over how they wanted to start a family and what that would look like. They were open to discussing finances, because my grandma had gotten into a lot of student loan debt, and they remained completely transparent about the grittier, tedious aspects of their lifestyles. There may not have been the same rom-com level of romance in their second engagement, but they each say they were much more confident and emotionally prepared the second time around.

I don't believe they would suggest the act of marrying, divorcing, and remarrying to any young couple out there who may be hesitant. Their experiences were so uniquely them, and their purpose of getting divorced wasn't to explore other relationships (although that did happen on a casual scale). The intention, whether they knew it or not, was to become people who they believed developed the right amount of self-esteem and personal integrity to best devote to their partner. And now, many years later, we can all see they were always meant to be.