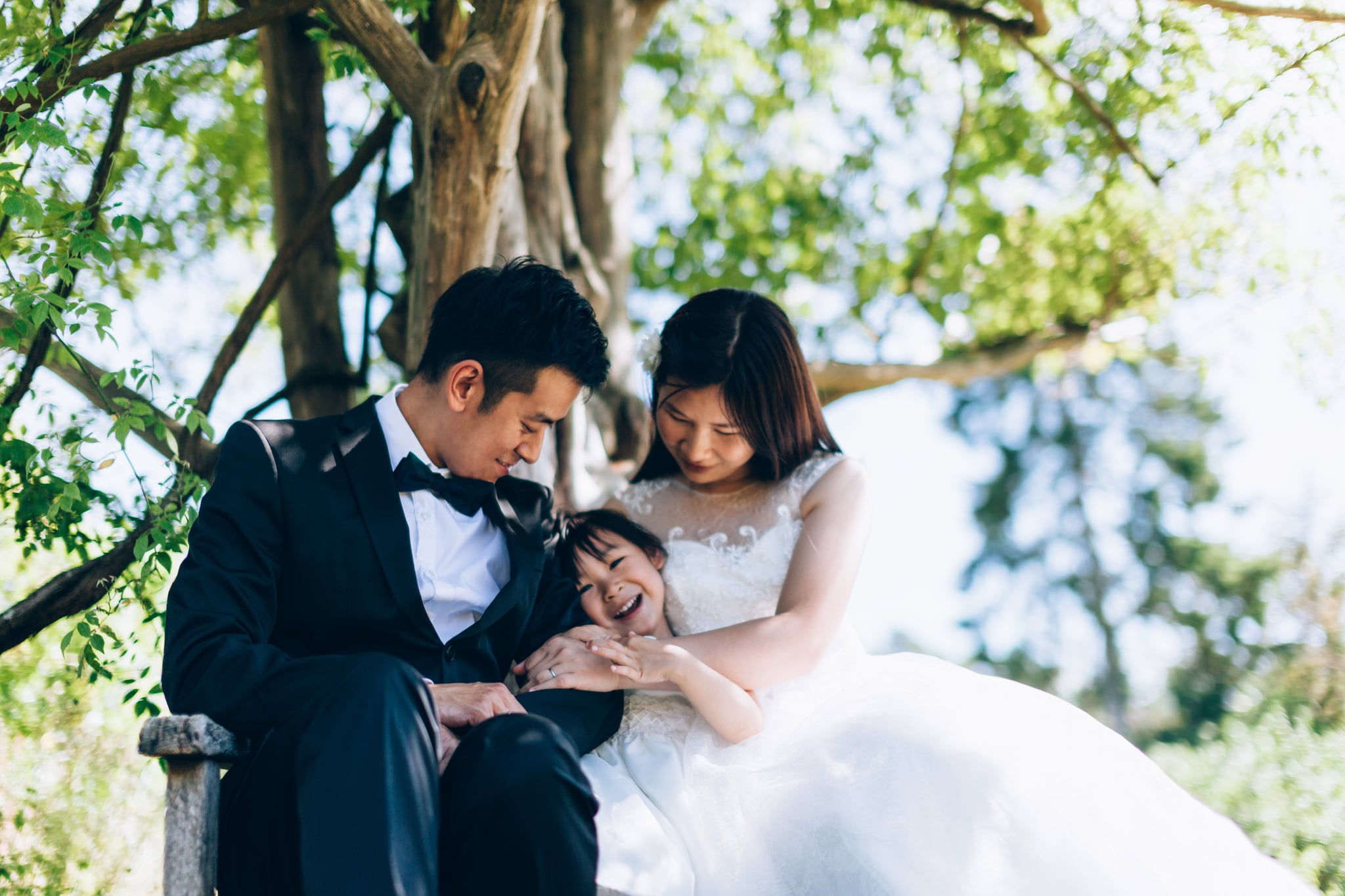 After my daughter's father and I got divorced, I wasn't even sure I wanted to start dating again. Part of me felt like throwing in the towel and accepting the single life forever. I was terrified as a single mom of a precocious 2-year-old and felt an immense pressure to date the right guys — because after all, it was no longer just me. Anyone I met had to be worthy of my daughter, too.

In the beginning, after coming off of an almost two-decade long relationship, I casually dated. I never introduced any of those men to my daughter because frankly, they didn't deserve to meet her. My little girl is everything to me, and there was no way I was going to bring someone into her life that I didn't see some sort of future with. And, on top of that, I wasn't even sure I wanted to open my heart again in that way. So when she was with me, it was all about her. I used the time she was with her dad to be with my friends and try the dating scene.

After a few months together, I introduced my daughter to him — and it felt comfortable and right.

But after about a year of casual, one-off dates and shaping up my flirting muscles, my friends begged me to give online dating a try. If for nothing else, they wanted to help me get my swagger back. I had completely lost it after my divorce and got nauseous at the idea of starting over as a late 30-something, single mom. But I signed up anyways, and then, I met Jason — we had an instant connection, and he made it so easy. And, he was all the things you would want in a partner. At this point, my ex-husband and I had been divorced and living apart for a couple of years, and my daughter was 4, so she had grown used to her parents being separated. It was an extra blessing that Jason was also able to roll with the punches that come with an ex-husband and shared custody. He always showed interest when I talked about my daughter. And although he had yet to meet her, she was an organic part of our daily conversation.

After our first date, neither of us wanted to date anyone else. I don't know if I believe in love at first sight, but both of us knew pretty early on that this was going to be something big. And so after a few months together, I introduced my daughter to him — and it felt comfortable and right.

Related:
I'm a Widow, and My New Fiancé Is Close With My In-Laws

I wanted her to know that this wasn't us versus her; this wasn't just about Jason and me getting married. It was the beginning of us blending a family.

When she was 6 years old, we got engaged and told her about it together the night after it happened. Only our parents knew, and it was important to both of us that she was in the loop before it became public knowledge. It was a moment we both wanted to share with her. I watched as her grin spread from ear-to-ear and she burst at the seams with excitement (though I think that may have had to do with the realization that Jason's two dogs would soon be living with us). We involved her in the wedding process from the very beginning, taking her to bridal boutiques and shopping for her to pick out her own dress and accessories. She helped pick out my wedding gown and came to all my fittings. She even walked me down the aisle.

Her involvement was so important to both of us. As a product of divorce myself, I know firsthand how hard it is to be in a situation you didn't choose and have no control over. So I wanted her to know that this wasn't us versus her; this wasn't just about Jason and me getting married. It was the beginning of us blending a family. My daughter and I had been a "we" before he came along, and I never wanted her to feel jilted. So, by making her part of everything and reinforcing that we were all now in this together, I know she felt invested and, more importantly, loved.

After our vows, she was called up to join us while the rabbi joked with her, making her recite her own version, like promising to keep her room clean. She wasn't an outsider watching her mom marry someone who wasn't her dad. She was right there, in the thick of it, watching us not only make a commitment to each other but also to her and our family.

Divorce and remarriage don't come without hiccups, but never once did my daughter show concern or express negative thoughts about me remarrying. She was filled with joy, and I think it's because we set the tone by making her part of our plans from the start. And the best part? We all lived happily ever after . . . including her little sister, who arrived a few years later.