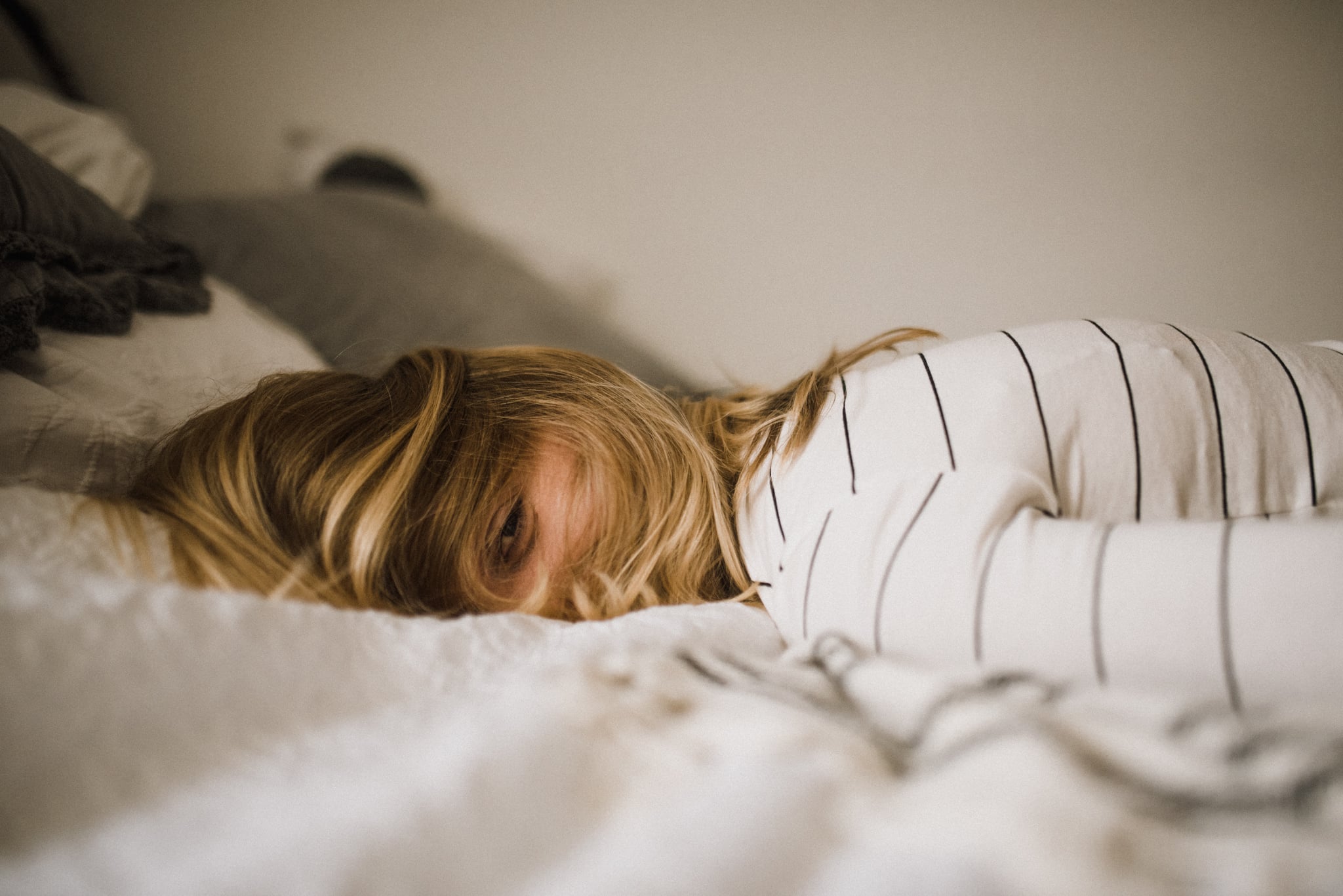 The other morning when my husband woke up, he was surprised to find our 4-year-old in bed with us. "I didn't know you got in our bed last night, buddy!" he happily exclaimed. I had to suppress the urge to launch my pillow at his face. I had been tossing and turning (and dodging little arms to the face) all night, whereas my husband generally has the magical ability to sleep through the chaos of kids' night waking. The reality is, I don't think I've slept deeply for over 12 years — since before my first child was born. Why didn't anyone tell me that motherhood would turn me into an ultralight sleeper?

Since having my first child, I wake to every creak and movement around me. Sometimes, I even wake to "phantom crying" or in anticipation of my child waking. It's maddening, and apparently I'm not alone. According to The Guardian, "Oxytocin, the 'cuddle hormone' has been found to amplify the cries of baby mice in the brains of mothers and could explain increased sensitivity in human parents." It certainly has done that for me. There have been countless times where I have heard our babies crying from the other room and my husband has been clueless.

The restless sleep began for me pretty much the moment I became a mother. I remember being in the hospital that first night with my new baby, exhausted and physically depleted in a way that I had never experienced before while simultaneously feeling an all-encompassing sense of purpose and determination. It was my "job" to feed and care for this new little human and I needed to be alert to him at all times.

Related:
No One Could Have Prepared Me for How Traumatizing Colic Would Be

This awareness only increased upon leaving the hospital because now my husband and I were on our own, with no doctors or nurses to guide us. Those first few months it was tempting for me to simply watch my newborn sleep, and place my ear next to his mouth to make sure I could hear him breathing rather than to fall into a deep sleep. Sleeping felt vulnerable, and very precarious because it seemed that more often than not the moment I would fall asleep my baby would start to cry.

The inability to sleep deeply did not dissipate as my children grew older. I was able to sleep for longer periods, but I found that I would wake to every noise around me. My sister-in-law put it best when she warned me, "You will never sleep as deeply as you did before you had kids." That was when I realized that this new affliction wasn't going to go away just because I didn't have a baby anymore.

Motherhood has made me softer in some areas, and stronger in others. I am more sensitive to children crying now, not in an annoyed way, but rather I want to run to the child to help. My mama-bear side has come out as well; I feel as though I could transform into Wonder Woman and do some serious damage to anyone who tries to harm my offspring. So yes, being a mom has dramatically affected my ability to sleep soundly, but it has given me so much more. I am able to comfort my child when they are scared, have an instinctual feeling when something is wrong, and demonstrate strength that I didn't even know I possess.

Maybe someday my body will remember to sleep soundly again, but it seems more likely that I will continue to lose sleep worrying about my children no matter how old they are. I never knew I would be making this sacrifice when I became a mother, but it's one I have learned to embrace.