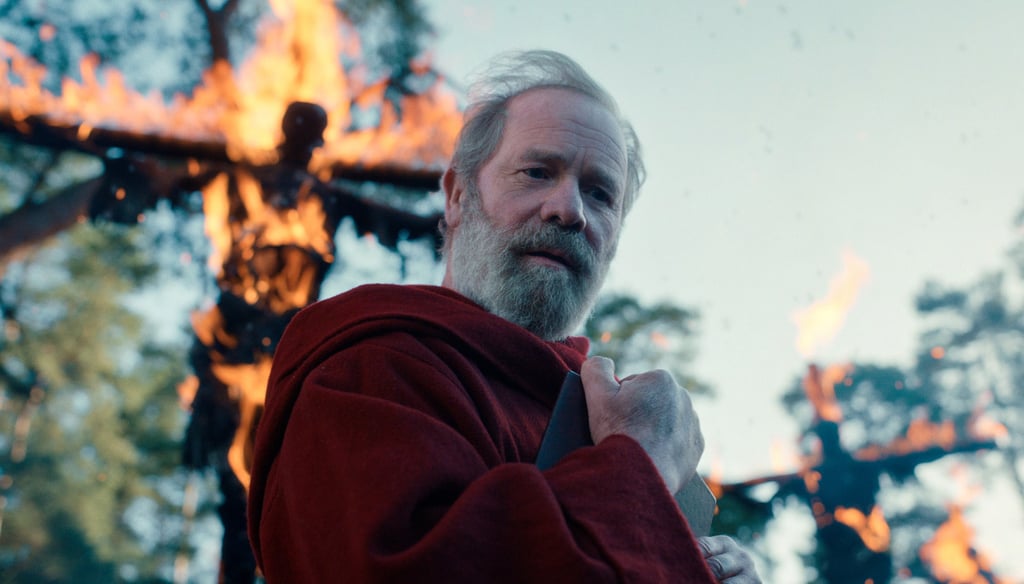 Cursed Features a LOT of Gore

Seriously. The story basically revolves around the Red Paladins hunting down the Fey, though later on, it's fair to say that everyone has blood on their hands. All throughout the first season, you'll see people being burned, shot, stabbed, beheaded, trampled, and more. The show is rather forward about it as well, so you won't see too many cutaway shots. In the very opening scene, we see Nimue underwater, shot with arrows and surrounded by her own blood.