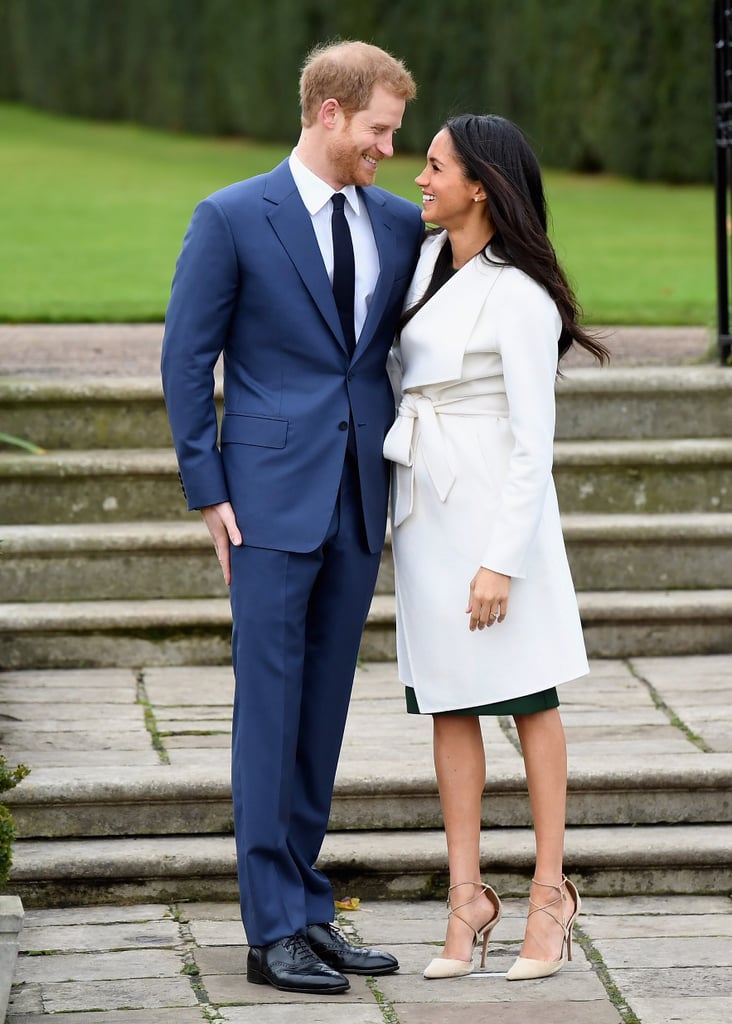 Meghan Markle and Price Harry are officially engaged! The couple confirmed the news via Twitter, stating that they became engaged earlier this month. For the official announcement of their engagement, the adorable couple posed for photos at The Sunken Gardens at Kensington Palace. Meghan wore a forest green dress that hit right below her knees. She covered up with a belted white coat by the Canadian label Line and pointed-toe heels by Aquazzura. More importantly, we also caught a first glimpse at her engagement ring, and let's just say it's something right out of a fairy tale.

Meghan showed off her stunning diamond ring, which was actually designed by Prince Harry himself. The center stone is a diamond from Botswana (where the couple has spent time together), and the two smaller stones are diamonds from Harry's personal collection, given to him by Princess Diana.

If you were hoping to buy the same style, you're out of luck, because Stephen Connelly, the director of Cleave and Company, told the Associated Press, "We're not going to be making replicas of it. If you want a ring, then we'll design you a different one." Keep reading to have a closer look at her princess-worthy engagement ring and shop similar styles.