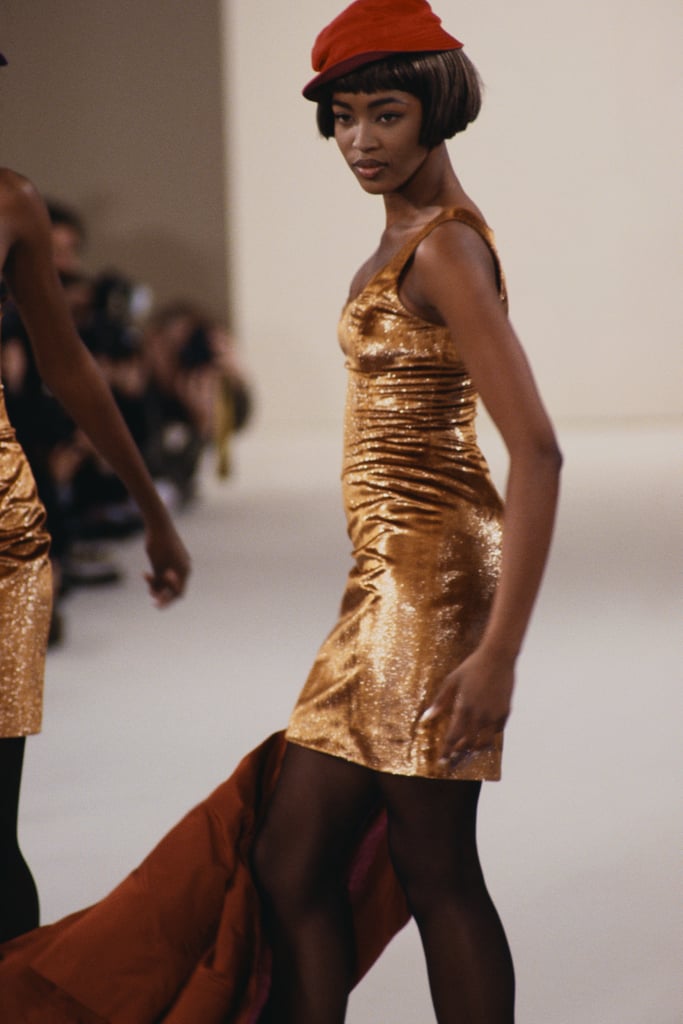 There's no supermodel quite like Naomi Campbell, thanks to her legendary walk. Models around the world try to replicate it and look to her for inspiration when they're trying to make their mark in the fashion industry. The London-born model was recruited at the tender age of 15 and she quickly established herself as one of the most recognizable supermodels of all time. She's walked for every high-fashion designer name in the books. Think Chanel, Dior, Alaïa, Oscar de la Renta, and Versace, and that's just scratching the surface. Naomi also helped break barriers for black models in the industry when she appeared on the cover of French Vogue in 1988.

Since the catwalk pro has been strutting down runways since the late 1980s, you better believe she has had plenty of eye-catching moments over the years. One moment no one can forget is when she fell during Vivienne Westwood's Fall 1993 show and just kept smiling. We'll also never forgot the moment that she shut down Milan Fashion Week with the OG supermodel gang, Cindy Crawford, Claudia Schiffer, Helena Christensen, and Carla Bruni. They all walked in sparkly gold gowns to honor the 20th anniversary of Gianni Versace's death. Keep reading to see 44 times Naomi Campbell proved she's the definition of a supermodel.

Related:
Naomi Campbell Is a Tall Drink of Water, and You'll Need to Chug a Glass After Seeing These Sexy Pics
Previous Next Start Slideshow
Naomi CampbellFashion DesignersRunwayModels