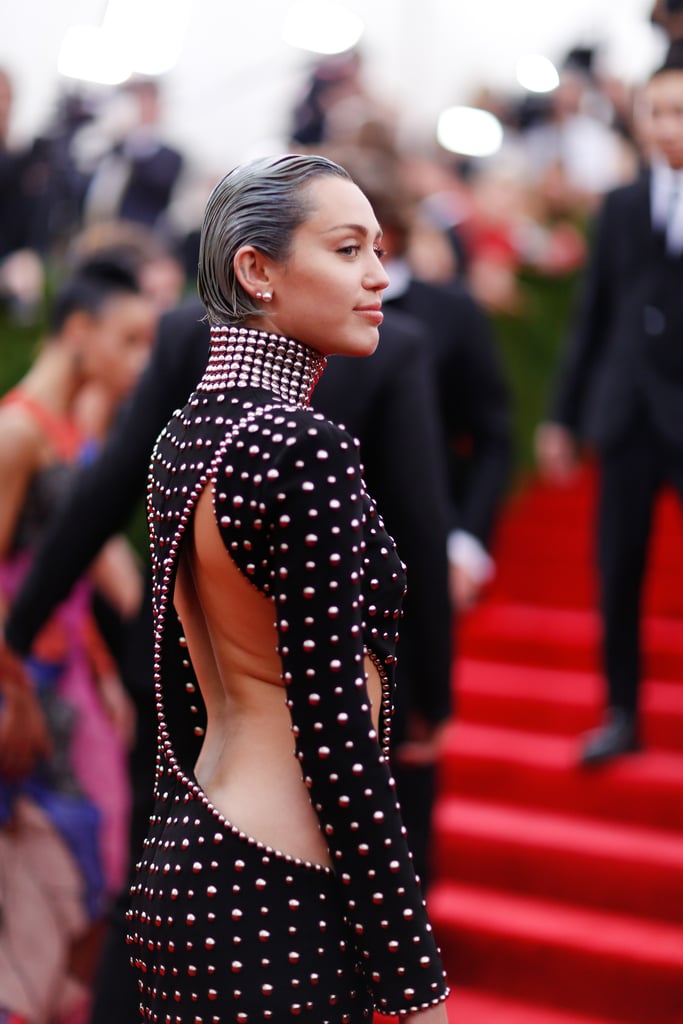 Miley Cyrus Will Win You Over With Her Wedding Dress

I don't know for sure when or if Miley Cyrus is getting married, and neither do you. While Billy Ray Cyrus posted a photo that had everyone buzzing that she and Liam Hemsworth tied the knot last year, it wasn't so. Maybe right now, Miley isn't even thinking about marriage, though she does wear what appears to be a promise ring. But in my imaginary world, she'll walk down the aisle in a pretty spectacular wedding dress.

You see, ever since I was young, I looked at Miley as someone who represented versatility. She played two different characters on Hannah Montana, and my younger sister plastered posters of Miley all over her walls, some in which she was dressed up like Hannah, others in which she was just herself in jeans and a three-quarter-sleeved tee. But even when she was just being Miley, the actress and singer looked unique and a little bit quirky.

She's gone through many stages, but there has never been a time when Miley's paid attention to trends. During her rise to fame, she wore flares and cowboy boots, maybe because they were representative of where she came from: Franklin, TN. Post-breakup with Liam Hemsworth (the two have now rekindled their relationship), Miley kind of went HAM with her wardrobe. And I liked it. What she wore, or didn't wear, was all a part of her personal revolution.

Miley's style could at one point be described as costume like. She dressed as a twerking teddy bear and supported LGBT rights in rainbows and big, furry coats. Then, at the 2015 Met Gala, the industry's elite gathered on the red carpet, but Miley stood alone in a cutout Alexander Wang gown. It ended up on some "worst dressed" lists, but I think it was my favorite outfit of the night. It didn't seem like Miley was trying to appear sexy or edgy but just to look like herself.

So now, as outsiders speculate on whether Miley and Liam are getting hitched soon, I can't help but imagine her would-be bridal look. I doubt Miley's wedding dress will be all white. It might be neon or a mix of colors or come with an inflatable skirt. Maybe it'll be plain black, if her recent wardrobe is any indication. Miley might not wear a wedding dress at all, should she get married. Maybe she'll go naked. She did reveal on the Today show that she prefers to stay out of the fashion conversation: "I don't want people to talk about what I'm wearing. That's usually why I don't wear too much," she said.

One thing's for sure: if Miley gets married, her look won't include a ballgown so glamorous that everyone focuses on the pretty (or crazy!) details. They won't be talking about The Dress, because god knows it won't be wearing her. It'll be all about Miley. Read on to see why we know Miley will hit it out of the park on her special day.