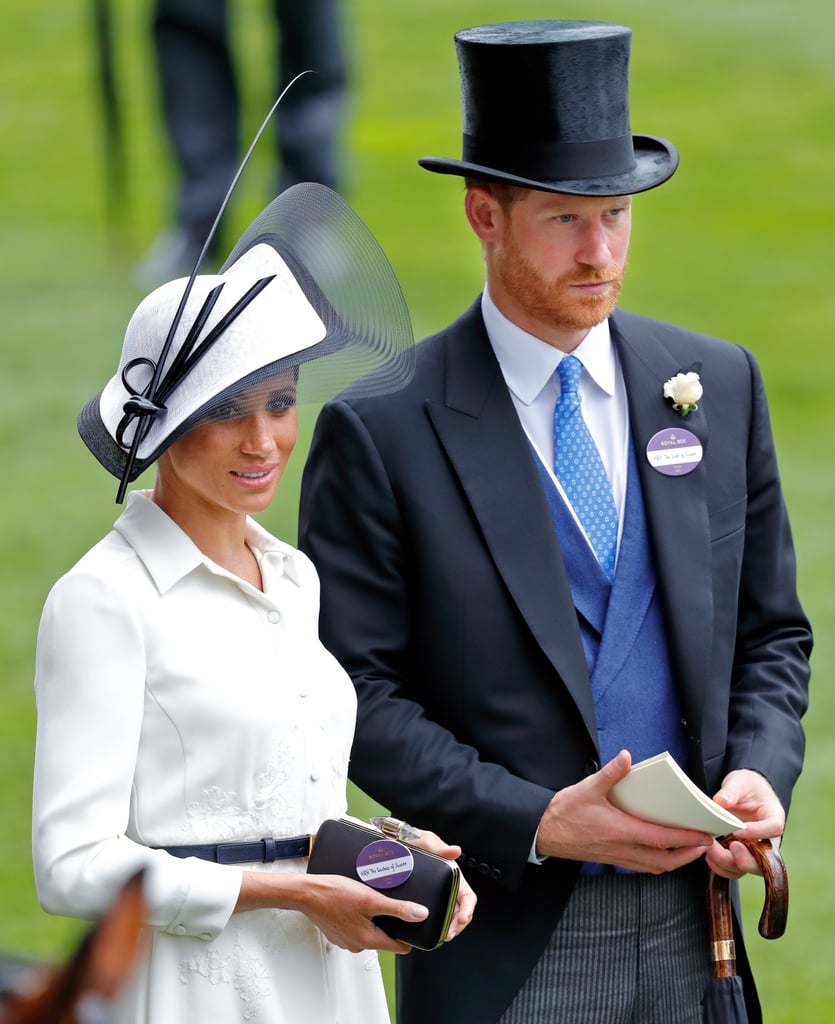 Meghan Markle made her first appearance at Royal Ascot on Tuesday June 19, and many people were very excited to see how new Duchess of Sussex dealt with this famous royal occasion, and all the traditions and secrets that come along with it.

One such tradition is that all guests in the royal enclosure and the royal box are given a badge with their name written on it. This acts as identification — in place of a ticket — when moving around the racecourse, and probably helps avoid awkward "Have we met before?" moments too. Even members of the royal family are given these badges to wear. However, contrary to popular belief, there's no strict rule that they must be pinned to the chest.

Meghan chose to save her Givenchy dress, and attach her badge to her clutch bag instead, which is pretty standard practice for female attendees who don't want to ruin their expensive outfits. The badges may be part of Royal Ascot tradition, but they really only need to be on display when entering the VIP enclosures from the more public areas. Given that Meghan was escorted to the royal box with the rest of the royal family, it's doubtful she ever really needed to prove her identity during the day.

Meghan's decision to wear her badge in a more discreet way was at odds with her sister-in-law's appearances in previous years. Kate famously wore her "HRH the Duchess of Cambridge" badge pride of place on her chest (as if anyone didn't know who she was!). But she wore white lace dresses for her Ascot appearances — including ones by Dolce & Gabbana and Alexander McQueen — both of which had holes just the right size to hold the pin without causing damage.

Meghan's dress wouldn't have fared so well, and she's not alone in deciding to place her badge elsewhere. Other members of the royal family, including Princess Beatrice, Princess Eugenie, and Camilla all chose to keep their badges away from their outfits, too. Keep reading to see how the royals work these unexpected accessories into their Ascot ensembles.

Celebrity Instagrams
Tallulah Willis Found the Perfect Diamond For Her Engagement Ring, With "No Stone Left Unexamined"
by Sarah Wasilak 15 hours ago