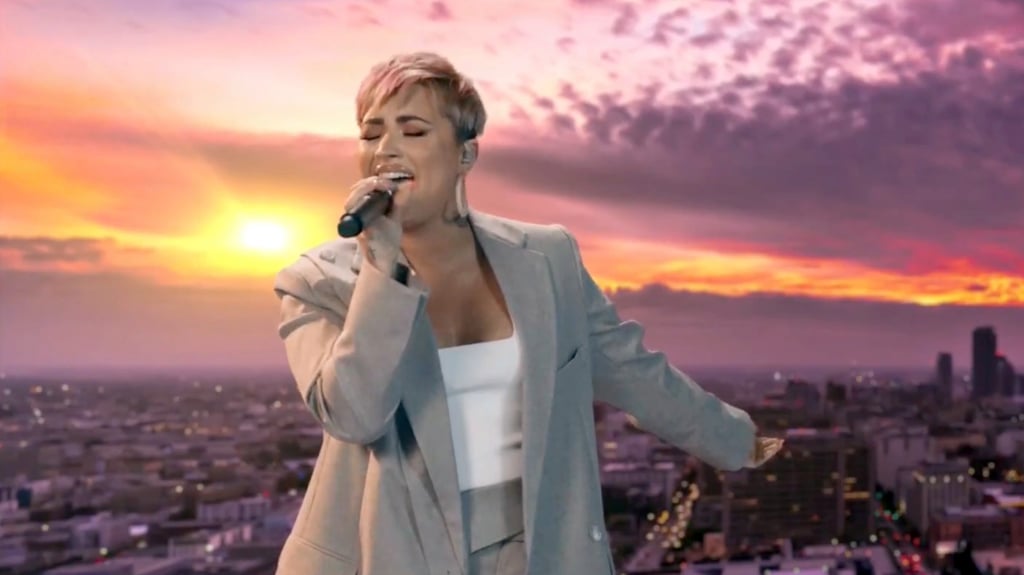 Demi Lovato was a total powerhouse while performing for President Joe Biden and Vice President Kamala Harris's TV special, Celebrating America, on Wednesday, Jan. 20. The 28-year-old singer showed off her pink short pixie haircut with a beige power suit by designer Stella McCartney. She gave a magical performance as she sang a cover of Bill Withers's hit song "Lovely Day" while in Los Angeles. If you watch the performance, you'll notice some famous faces like Lin-Manuel Miranda make an appearance next to healthcare and essential workers. We even got a glimpse of Biden holding his grandson Beau in his arms during the performance, as he and his family watched the televised special.

As for Demi's outfit, we love that she chose designer Stella McCartney for the momentous occasion. The designer is known for her eco-friendly, sustainable designs, as she's been using recycled materials for years now. Demi wore the designer's Rylee tailored jacket and Harley pleated trousers from the runway. She styled the look with a white bodysuit underneath and wore a pair of chunky hoop earrings and a statement ring. Take a closer look at Demi's power suit ahead.