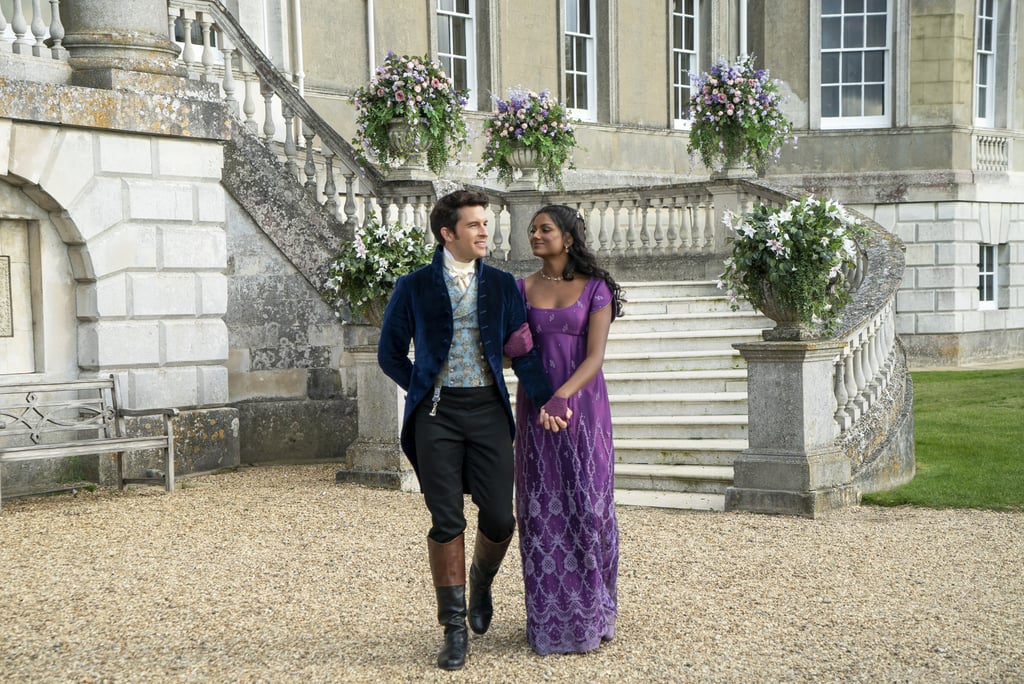 Why Kate Sharma's Dresses Get Brighter Throughout "Bridgerton" Season 2

There's no denying that Kate Sharma, played by "Sex Education" star Simone Ashley, is the "Bridgerton" character the fashion world has taken notice of since the release of season two on Netflix. Her regal, richly colored gowns are even more captivating than the ones Daphne (Phoebe Dynevor) wore when she was love interest to the Duke of Hastings in season one. While Daphne wore plenty of "Bridgerton" blue and silvery shades, Kate tends toward jewel tones that speak to her sense of confidence. Kate wears shades like plum and teal, and her dresses are almost always finished with ornate jewelry, Champagne-colored gloves, or a structured jacket in a coordinating print that bears signs of sophistication.

Ellen Mirojnick was responsible for the costume design in season one, but Sophie Canale took the reins for season two. In total, the costume department produced 700 looks for the cast spanning across the eight new episodes that follow the budding romance between Anthony Bridgerton and Kate.

In an interview with Shondaland, Canale explained her vision for Kate. "You will see throughout the season Kate's costumes have a journey," she said. "We start with her arrival in darker, heavier-weight fabrics, which give her more of a rigid and uptight look matching her spinster, controlled manner. As the season unfolds and Kate develops emotions, we see her costumes become brighter in color and the fabrics become lighter. I also brought in an element of Indian inspiration with the choice of fabrics, embroidery, embellishment, jewelry, and hair decorations."

If you closely analyze each of her looks, beginning with the first episode all the way through the season finale, Kate's style evolution becomes quite obvious. Ahead, we've done just that with Kate's most memorable fashion moments throughout the season.