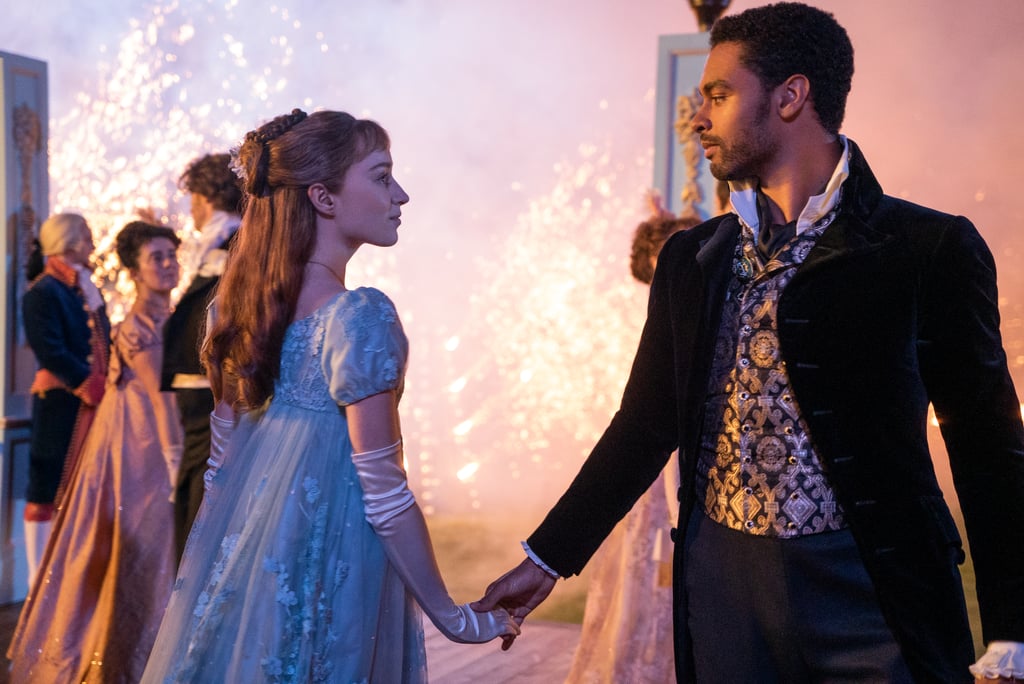 Each Intricate Costume on Netflix's Bridgerton Was Bespoke — Even For the Background Actors!

Netflix's Bridgerton is coming out on Dec. 25, and the show's trailer already has us excited about the period costumes. You can think of the show as an old-timey Gossip Girl, if you will, with 19th-century love affairs, lavish costumes, and regal rivalries.

The show is helmed by Scandal producer Chris Van Dusen and Grey's Anatomy showrunner Shonda Rhimes, and is based on Julia Quinn's eight-book series. The story follows Daphne Bridgerton (Phoebe Dynevor), the eldest daughter of the powerful Bridgerton family, as she makes her debut during Regency London's social season. Costumer designer Ellen Mirojnick's past work includes The Greatest Showman and Maleficent, to name a few, and we chatted with her recently about the characters' exquisite outfits.

"The first inspirations for costumes came from the text of Chris Van Dusen, the creator of the Bridgerton series," Ellen told us. "Next, I was visually captured by the work of Genieve Figgis, a fine artist whose exciting palette immediately represented what the world of Bridgerton could be. We went on to devour research, paintings, and drawings of the Regency period in London 1813. After that, we moved onto imagery that included decades of the 18th, 19th, and 20th centuries. The world of Bridgerton was born from this mix," she revealed.

Keep scrolling to read Ellen's take on each character's style in our interview ahead.

Related:
Emma's Outfits in The Prom Were Made to "Mix the Boy With the Girl," and You'll Love Them All
Previous Next Start Slideshow
NetflixBridgertonScreen Style