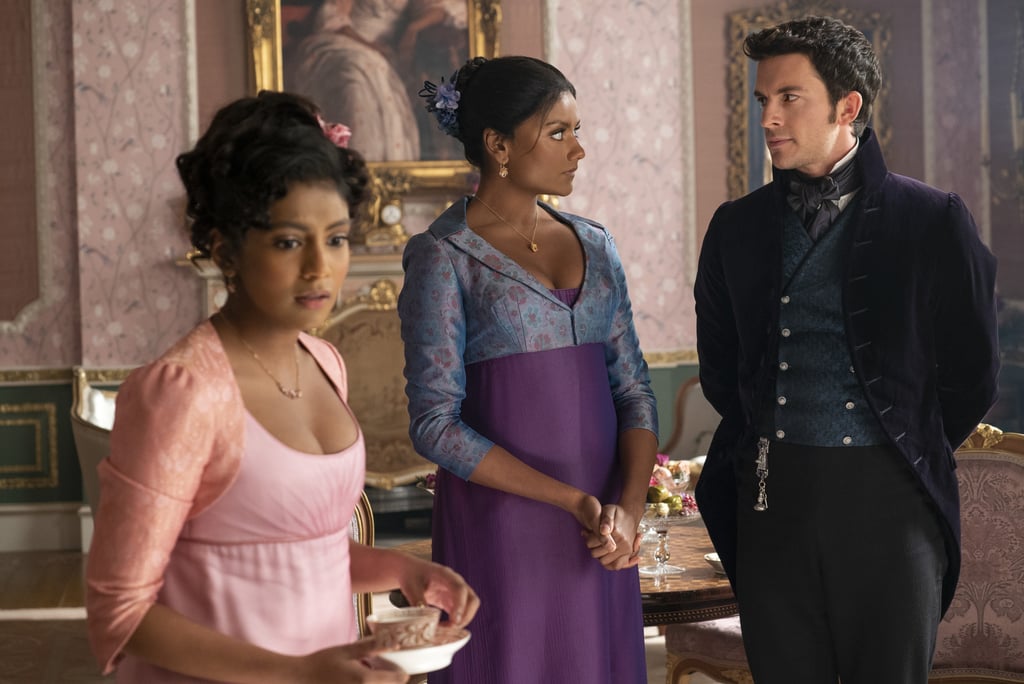 The Viscount Is Torn Between Two Loves in "Bridgerton" Season 2

"Bridgerton" season two is just around the corner, and we couldn't be more excited about the drama and romances ahead. Last season took us on a wild journey with Simon (Regé-Jean Page) and Daphne's (Phoebe Dynevor) relationship, and the upcoming season promises to be just as thrilling, with new leading ladies Kate (Simone Ashley) and Edwina Sharma (Charithra Chandran). The Duke of Hastings won't be returning for this adventure; instead, the spotlight will be on Daphne's brother, Viscount Anthony (Jonathan Bailey), as he looks for a wife.

A teaser trailer for the Netflix series arrived on Feb. 14 with a message from our beloved Lady Whistledown. "What happens when duty is in conflict with the heart's true desire? Why, then, there is the potential for a considerable scandal indeed," she says in the clip. The show's official trailer, which dropped on March 9, puts a spotlight on Kate and Anthony's courtship — and assures us that Lady Whistledown has more gossip than ever to share. Just a week before the new season's premiere, Netflix released another short clip to clue us in on the Viscount's dilemma, as he's torn between two compelling women.

In addition to "Bridgerton"'s stacked cast, which includes a handful of new stars, we have more details about what to expect in season two. Read ahead for everything you could possibly want to know, including the full cast, plot, trailers, and first-look photos.

Celebrity Families
Olivia Culpo Recalls an Ex Who Did "Really Horrible, Horrible Things" to Her in "The Culpo Sisters" Trailer
by Monica Sisavat 15 hours ago