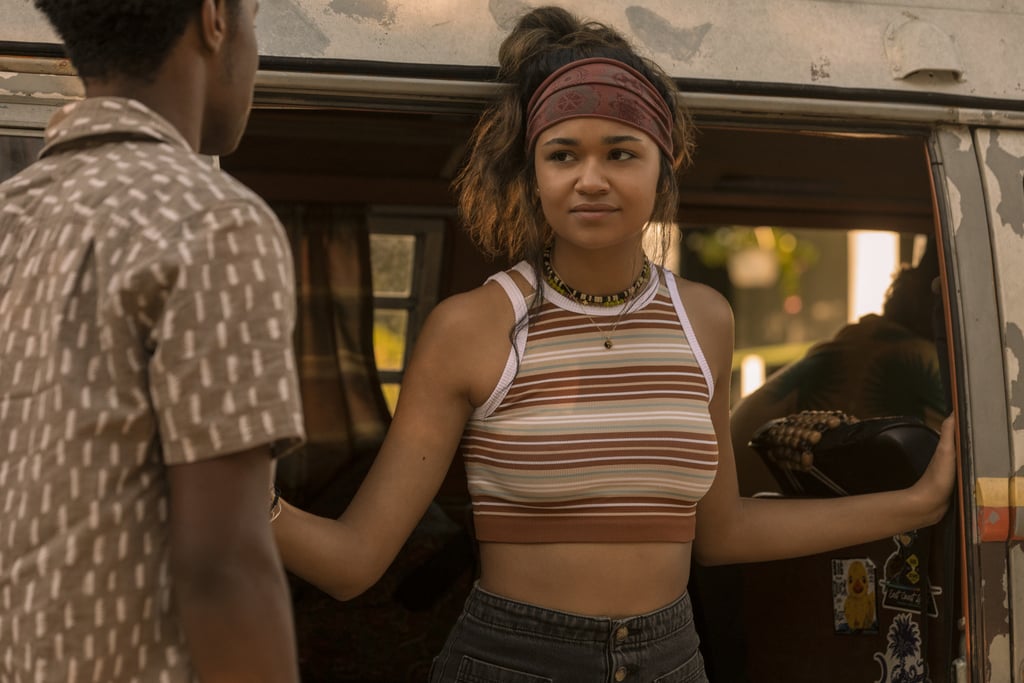 It's no secret that Outer Banks's first season was oozing with summery fashion inspiration, and the show's sophomore run unsurprisingly follows suit. While watching a preview of season two ahead of the official July 30 premiere, we couldn't help but zero in on Kiara's necklaces as she and the Pogues get tied up in boatloads of treasure-hunting mischief all over again. So, naturally, we reached out to Outer Banks costume designer Emmie Holmes for the full scoop on Kiara's envy-inducing accessories to share with other fans looking to replicate her look IRL.

Last season, Emmie selected a stone pendant necklace and multicolored set of chokers by Elsie Frieda for Kie's big onscreen debut, and the jewelry caused such an online shopping frenzy that some Etsy sellers even began re-creating the pieces at home. For season two, though, Emmie chose a new duo of beachy chokers by Head High Surf Club — one featuring flat black and white beads and the other featuring green, copper, and gold beads — plus a longer gold yin and yang necklace by Kris Nations, a women-run jewelry brand out of California. Kiara wears the three throughout all 10 action-packed episodes, paired with crop tops, graphic tees, fuzzy jackets, and more.

Kiara's exact yin and yang necklace is scheduled to restock in the coming weeks, and both of her beaded chokers are currently in stock — for now, at least. Shop 'em ahead, and keep reading to browse our selection of similarly cool necklaces to channel your inner Pogue princess.