If there's one word to sum up Adam Rippon's career, it's unexpected.

In 2014, no one expected Adam to ever be an Olympic threat. He ended his season with a distant eighth-place finish at Nationals, then started the next season in the Fall with a pair of poor showings on the Grand Prix circuit. Younger skaters like Jason Brown and Josh Farris were gaining more and more momentum, and Adam's inconsistency on jumps had even the most devoted fans counting him out.

Unexpected: Nationals, January 2015. Out of nowhere, Adam laid down clean triple axels and, more importantly, a stunning quad lutz on his way to a surprise silver medal. Suddenly, at the age of 25, Adam was back in the conversation and continued to climb his way toward the ultimate goal: the 2018 Olympics.

"I always loved music, to dance, and to be really active. When I started skating, it was the first time all of these things came together. It felt like magic."

In a sport where top contenders have been training since the age of 3 or 4, no one expects a skater who didn't start until years later to ever catch up. Here again, Adam didn't fit the mold — he was inspired to lace up his skates at age 10 after watching Tara Lipinski and Michelle Kwan dominate at the 1998 Games in Nagano, Japan.

"I made paper medals and wore them the whole night. I didn't start skating until 2000, but I was so inspired by their skating . . . I always loved music, to dance, and to be really active. When I started skating, it was the first time all of these things came together. It felt like magic and I always wanted to be at the rink," he told POPSUGAR.

That connection with the musicality of figure skating is one of the things that has continually set Adam apart from his competitors. Whether he's amping up the crowd with a Beatles medley or entrancing everyone with a lyrical Coldplay program, his attention to detail has kept his component scores high even as he's had to work to add quadruple jumps to his repertoire at an age where many skaters have long since stopped increasing their technical content.

Along with his own determination, his training environment has certainly contributed to his steady ascent: in recent years, he has trained alongside Nathan Chen, the wunderkind who seemingly breaks new ground every time he steps onto the ice. But it's not a harsh rivalry — Adam describes Chen as being "like a little brother to me" and jokingly referred to Chen and their Olympic teammate Vincent Zhou as his "sons" at a pre-Olympics press conference.

Related:
Because Life Is Beautiful, Adam Rippon Will Be on Our TVs Again Soon — on DWTS

But it's not just his skating that has sent Adam into the spotlight. After coming out publicly in 2015, Adam steadily became an outspoken voice for the LGBTQ+ community, especially LGBTQ+ athletes. Addressing critics and trolls alike with his signature blend of heartfelt thoughtfulness and on-point snark, his soundbites began to go viral. There have always been stereotypes about male figure skaters' sexual orientations, but few have ever openly embraced it while still competing (Adam is one of two openly gay skaters at this Olympics; the other is Canadian pairs skater Eric Radford).

Unexpected (to fans just now discovering Adam): he is not your "gay best friend." He's deeply fabulous — which he acknowledges with tongue-in-cheek comments — and is probably the only skater in the world who could pull off a "trashy nightclub" short program with such verve or tweet ironically about whether or not he skates with butt pads on. But he's also a proficient technician and an innovator — he popularized a jump variation in which both arms are extended over the head, so much so that the move is colloquially called an Adam variation. And his openness about his orientation has not been limited to quips on social media, but a sense of responsibility and take-no-bull attitude that has earned him haters and followers alike.

Related:
If Olympic Friendships Were a Sport, Adam Rippon and Mirai Nagasu's Would Win Gold

Perhaps the most public display of his measured ferocity has been his public criticism of Vice President Mike Pence, whose stance on LGBTQ+ rights can be politely described as unwelcoming. Adam used his platform to speak out, and when the vice president insisted his claims were untrue, Adam pulled out the receipts, leading to a slew of media attention once again. And yet, he embraces the "inspiration" label that has come with his position, telling Rolling Stone, "I've gotten so many messages from young kids all over the country that my story has resonated with them. It's incredibly powerful this platform that you can have at the Olympics."

Unexpected (to viewers used to media outlets promoting glossy, media-trained fresh faces): Adam has become the breakout star of the American figure skating delegation. But his undeniable himself-ness has made him American's sweetheart for a new generation. For Adam and his longtime fans alike, his Olympic experience is a beautiful capper on a roller coaster of a journey. "I'm like a witch, you can't kill me," he famously quipped after winning the national title in 2016, and his journey to this place of influence and success seems magical indeed. 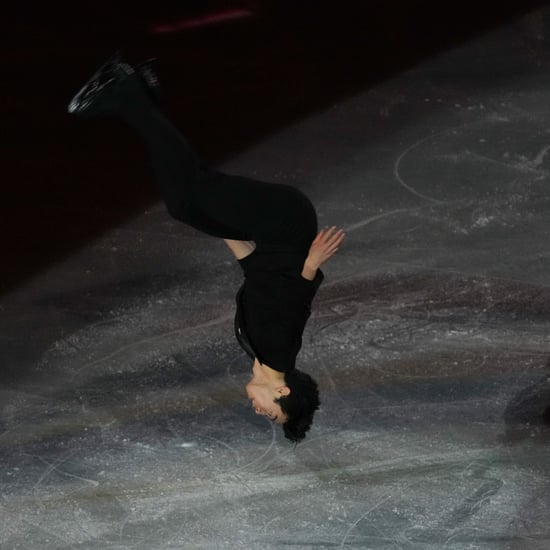 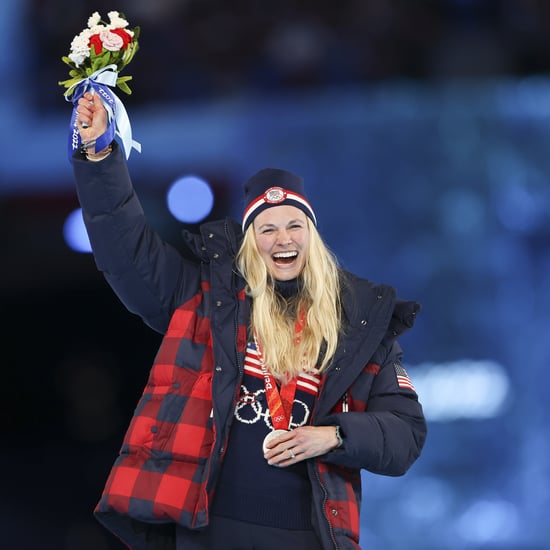