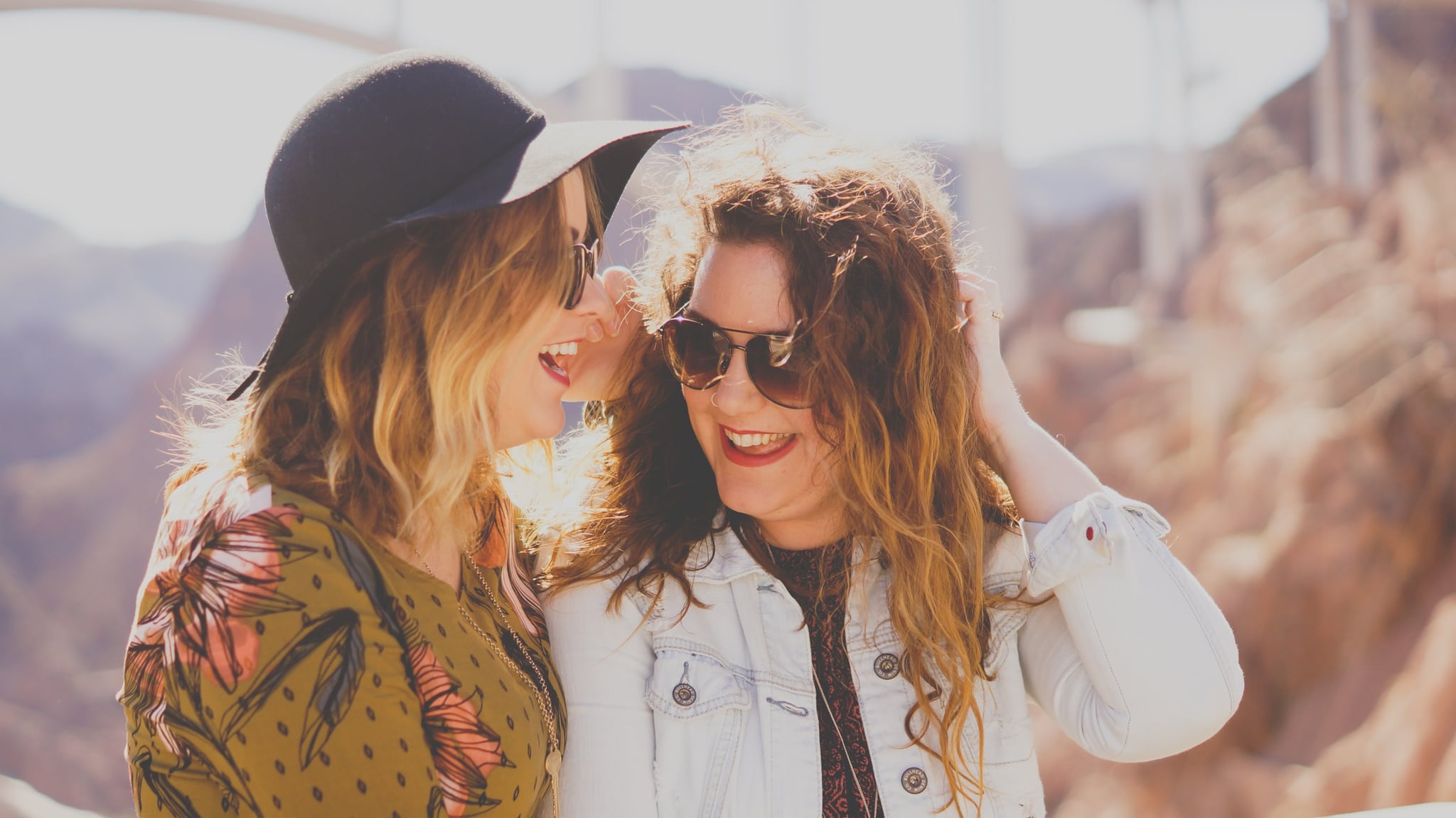 Women are beautiful. We can see it in each other and even aspire to be like one another, despite any imperfections — but we often struggle to observe that same beauty in ourselves. Even so, I like to think of myself as a pretty confident person. I try not to dwell on my flaws or place too much value on physical appearance. It took years of failure and growth to get to this point, and for all the work I put in to stop feeling so self-conscious, I know how quickly I can fall back into those habits.

Never was it more obvious than when my beautiful sister and her equally gorgeous friend came to visit me. I had recently moved to a city five hours away, and after being deprived of my sister's company for the longest stretch of time in our lives, I couldn't wait to show her and her friend around town. But I'm six years older than my sister, and sometimes I forget just how significant that age gap can be. She and I are both in sororities, for example, but when I was in college, I only had to be careful not to post anything inappropriate on Facebook. My sister, on the other hand, is responsible for her entire personal brand on Instagram. She has to reflect the values of the sorority through her filters and Stories and appear beautiful, adventurous, interesting, and fun at all times — all without looking like she worked too hard to capture the shot.

Suddenly, hearing my sister scrutinize her naturally long and lean arms made me very aware of my own.

So naturally, after long hugs and a quick catch-up, their conversation turned to which outfits would work best for each activity I had planned for that weekend. They wanted to give off a "vibe" with each outfit, so they would look complementary in their pictures, which was fine and even kind of fun. I decided to dress in the same '90s aesthetic for our first outing, donning a silk dress that the women on Friends would have worn, along with some neon heels. It seemed innocent enough, until we got to the restaurant and my sister asked me to take some pictures. When I showed them the photos, they cringed over the size of their upper arms, the fullness of their cheeks, and the length of their necks. They picked apart things I wouldn't have thought of even in my most insecure moments. Suddenly, hearing my sister scrutinize her naturally long and lean arms made me very aware of my own. I had felt — dare I say it — kind of sexy in my Rachel Green-inspired outfit. Now I pulled a blazer over my arms in the middle of a crowded, hot restaurant.

Facetune lifted the girls' spirits, but no amount of photo editing could fix what I was feeling. If these two 21-year-old girls who are stunningly beautiful by youth alone, Barbie doll-proportioned, and conventionally pretty were this insecure, what right did I have to feel good about myself? I am almost 30 and still struggle with acne even as wrinkles are starting to appear. I'm very short and pretty curvy. My teeth aren't perfectly straight, and neither is my hair. I wear a size large; across the table, my sister and her friend stressed over wearing a medium. They clearly had no idea that by putting themselves down, they were also putting me down.

Finally, I couldn't hold it in any longer. I told my sister that she had to stop talking badly about herself and avoid Instagram and photo edits until after her trip. Initially, she insisted that I was beautiful and her comments were only about herself. But when I explained why they felt insulting to me, too, she promised to stop, as did her friend. The no-social-media, no-negative-self-talk portion of the weekend was so much more fun. We laughed hard, throwing back our heads without thinking about how many chins we had. We had deep conversations and talked with our hands without worrying how our arms would look in a picture. We ate delicious, world-renowned food without fearing we'd be bloated after dinner. And most of all, we just enjoyed each others' souls without putting down anyone's bodies — including our own.

My point is this: as women, we have to work hard enough to overcome our insecurities. Let's not make it harder on ourselves or each other by poisoning conversations with those we care about most. In the end, you won't remember how beautiful you did or didn't feel in those moments, anyway — but you will remember how much you enjoyed their company.