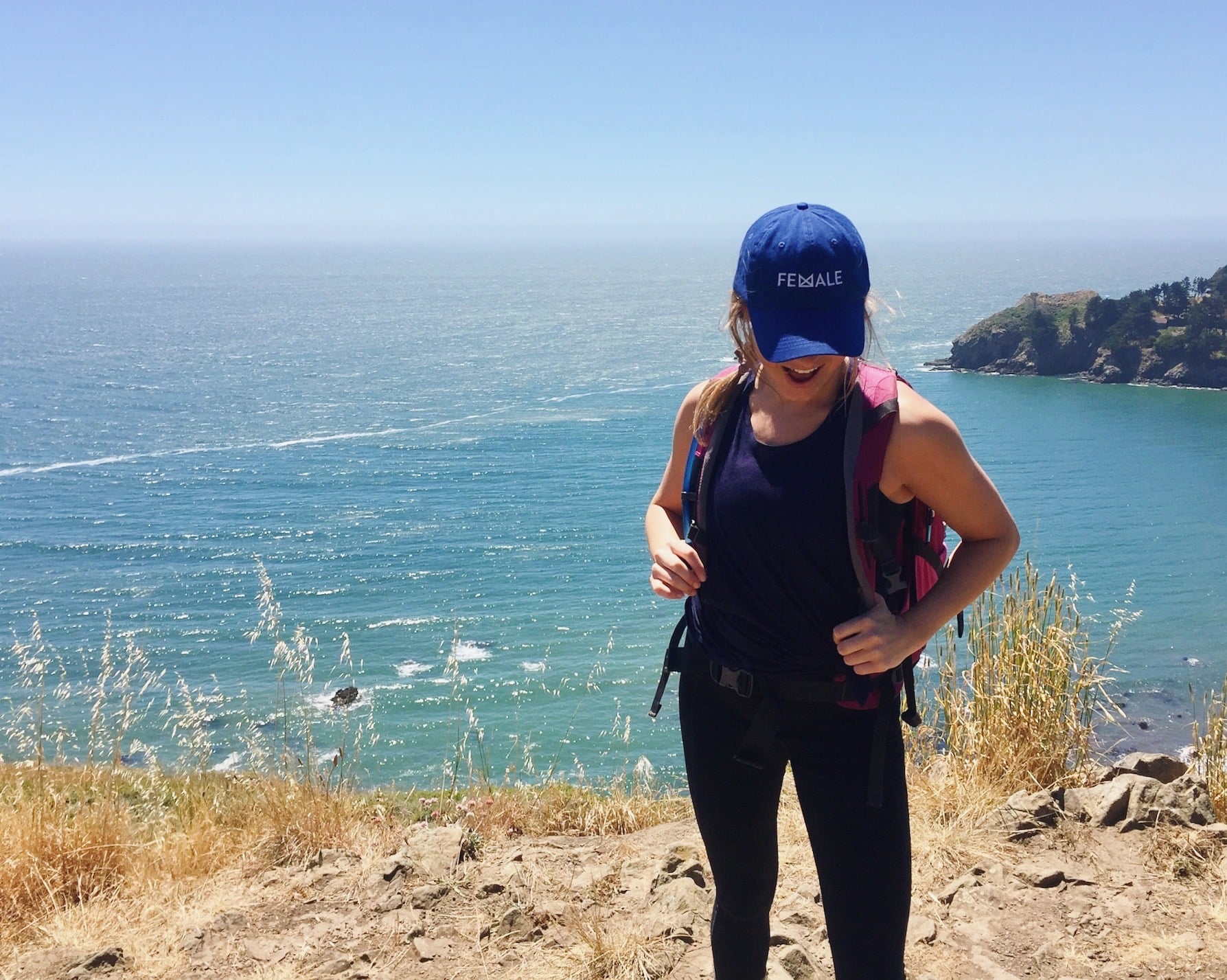 If someone asked me at the beginning of the year to give up alcohol, dairy, gluten, and sugar for 30 days straight, I would have rolled my eyes and reached for a bottle of wine and the bread basket. No toast for my avocado? No margaritas at happy hour? No post-dinner cookies?! No thank you!

As a fitness instructor, I always thought of myself as more or less a healthy eater. I lived by the "everything in moderation" rule and dispelled food guilt with thoughts of I'm worth it, Treat yourself girl! and Hey, I worked out twice today. I packed my lunches (when I remembered), tried to only eat out a few times a week, and blended as many fruits and veggies I could into smoothie bowls.

Related:
Your Guide on Doing a Whole30 Diet

But in reality, as clean as my diet appeared, my lifestyle wasn't working. I was sick.

For as long as I can remember I have suffered from digestive issues, migraines, acne, and ovarian cysts. I tried a myriad of medications over the years to no avail, often seeing only short-term relief — or feeling even sicker than before. I continued to try to eat healthy and work out religiously, but something wasn't working. There were lifestyle changes I needed to make to bring my mind and body back to full health.

After thumbing through the Whole30 Cookbook at a friend's home one night, I felt the conviction hard and swift: I needed a challenge and some discipline to get back on track. This would be my reset. A few long, sugarless-breadless-wineless weeks later, this is what I noticed.

It Was Hard — but Not Impossible

I won't sugarcoat it: the Whole30 is hard. Meals took more time to plan and prepare than I thought. The days I didn't want to stick to my grocery schedule or tried to wing it for dinner were the days that left me feeling miserable, deprived, and almost ready to give up.

When my coworker brought in homemade banana bread, when I was sipping sparkling water instead of a cocktail at a party, when staring down at my boyfriend's cheesy pizza on a date, I wanted to go ham on whatever rule-breaking food or beverage was before me. Giving up alcohol, even as only a moderate drinker, is a challenge in itself. I missed my dang margaritas!

It Gets Worse Before It Gets Better

I kicked off my first week bursting with excitement and daydreaming of the finish-line results. But once the newness wore off, I felt the the true challenge set in. I was previously warned by the book that days 8-14 could bring about a few not-so-pleasant side effects as your body adjusted. Everything I read was right. Since my body was no longer receiving the sugar and simple carbohydrates it had been trained to get fuel from, I found myself more tired and irritable as the day wore on. The hanger was real.

The Whole30 guide explained this part of the journey as a literal withdrawal from my old ways of eating, and that's exactly what it felt like. I battled headaches and stomachaches, and my bowel movements were few and far between. I even dreamt of biting into a fresh, warm donut! Thankfully, most of this cleared up in week three, and I started seeing results.

I have always been an "early to bed early to rise" kind of gal (I sure do love my morning workouts) but waking up around 5:30 every morning didn't always come easy. About 12 days into my Whole30 journey, everything changed. Suddenly I was falling asleep soon after I snuggled under my covers and waking up refreshed and ready to go in the morning.

Gone was the morning fog and bleary-eyed stumble to the coffee maker — instead I was rising in conjunction with my alarm feeling recharged and ready to jump on the Spin bike. The best part? No more 2:30 p.m. why can't I just crawl under my desk and nap? moments either.

I'm an active person; much of my job requires me to work out on a daily basis. But no matter how much I tried to tone my midsection, there was always an extra layer of fat making itself at home around my waistline. Three weeks into my Whole30 I saw it noticeably disappear. As in, inches.

Though my main goal of the month wasn't centered around weight loss, seeing the soft lines of my abs — which I have never been able to see before — was an exciting transformation. Losing belly fat was a sign my body was finally balancing as it let go of pounds it had clung to for years. 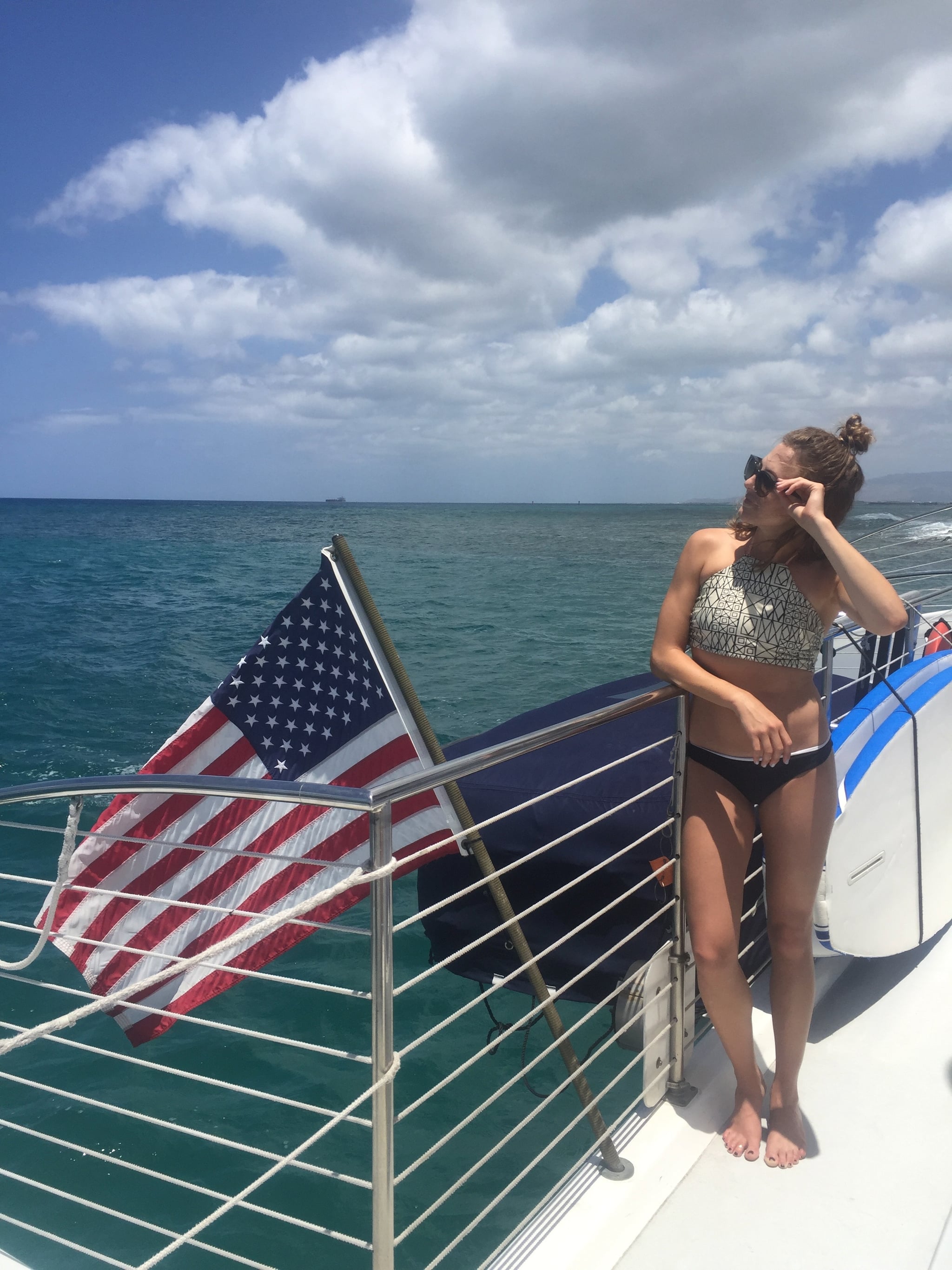 My Workouts Were Stronger

I won't lie. In the beginning of my Whole30 journey, there was solid week of complete and utter exhaustion. My eyes would droop in meetings, my legs felt heavy when I walked, and heading into the Spin studio brought me more dread than my usual joy. I could hardly do anything more than a light walk.

Once I got over the halfway point, something shifted. My energy bounced back. I noticed more stamina on the Spin bike and power in my weightlifting as my body relearned how to be more efficient with its fuel.

My Acne – and Cysts! – Cleared

I was first diagnosed with Polycystic Ovarian Syndrome (PCOS) at the age of 15. Since then, routine ultrasounds revealed numerous cysts dotting each of my ovaries. With PCOS, my hormones weren't as balanced, and I continued to struggle with hormonal acne on my chin well into my mid-20s. But about two weeks into the Whole30, my skin was glowing. No new breakouts emerged around my period like I was so used to. I even stopped wearing makeup!

After another check-up with my doctor, she recommended I get an ultrasound to see how the inside of my body was responding as well. The results? Only one cyst appeared to be hanging out on my ovaries. ONE! I cried with relief when I heard back from my doctor. Knowing this food lifestyle could potentially impact my fertility later in life gave me a new respect for the power of food and our bodies.

I Decided to Keep Going

When starting out, I told myself I could do anything for one month. I envisioned toasting to my success with a glass of wine and maybe even a bowl of pasta on day 31. But when the official end of the Whole30 came and went in all of its difficulties and glory, I felt so great, the last thing I wanted was that bowl of pasta. I wanted to keep going. Instead of rushing back into my old ways, I slowly introduced the eliminated food groups.

The reintroduction process of the Whole30 is just as important as the elimination phase. Slowly bringing back gluten, dairy, soy, and other potentially intolerance-triggering foods back into your diet helps you discover what your body doesn't respond well to. I already knew dairy was 100 percent out; I've been lactose-intolerant my whole life. I decided to continue sans-gluten and soy to see if it helped stabilize my mood swings.

After my 30 days were over, I continued focusing on eating more veggies, healthy fats, and protein, and imbibed alcohol and sweet treats on special occasions rather than several times per week. They best part is, the more I stuck to the Whole30 guidelines, the less I craved my usual afterdinner sweet and bread on the side of everything.

It wasn't always easy, but feeling as good as I did was motivation in itself. And just like that, the takeout Pad Thai, green juice lunches, and afternoon candy jar raids were that much less appealing — and I felt unstoppable.