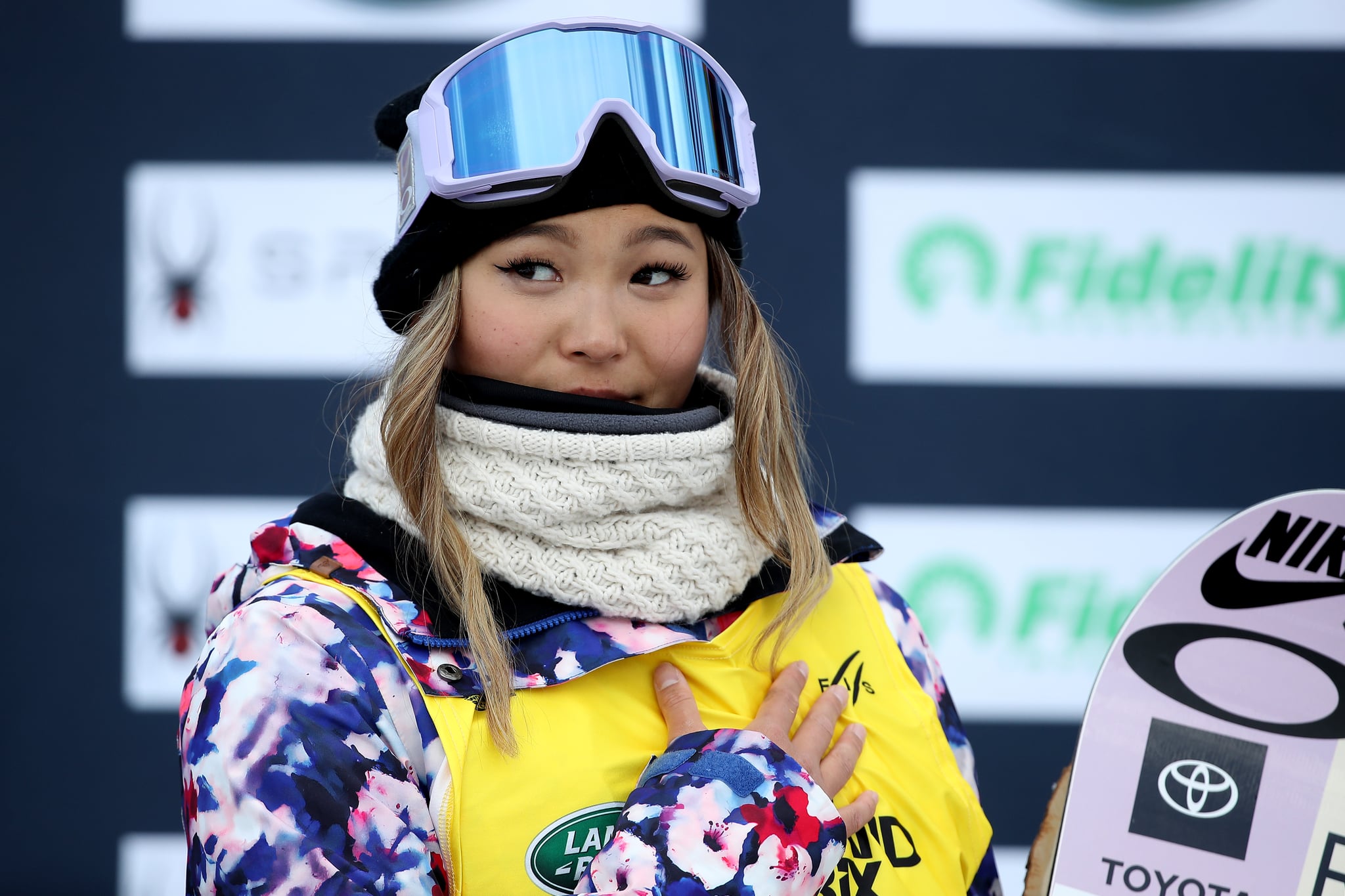 Success and status don't exempt people from racism, harassment, and hate-fueled attacks, and that's one reason Chloe Kim is speaking out. Following wave after wave of anti-Asian hate crimes over the past year, the Olympic champion snowboarder chose to share the racism she's experienced "on a daily basis" for as long as she can remember. "For a long time, though," she said in an ESPN as-told-to essay published on April 9, "I stayed silent."

In the essay, Kim said she gets "maybe 30" racist messages every day and hundreds every month. On March 31, she was having a conversation with her hairstylist, who is also Korean American, about how racism had affected them. "Fifteen minutes later, I looked at my DMs and saw a message: 'You dumb Asian b----. Kiss my ass.'" Kim said she felt "fed up" with people asking her why she had stayed silent on anti-Asian hate ("When I experience trauma or anxiety, I shut down," she explained) and posted a screenshot of the message on her Instagram Story.

Kim's experienced racism her whole life, she said. At age 7, two white men at a restaurant asked her how she spoke English so well. She went to school with white kids, which "felt isolating," and snowboarding as a sport is predominantly white as well; Kim said she's the only nonwhite athlete on the US halfpipe team. Despite having support from her teammates, Kim never felt like she could talk to them about the racism she dealt with. "[T]hey couldn't fully understand," she said, when her historic X Games win at age 13 was "belittled" due to her race, or how hurtful it was when, during a team training camp in Switzerland at the beginning of the pandemic, "older people would look at me and walk further away."

"Just because I'm a professional athlete or won the Olympics doesn't exempt me from racism."

Then, after winning gold at the 2018 Olympics, Kim said she felt pressured to become an activist. "It was a lot of responsibility," she remembered, especially for a 17-year-old. "I still don't know how to talk about all of this."

Kim described feeling "emptiness" after the Olympics, which drove her to explore life outside of snowboarding. She was accepted at Princeton and headed to New Jersey to expand her horizons, meet people outside of her sport and SoCal life, and learn that "I have an opinion about this stuff." She's even been able to develop empathy for the people who send her hateful messages. "They weren't born racist or hateful," she explained. "I believe if they were born and raised in my household and surrounded by the people I was surrounded with, then they wouldn't think that way."

Related:
Women's Sports Lack Coverage, So Alex Morgan and 3 Other Athletes Started Their Own Company

On top of it all, Kim shared the fear she feels for her parents: for her dad, who faces verbal harassment, and for her mom, who "gets fetishized." Every time they step out the door, Kim is scared she'll never see them again, a fear that, she added, didn't start because of these recent attacks. "This is not new," she said. "It's old news, but now we see the attacks and hear the stories."

Kim's words are proof, like we needed any more, that racism doesn't care how much money you make or how many gold medals you have. "Just because I'm a professional athlete or won the Olympics doesn't exempt me from racism," Kim said. Speaking out was nerve-racking, "but we need to hear more of these conversations," she stated, noting: "I'm sorry anyone has to feel this way and that I was ever ashamed. Now I am so proud to be Korean American."

by Lindsay Kimble 18 minutes ago