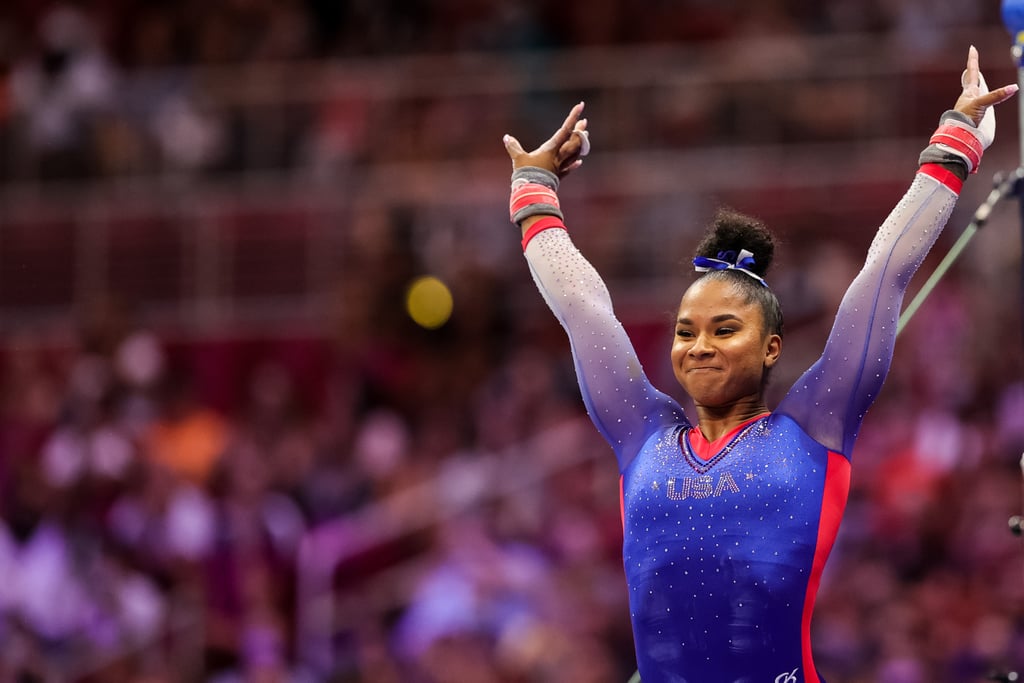 Gymnast Jordan Chiles is about to make her long-awaited and highly anticipated Olympics debut at the forthcoming Summer Games in Tokyo. A few years ago, however, she almost left the sport entirely.

Jordan decided to pursue gymnastics after being enamored by Shawn Johnson while watching the 2008 Summer Olympics. She was only 7 years old then, but Jordan would quickly move up, reaching the elite level by age 11. But after feeling pressured and experiencing some disappointments, Jordan felt she had lost her spark and considered quitting. Then she met Simone Biles.

In 2019, Jordan moved from her hometown of Vancouver, WA, to Spring, TX, so that she could train at the World Champions Centre owned by Simone and her family. Jordan, who is now 20, has since won medals at Nationals, been the all-around champion at the Winter Cup's first-ever women's competition, and shined at the recent Olympic Trials, securing her spot on Team USA alongside Simone.

"I discovered that gymnastics doesn't always have to be about strictness and being so hard on yourself and having so much doubt," Jordan told The New York Times in June. "I actually realized this when I saw Simone compete. She looks like she's having fun out there, laughing and giggling, and doesn't look stressed or tired. I was like, 'You know, I'm going to try that one of these days and see how it turns out.'"

Ahead of the Olympics, look back at some of the standout moments in Jordan's athletic career so far, from the Wonder Woman routine that put her on the map to the improvised balance beam save that felt heroic.

Related:
How the Friendship Between Simone Biles and Jordan Chiles Helped Propel Them to Tokyo
Previous Next Start Slideshow
Jordan ChilesSummer Olympics 2021OlympicsSportsGymnasticsAthletes