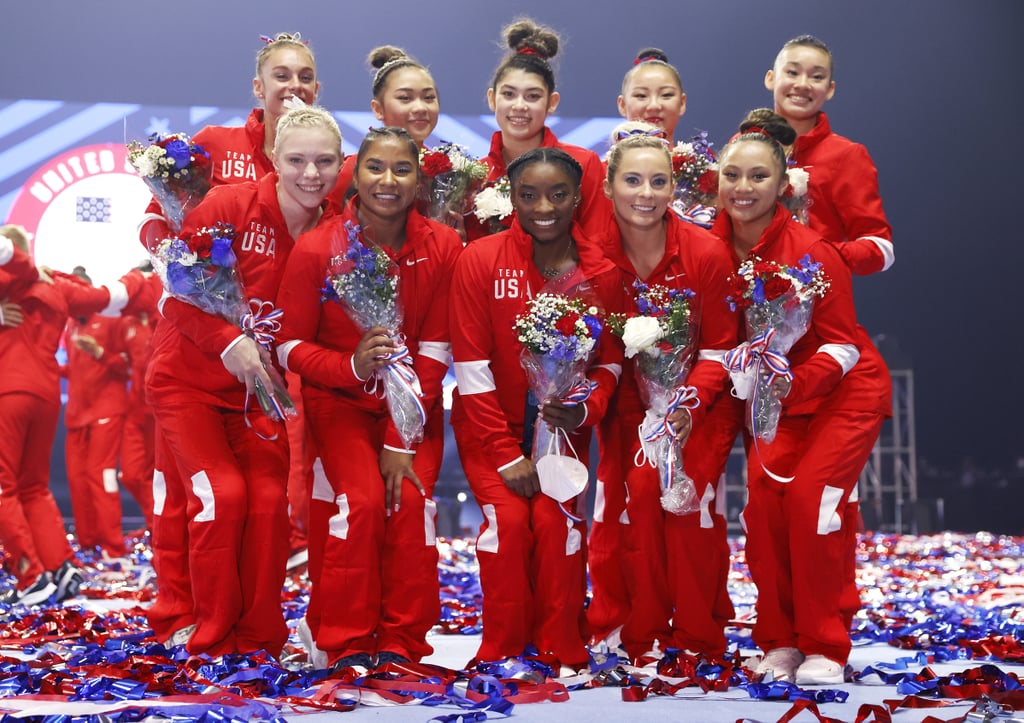 From Trials to Tokyo: Meet the Women Flipping Overseas at This Summer's Olympic Games

After two nights of competition at the 2021 US Olympic Trials, the four-person women's artistic gymnastics team, two individuals, and four alternates were named ahead of the Tokyo Games. If you have questions about how it all went down (we know it sounds a bit confusing), we've got you covered. Despite past years of five-plus gymnasts on Olympic teams, this year's squad — and this year's squad only — consists of four gymnasts who will aim to win the United States's third consecutive Olympic team gold.

First, there's Simone Biles, whose two-night all-around score of 118.098 was over two points above the next highest all-around finish despite a fall on beam on June 27. Are we surprised she made it? Not in the slightest. She wasn't accompanied by Goldie the billy goat on her leotard this time around, though Goldie did make an appearance on Biles's slides. The three other gymnasts are Sunisa ("Suni") Lee, who placed second in the all-around at Trials and automatically earned a team spot; Jordan Chiles, who finished third and is Biles's World Champions Centre teammate; and Grace McCallum, who finished fourth.

Jade Carey qualified as an individual due to her results at the FIG Apparatus World Cup series, and the US women were allotted one other individual spot that the selection committee granted to MyKayla Skinner. Carey and Skinner will not be competing on the US Olympic team, but their efforts could still count toward the United States's medal tally at the Games should they qualify for the all-around or event finals (note: only two gymnasts per country, whether gymnasts compete on the team or as individuals, can qualify for each of those finals). Four alternates were chosen out of an abundance of caution in the event that anyone on the team — Biles, Lee, Chiles, or McCallum — is exposed to the COVID-19 virus.

The gymnasts selected for the team are, generally speaking, reliable on every event — vault, bars, beam, and floor — even if they do have their strengths on specific apparatuses. While Carey and Skinner have proven themselves to be solid competitors across the board, Carey's specialties on vault and floor will serve well for the US in her individual spot, and Skinner's standout performances on vault especially are ones to watch at the Olympics.

We can't wait to witness the excitement overseas in less than a month! Ahead, check out more about each of these women going to Tokyo after a trying postponement period and years of preparation.

Running
3-Time Paralympian Melissa Stockwell Learned That Despite It All, "You Can Surprise Yourself"
by Samantha Brodsky 3 days ago

Simone Biles
Simone Biles's Met Gala Dress Was So Heavy, 6 People Helped Her Carry It Up the Steps
by Victoria Messina 4 days ago 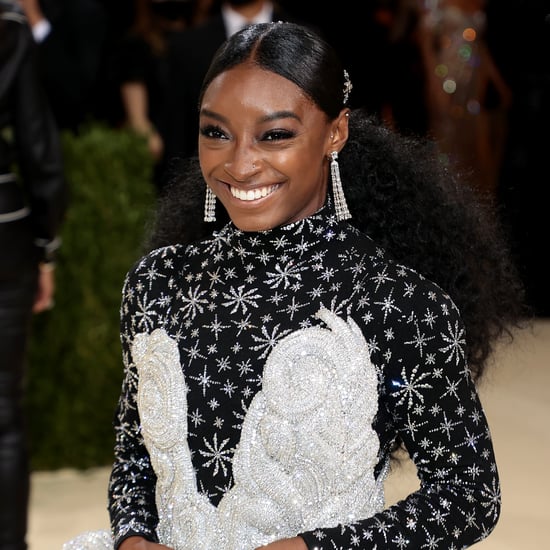