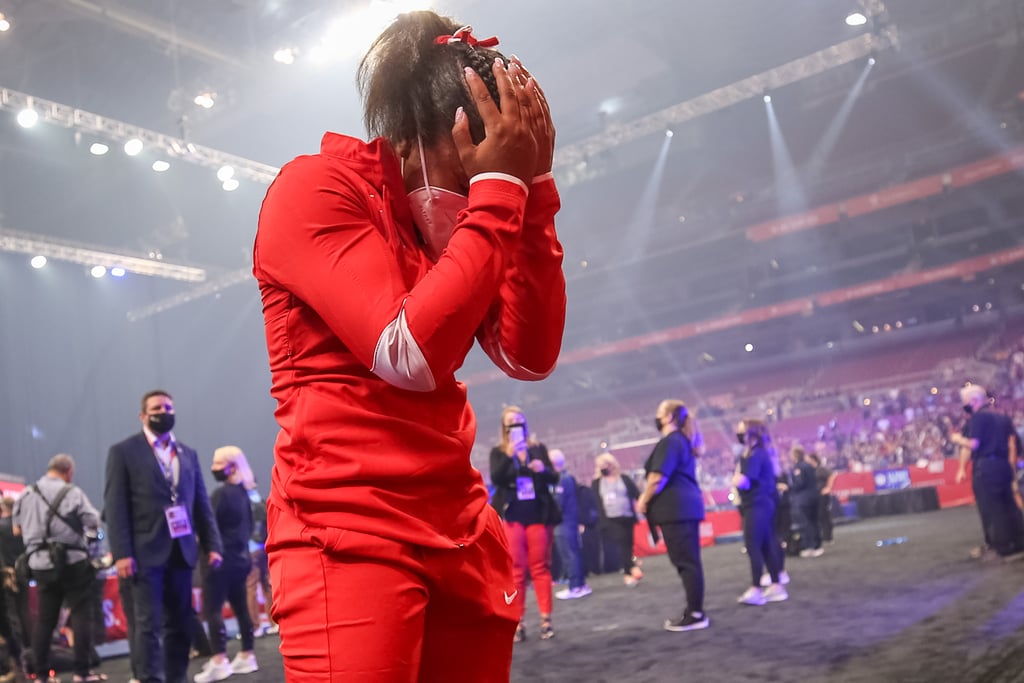 Jordan Chiles wanted to quit gymnastics a few years ago. She felt stuck, and, as she told POPSUGAR earlier this month, she lacked drive and energy to the point of "not wanting to truly be in the gym anymore." Now, though, the 20-year-old is officially off to Tokyo after being selected for the four-person Olympic team at the conclusion of the two-night 2021 US Olympic Gymnastics Trials. She finished third in the all-around behind Simone Biles and Sunisa Lee — who both locked in Tokyo team spots — and even before Chiles received the news that her name would be included on that list, she was full of undeniable emotion.

Chiles's eyes swelled up with tears ahead of her floor performance on June 27. It was the last rotation before the selection committee would make their final decisions. At that point, and after night one, really, you could almost guarantee that she would be heading to Tokyo if she continued to do what she's done this year with her first-place finish at February's Winter Cup, her second-place finish at the GK US Classic, and her third-place finish at Nationals: hit routines.

When POPSUGAR spoke with Chiles prior to the Olympic Trials, she told us that she wanted to hit "eight for eight," meaning execute solid routines on all four events during both nights of competition, and she did just that. "It was honestly the most amazing feeling of my life," Chiles said on The Today Show after she found out she was going to Tokyo. She added of teammate and friend Biles, "Having her by my side 24/7 and giving me encouraging words every day definitely helped, and it was very motivational."

Chiles reached her full potential once she moved to Biles's gym and began training under coaches Laurent Landi and Cecile Canqueteau-Landi. She's said that the couple changed her mindset and attitude. If you watch Chiles's gymnastics, you will definitely witness that shift and see consistency, a whole lot of confidence, and a sense of certainty, even — because she knows she belongs.

Ahead, check out Chiles's tear-filled and exciting moments of celebration from the Olympic Trials, including a sweet embrace with Biles. Congratulations are in store!