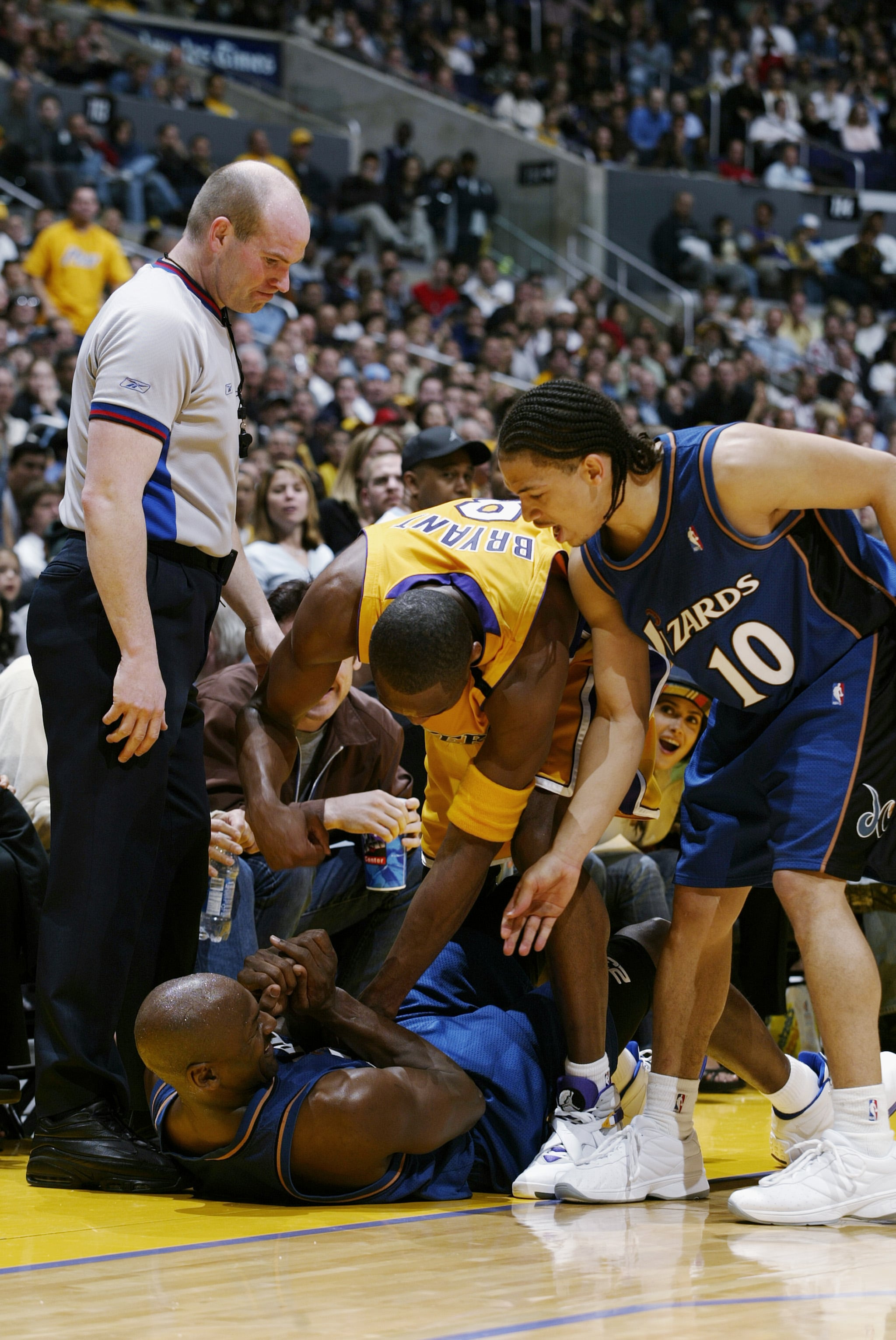 With the release of The Last Dance, the ESPN docuseries on Michael Jordan's final season with the six-time champion Chicago Bulls (now airing on ABC), fans are learning a lot about the basketball legend that they may not have known before. But the series has also served as a reminder of the special relationship Jordan had with the late Kobe Bryant. Though they were fiercely competitive, they often referred to each other as brothers — and while Jordan has acknowledged that their friendship may come as a surprise to some, it shouldn't after seeing this clip from their final matchup on March 28, 2003.

Jordan had returned to the NBA to play for the Washington Wizards a couple years prior, and it was well known that his career would come to a close at the end of the season. In his final game at the Staples Center, he put up 23 points, but it was the home team Lakers who walked away with the W, topping the Wizards 108-94. Bryant scored a whopping 55 points.

But near the end of the third quarter came a moment of levity: Jordan stepped in front of Bryant to take the charge, and after the ref's whistle blew, Bryant laid into him — jokingly throwing punches as Jordan stayed on the ground, laughing. It was exactly the kind of exchange you'd expect from two brothers, and at a time when fans are nostalgic for one of the greatest eras in the history of the NBA, it's incredible to see. Watch the clip, along with highlights from the game, below.