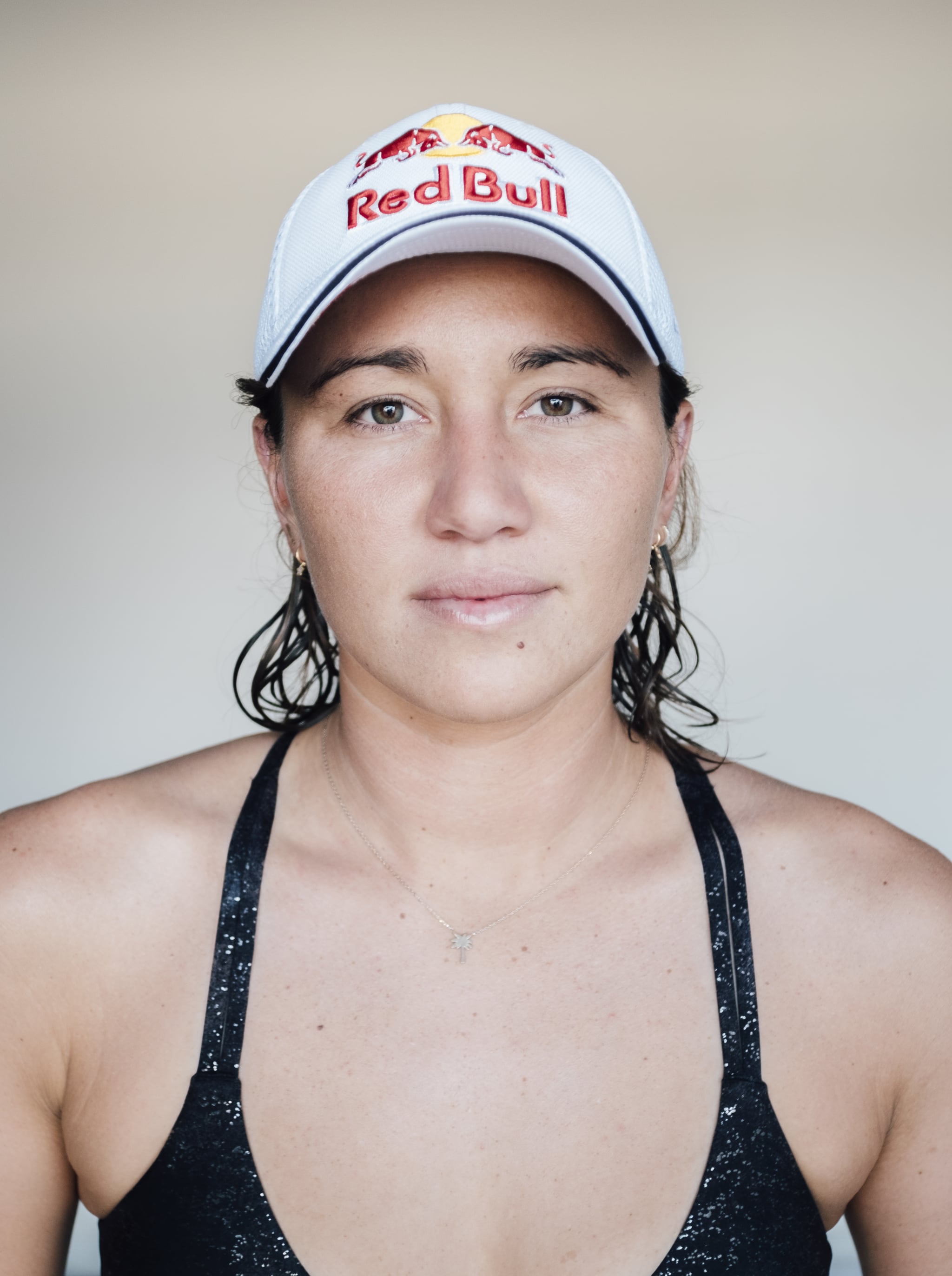 Pro surfer Carissa Moore won her fourth world title this week, a feat that sets her among the most accomplished surfers of all time. It's the culmination of an incredible season that also saw her qualify for the 2020 Olympics, where surfing will be making its debut.

And those accomplishments might feel all the sweeter, given the four long years that had stretched between her third and fourth world titles. While the intervening seasons weren't disappointing by any stretch — she scored top five finishes in each of them — they still weren't quite the performances she was used to putting up. "It's been a long career," Carissa told POPSUGAR, prior to the last contest of the season. "This is my tenth year on the tour and I've been surfing my whole life. For every athlete, I think you go through your ups and your downs."

It wasn't all about surfing, either. In 2015, just after becoming world champion for the third time, Carissa publicly opened up about a part of her past that she'd never shared before: her struggles with body image and an eating disorder.

"I struggled with body image from a really young age," Carissa said. "I had a lot of friends who were really tiny, so I just always compared myself. I felt like, 'Ugh, I don't look the same.' I was always a more athletic build."

She started high school and puberty hit, along with pressures and stresses at home. It built up. Eventually, food began to feel like a form of comfort, a way of dealing with those stresses and insecurities, "like the one thing that was mine," Carissa explained. That led to binge eating. Carissa remembered, "I would kind of closet-eat when no one was looking. It was really hard for me for a while to come to terms with it."

Related:
Surfer Lakey Peterson Says Your Body Is "Nothing to Be Ashamed of," and We Couldn't Agree More

At the same time, Carissa was getting her start as a pro surfer, climbing the rankings on the top-tier Championship Tour. Being in the public eye, and especially as a surfer, "it just kind of amplifies things," she said. It also seemed to give people free rein to comment about her body. "I'm in a bikini, so you see everything," she said. "It's not like you can hide. Sometimes it was really hard."

She'd been on the tour for a few years when she got back together with her now-husband. "He fell back in love with me at my heaviest," Carissa said. It was an "aha moment" for her, she explained; not so much that she needed someone else to make her feel good about herself, but more of a realization that "it doesn't matter what I look like. Someone just loves me and thinks I'm beautiful because of me."

Then, it was a process of acknowledging her insecurities and her eating disorder, and learning to take ownership of her health. Surfing, she said, actually helped her along the way. Her body, her athletic ability, were part of her job; her health and fitness directly affected her performance in the water. "It made me really have to figure it out," Carissa said. "It made me really have to dig deep and look at it."

It was her dad who encouraged her to share her story. "He was like, 'Hey there's strength in vulnerability. There are a lot of people going through the exact same thing,'" Carissa recalled. Hearing other people's stories helped her feel less alone as she'd struggled with an eating disorder. And sharing it "just feels better," she said. "You don't leave it up to other people to write the story for you. You're writing it yourself."

Carissa said she still struggles with self-confidence and doubting herself. She's made strides, she's a successful athlete, but "it's an ongoing journey and challenge," she told POPSUGAR. The key, she said, is to understand that it takes time. "Be patient with yourself," Carissa said. "Be kind to yourself. Find the time to really listen to yourself." 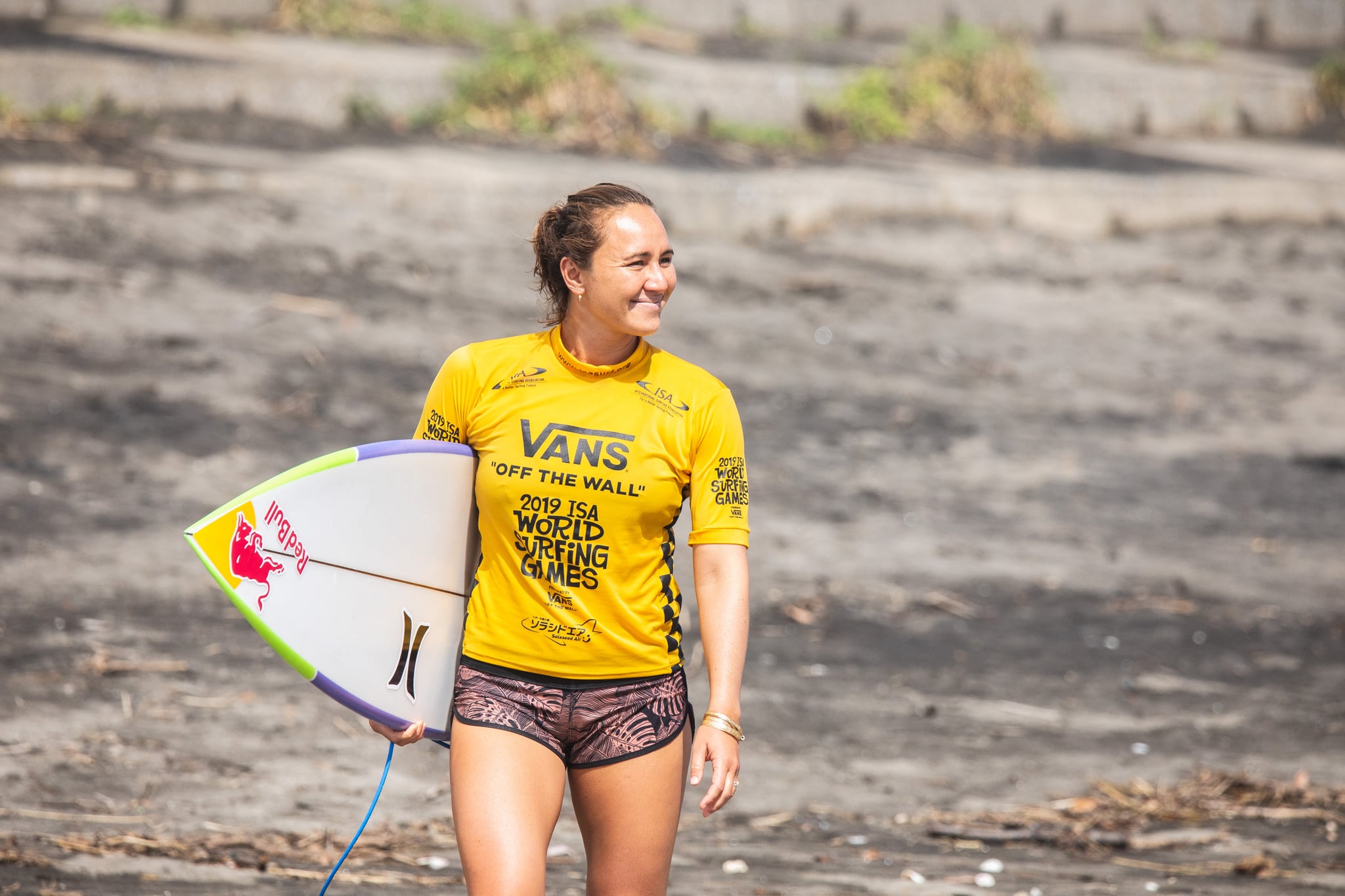 Gymnastics
Laurie Hernandez Blows Us All Away With a Hamilton Floor Routine After a 4.5 Year Hiatus
by Karenna Meredith 4 hours ago

Sports
These Black Softball Players Are Done With Stereotypes, Microaggressions, and Being Ignored
by Maggie Ryan 2 days ago