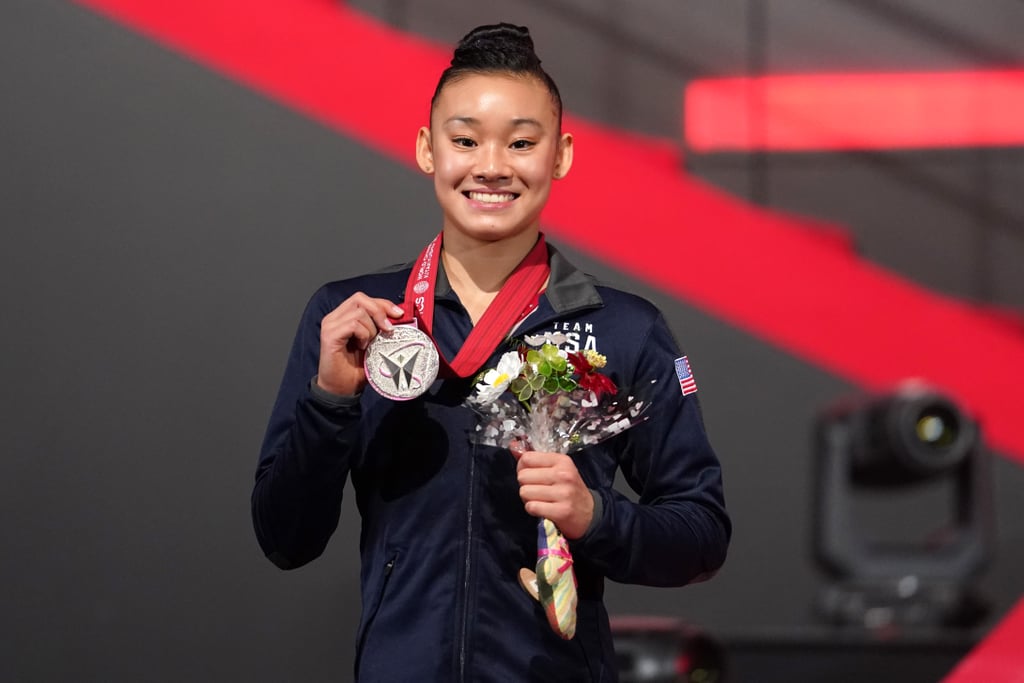 On Oct. 21, Leanne Wong won all-around silver in her very first World Artistic Gymnastics Championships, and she scored just about three-tenths behind winner Angelina Melnikova from the Russian Gymnastics Federation. You can find a recap of that competition here, but know that the 18-year-old remained in second place after the second rotation, and she came to compete with strong routines.

Then, on Oct. 24, Wong earned a bronze medal for her performance in the world floor final. She qualified for the beam final that took place on Oct. 24 as well, but she finished in fourth.

Of her silver medal in the all-around, Wong told GymCastic post-competition that she was "super excited" since her goal was to win a world medal. She acted as an Olympic team alternate for the United States but was confined to a hotel room once deemed a close contact to another US alternate who'd tested positive for COVID-19. Her time in Tokyo, she said, made her determined to qualify for Worlds. "After getting quarantined, I definitely wanted to come and compete at a World Championships because I just didn't even get to practice or do anything last time in Tokyo, so I just wanted a better experience, and it's been a really fun experience."

In early November, Wong further told POPSUGAR that claiming her first world medal was the highlight of her trip to Kitakyushu, Japan, for the World Championships. Ahead, check out some fun facts about her. Next stop: NCAA gymnastics!

Sports
Paying Tribute to Lusia Harris, the History-Making Queen of Basketball
by Maggie Ryan 1 day ago

Sports
Chloe Kim Was in a "Low, Dark Place" Before Snowboarding Hiatus
by Maggie Ryan 1 day ago