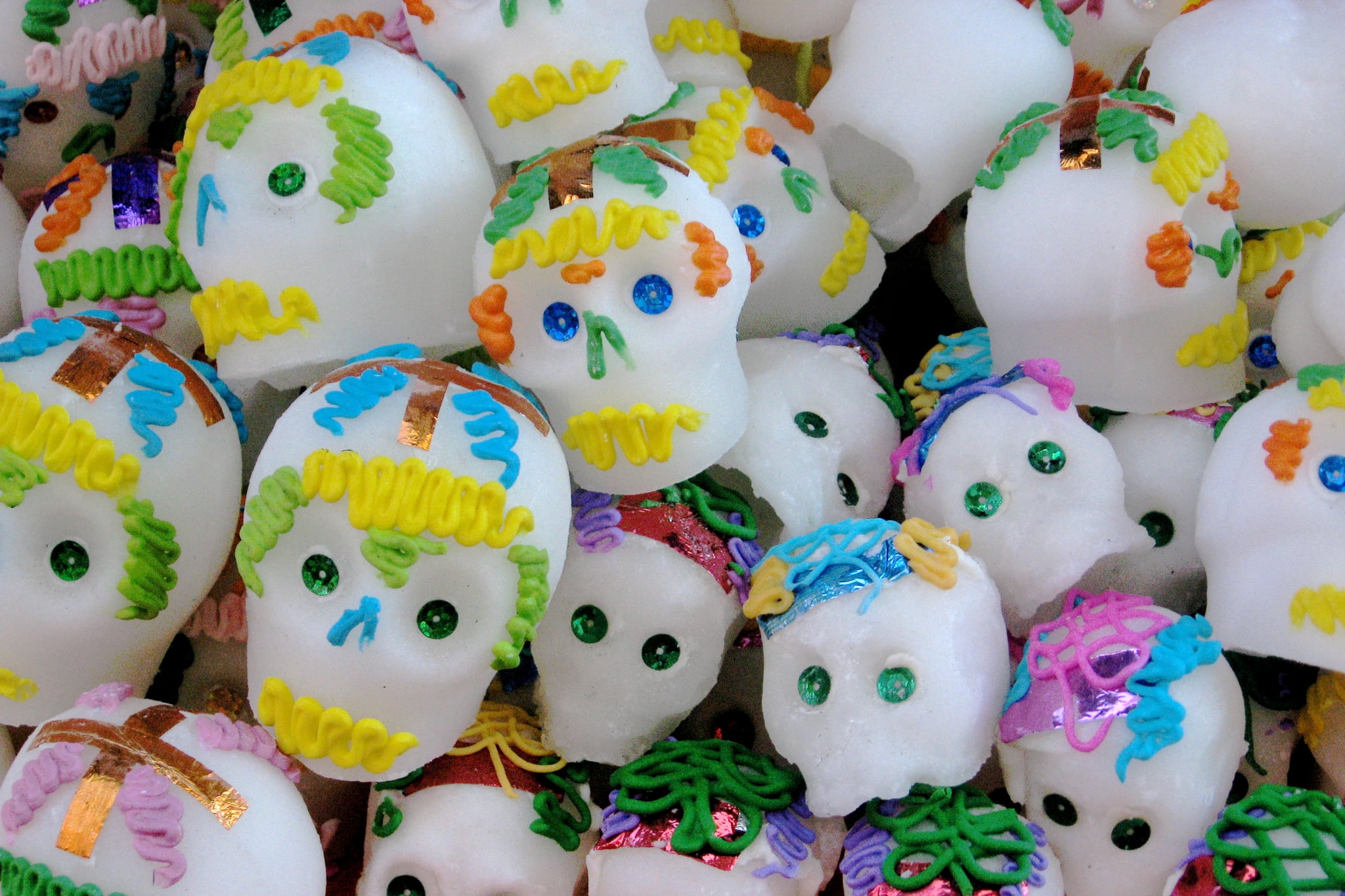 Día de los Muertos is a colorful celebration to honor death and those who have passed, but when people ask me to explain the history behind this date, what exactly it entails, and why we remember the dead for a day or two (Nov. 1 and 2) or even an entire week, it gets tricky. There isn't one definition or way of observing Day of the Dead; it all depends on where you're from (what state in Mexico or even country), but I can say that some symbols and traditions run through all festivities.

Take, for example, skulls and skeletons. If there is one thing everyone probably knows about Día de los Muertos, it is that these two symbols are a big part of the day, specifically sugar skulls or "calaveritas de azúcar." If you've ever attended a Día de los Muertos event or seen an ofrenda (or altar), then you might have come across a white molded skull with a person's name written on its forehead and a series of sweets and ribbons decorating the rest. And while now you might be picturing yourself eating a delicious treat, these are not sweets you'd eat in Mexico.

There's meaning behind these molds and why they're made out of sugar. It all dates back to the Spanish conquest. While a tradition of honoring the dead already existed in Mexico at the time, the Spaniards brought about new learnings and customs and with that the idea of molding decorations from ingredients easily available. Sugar was accessible to Mexicans at the time, even those with little money, so it was a natural choice. Once they learned that they could make these skull molds with the ingredient and water (that's all it really is), the idea of the sugar skull evolved and grew to be an important symbol of the day.

Today, many different versions of the sugar skull exist. There are not only different sizes, but also coffins and skulls made out of chocolate and almonds (those you can eat!). But the meaning behind the calaverita remains the same.

Going back to the altar, skulls are placed as decorations to recognize the person who has passed. His or her name is written on the sugar skull's forehead and, depending on the age of the deceased, the size of the skull might vary — baby skulls are dedicated to those who passed at a young age and larger skulls are for adults. The colors of the skulls differ, too. Some are covered in ribbons and icing, others are dipped in glitter and decorated with bright adornments like hats and bows. While you'll find a variety of versions, you won't find any that lack color, because color reflects life, and the Day of the Dead celebrates just that.

The symbol is a commemoration of the person you are honoring whether dead or alive. That's why you don't have to wait for someone to pass to offer them a sugar skull; you can give one as a gift on Day of the Dead as a sweet reminder that death is the only thing guaranteed in this life or in the words of my mother "la calavera es un símbolo de la muerte, lo único seguro en la vida."

Halloween
An Original Muppets Halloween Special Is Coming to Disney+ This Fall!
by Alessia Santoro 1 day ago

Halloween
Disney World Is Hosting a Halloween-Themed After Hours, and We Are Shrieking With Delight
by Megan duBois 1 day ago