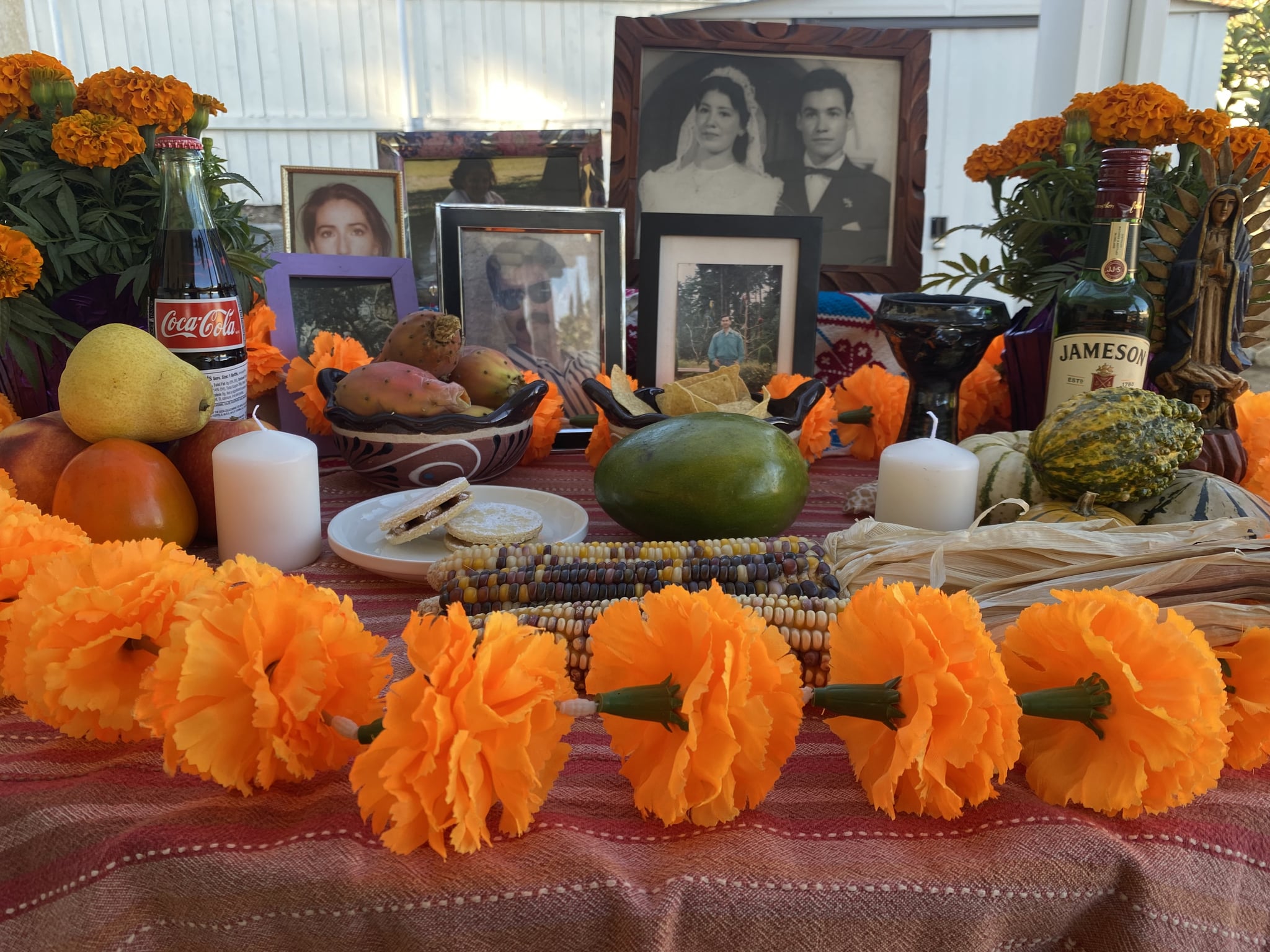 Día de los Muertos was originally a way for ancient Mesoamerican Indigenous groups, like the Aztecs and other Nahua people who lived in what is now central Mexico, to collectively honor their dead ancestors and call them back to earth to feast and spend time with loved ones. Honoring the dead with traditional foods, offerings, music, and prayers is meant to call them to earth, as well as reinforce and nourish our loved ones so they may continue guiding and protecting us in the afterlife. The tradition developed its presence in the US during the 1970s as Chicanxs in Los Angeles were becoming increasingly more interested in reviving Indigenous traditions during the Vietnam War to create a new Chicanx identity. The holiday, which was originally celebrated by Indigenous groups in rural areas of Mexico before the Spanish invasion, was initially a 30-day celebration that the Spaniards eventually reduced to just Nov. 1 and Nov. 2, to coincide with the Catholic holidays All Saints' Day and All Souls' Day.

But in the last few years, there has been a significant shift in the awareness and interest in Día de los Muertos, to the point where it's becoming more of an aesthetic and commercialized holiday rather than a day to connect with family. With the increased popularity, people of all backgrounds are feeling called to celebrate. And rightfully so, considering that ancestral veneration is a missing component of Western anglo culture. Where people run into problems is when they try to do entire "Mexican themed" altars despite being of a different cultural background. This is problematic because the entire point of giving ofrendas (which translates to offerings) is to give your ancestors things and foods they actually liked to eat and drink. I don't know if someone's Italian or Peruvian ancestors would be excited about sugar skulls, pan de muerto, and la catrina. How would you like it if you came back to see your loved ones and they were offering you a bunch of stuff you didn't even like?

My family is Chilean and Mexican, so I make sure to incorporate both cultures on my altar. It really comes down to whether or not you actually want to do this for your muertos or if you're just interested in making a themed art installation. Because it is totally possible to create an altar that is specific to your cultural heritage while participating in Día de los Muertos respectfully. Here's how:

The main thing is to incorporate the four elements. No matter what you put on the altar, make sure you cover all your bases by including things that represent water, wind, earth, and fire. 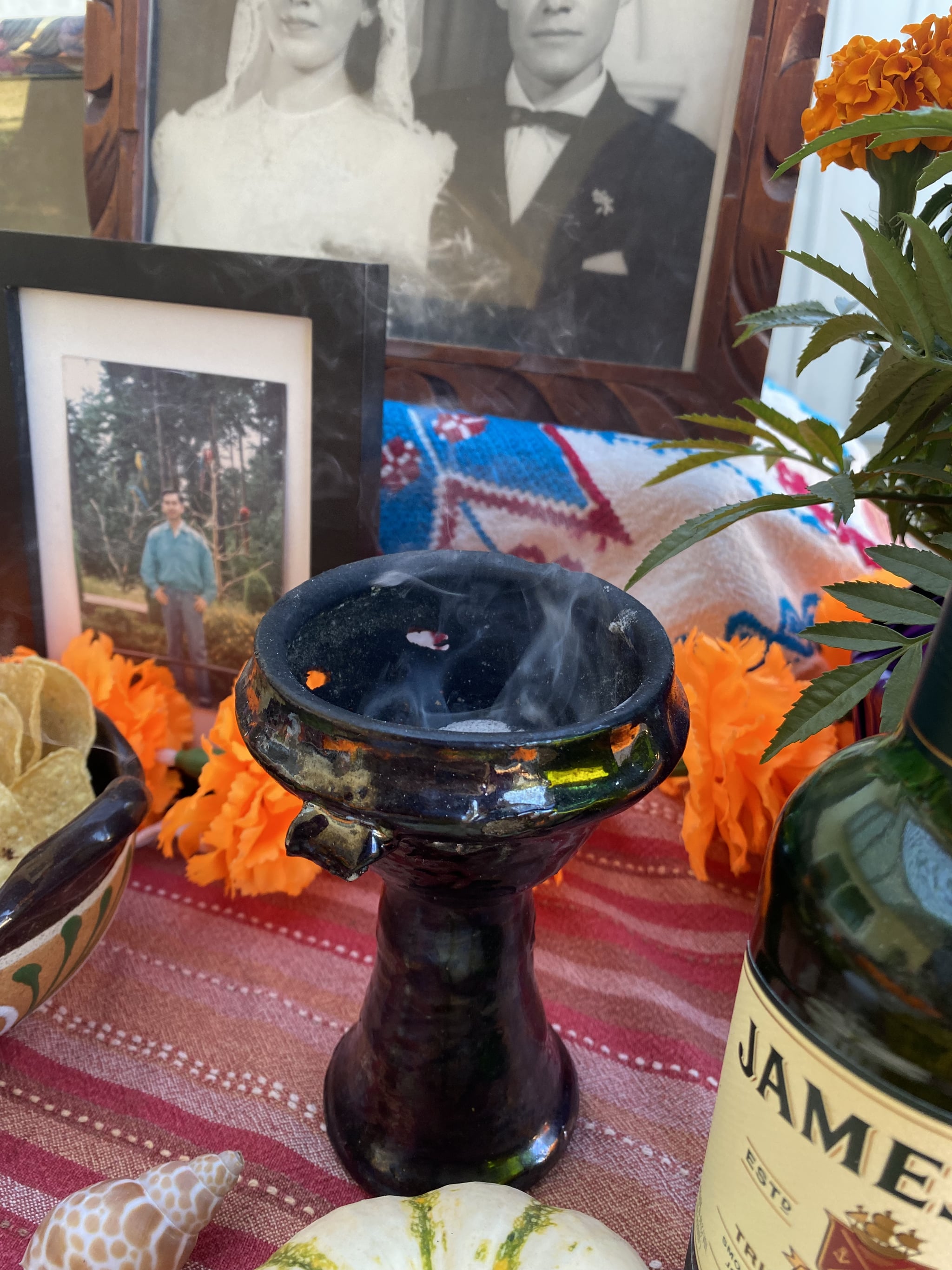 Traditionally, papel picado represents wind. This year, I put copal on my altar because it's something I use in limpias and my veneration rituals. For my altar, I chose the smoke to represent the wind. You can choose something that's relevant to you, not just culturally but personally. Some years I put a paper airplane to represent the wind, because my grandpa used to always make them for me. It's a nice memory I have of him. I also put cigars and/or cigarettes for my Tio Joe. 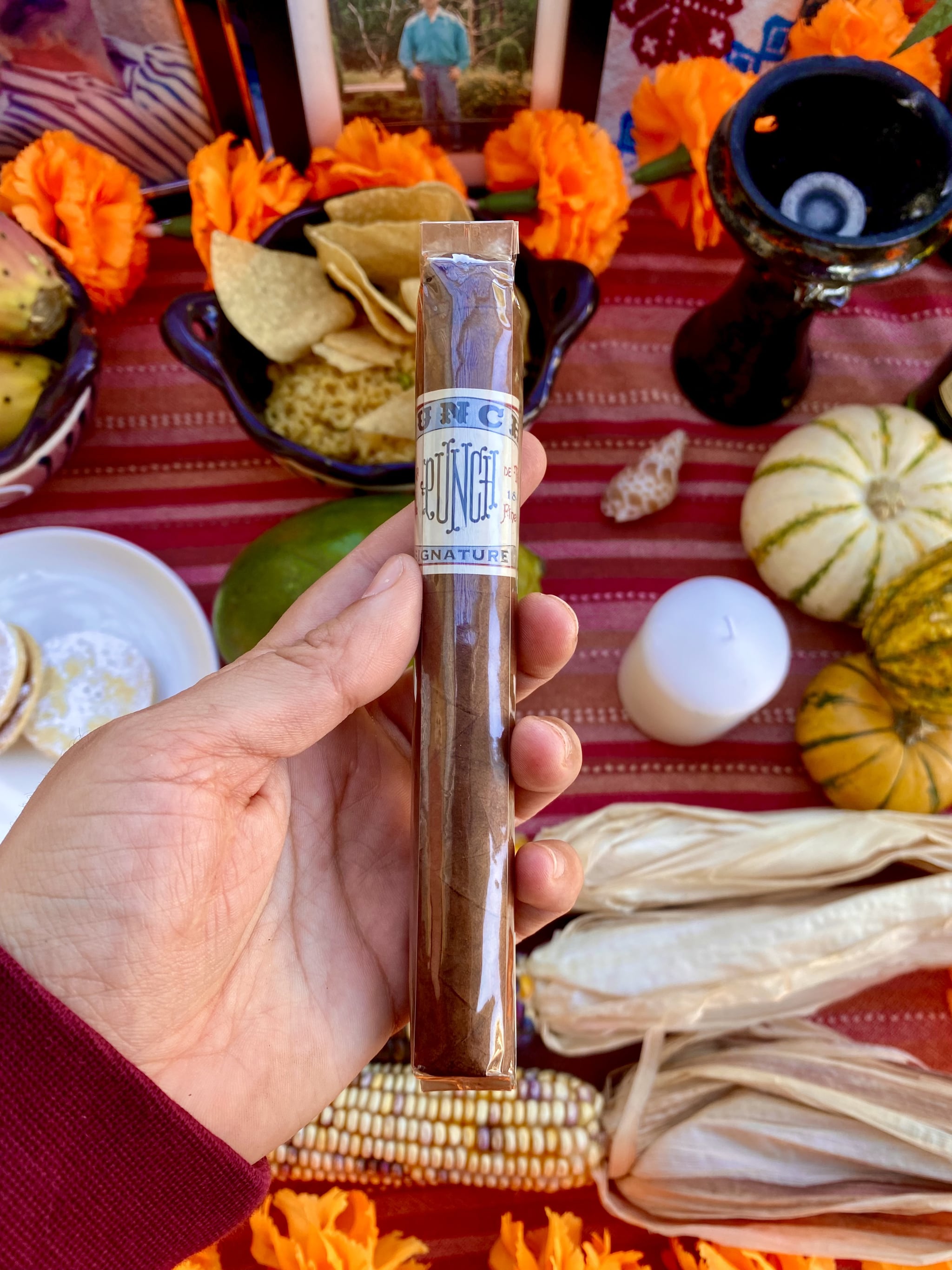 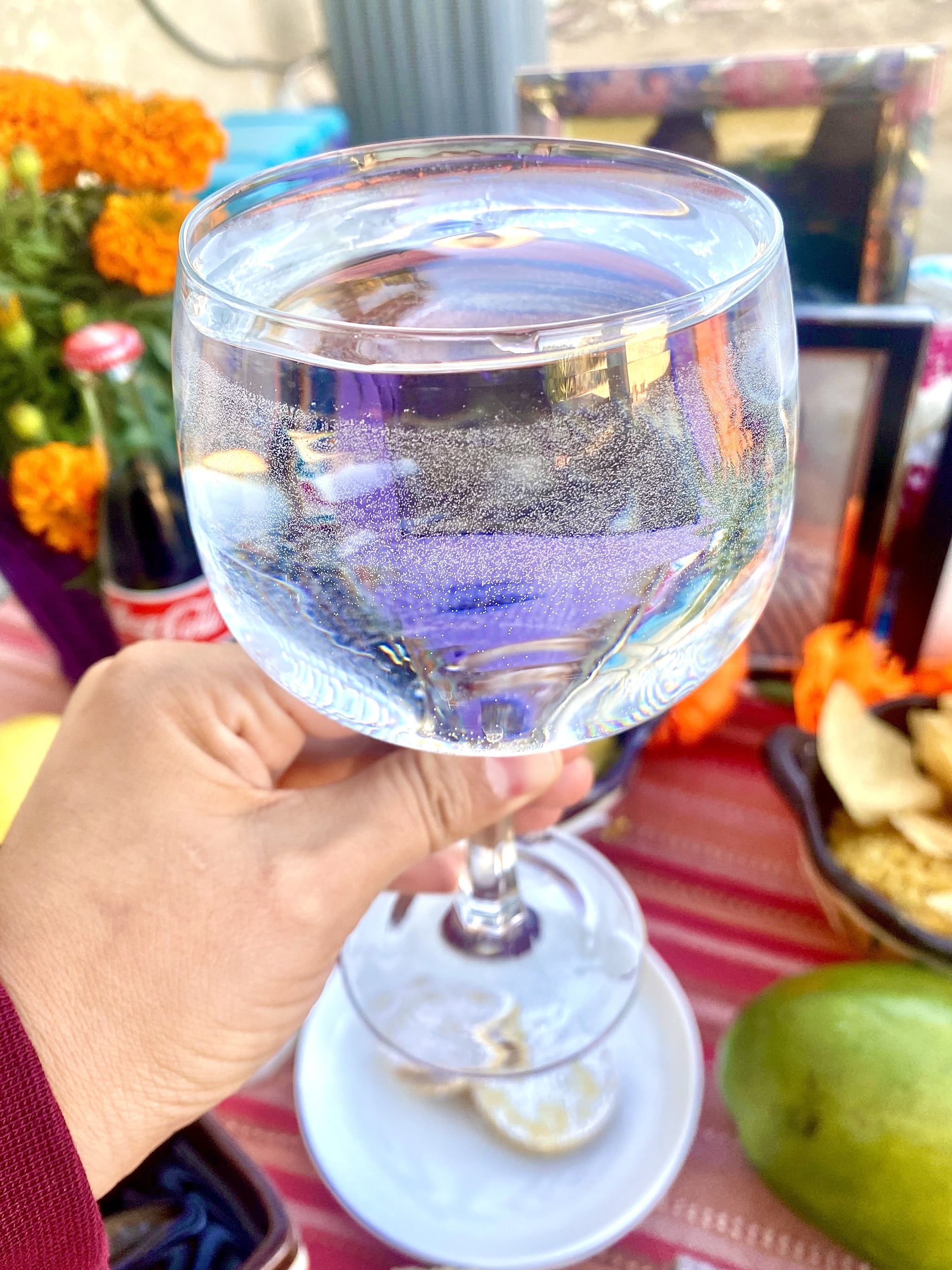 This one is pretty straightforward. Water is a conduit. It's also placed there to quench the thirst of spirits who have traveled a long way. I put a glass of water on the altar, but I also put other things that I think my ancestors would like to drink like Mexican Coke. I usually pour shots of whiskey and tequila for my tio and paternal abuelito. And I also put black tea because Chileans love their black teas. Usually, I'll also put water, coffee, and milk because I'm a child of Obatala and in Santeria, we always put those three things out for the spirits. My altar is truly a combination of traditions.

Food is the representation of earth because that's where it grows. I always do rice and beans, but I alternate between black beans and white rice to red rice and refried pinto beans. This year, I chose to make yellow rice. 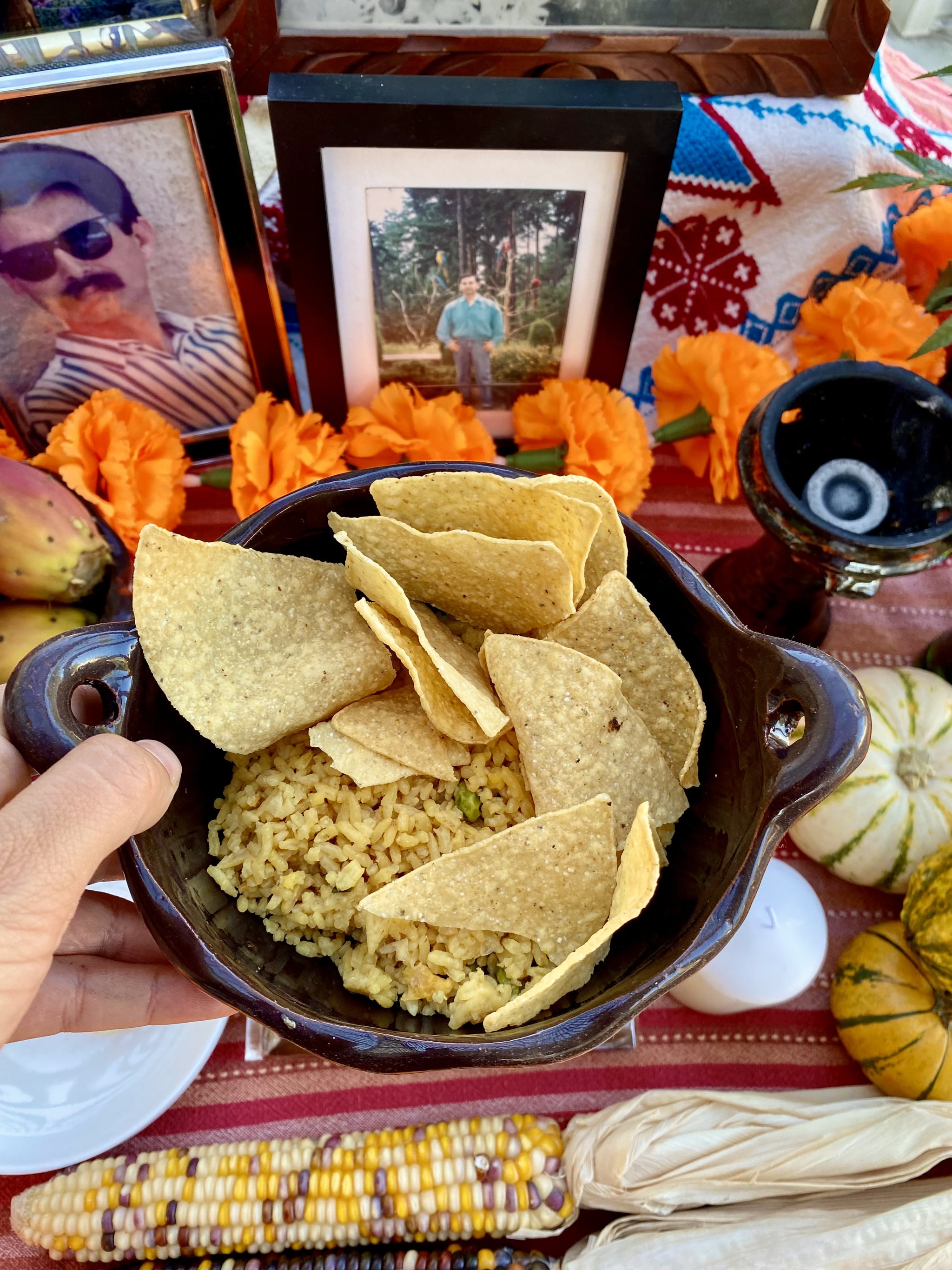 I also put lots of fruit because my maternal grandma loved persimmons and mangos, so I always put those. I was also able to find Peruvian alfajores (traditional cookies with manjar), which aren't exactly like the Chilean ones but I know they'd still enjoy them, so I made it work. You can put whatever food they liked to eat. 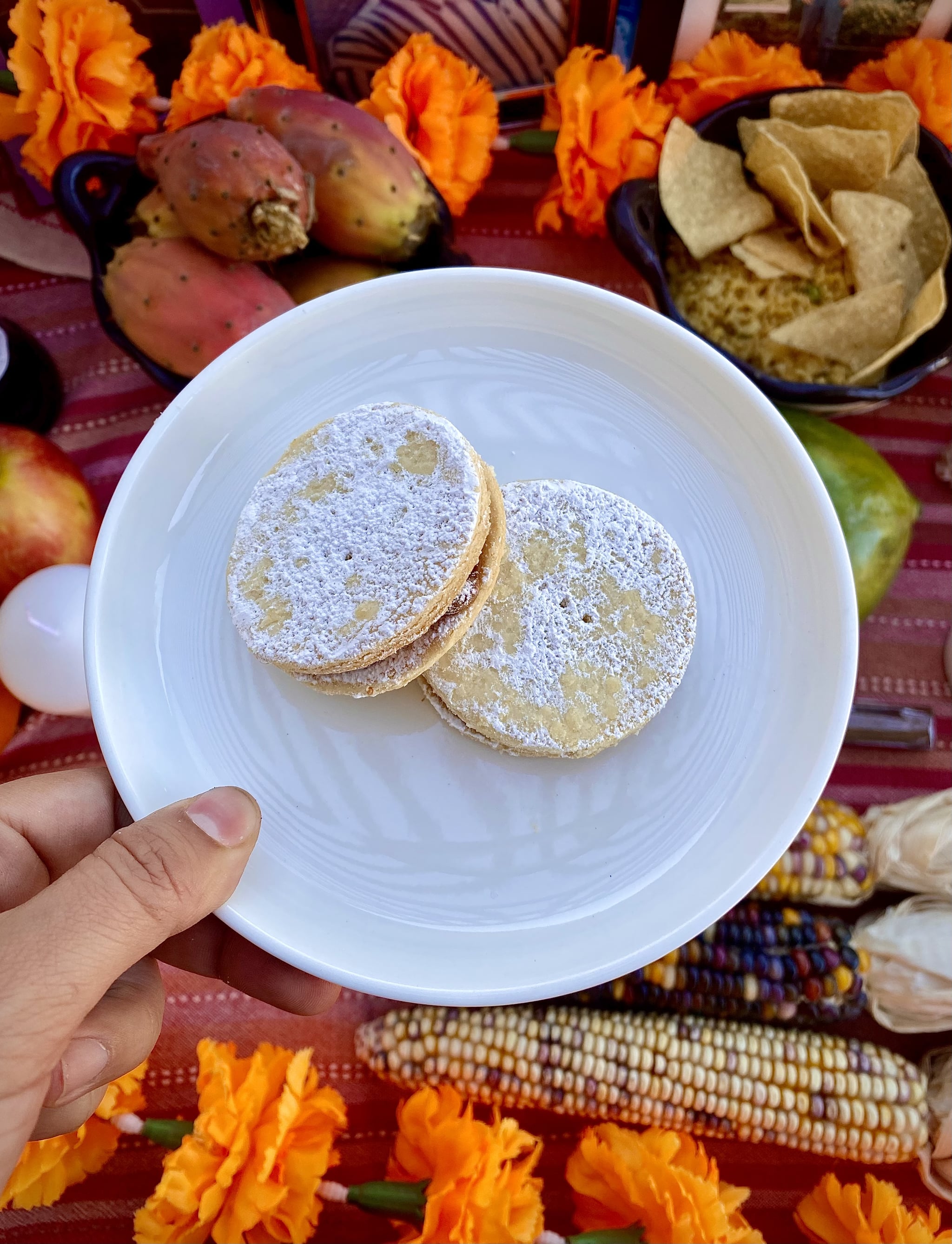 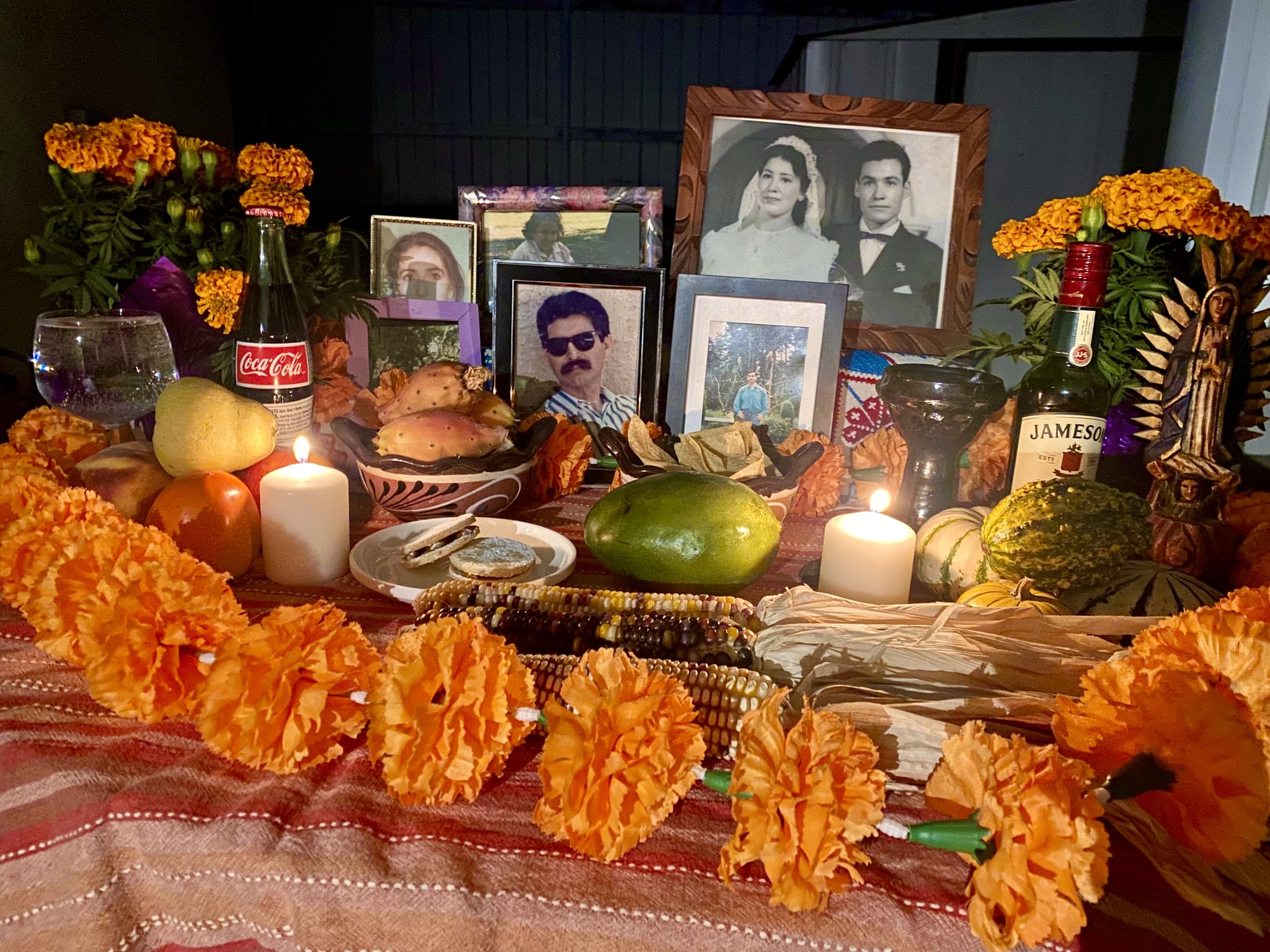 Lighting candles for the dead symbolizes lighting their way so they can find us and find their way home. It's also super cute for the overall spooky yet festive look of the altar — if you're into that kind of thing. I have my pillar candles; usually the ones in glass are safer. 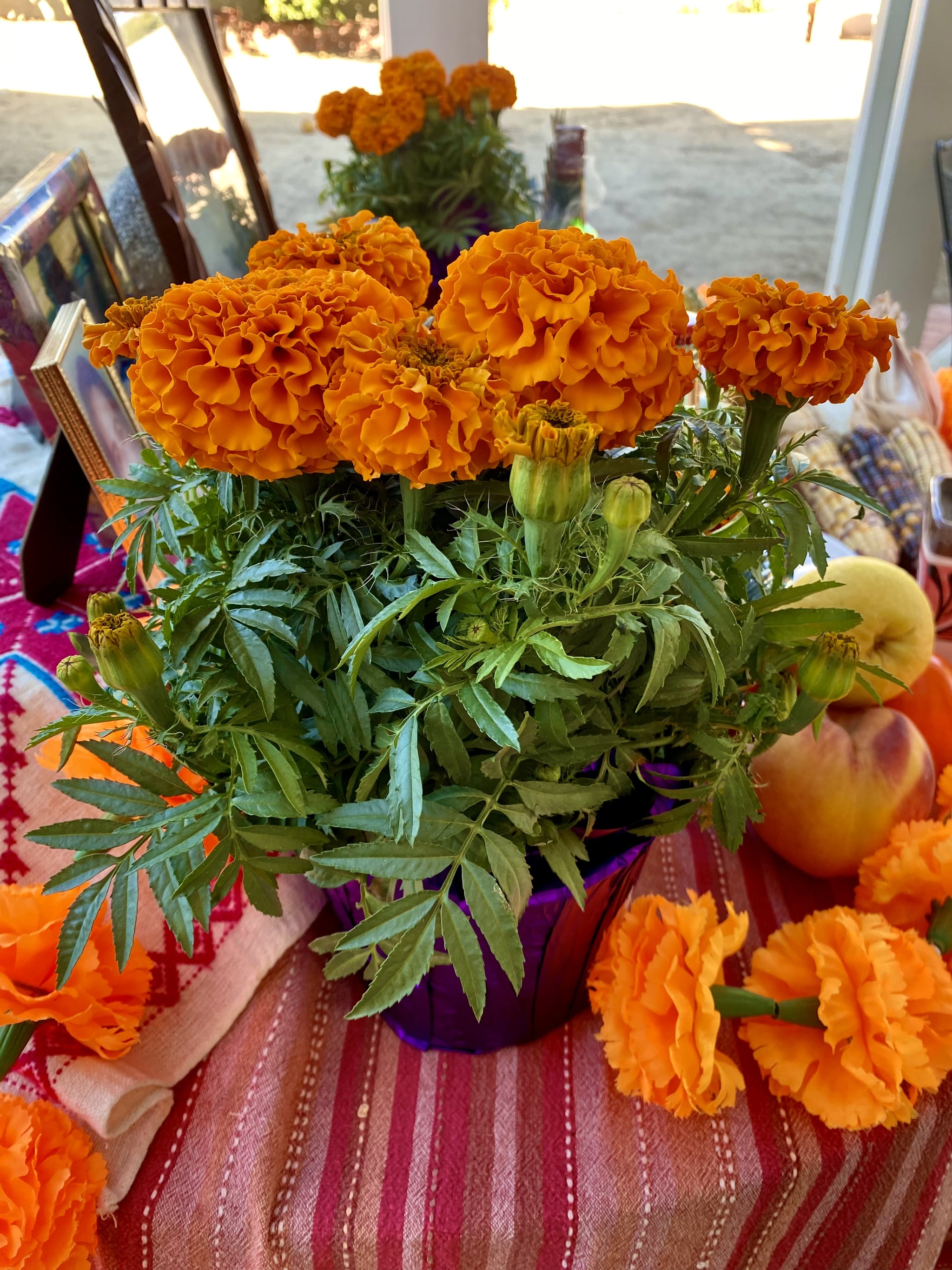 These brightly colored flowers are also referred to as Cempasuchitl or flor de muerto. Marigolds are very culturally significant flowers. Ancient Egyptians used them as a rejuvenating herb, Hindus used them to decorate temple altars, while Persians and Greeks used the petals to flavor food. I'd say keep this tradition no matter where you're from, because all these cultures can't be wrong. Plus, it looks really pretty. 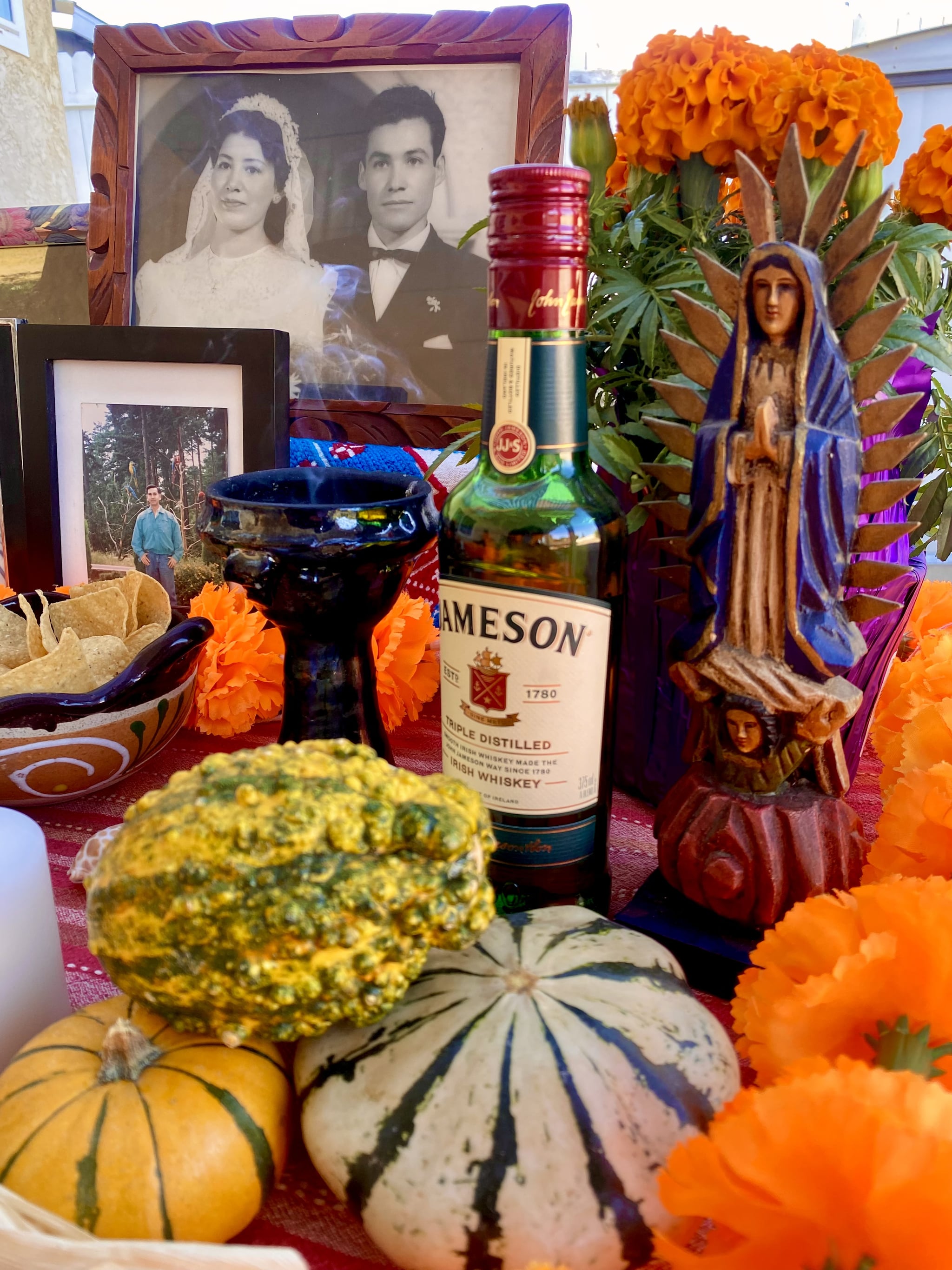 I don't have any personal belongings, but I like to put things they like, such as seashells because my grandma loved the beach. But you can also put things that belonged to them, toys, and even photos of them. My paternal grandpa carved that Virgin Mary. But make sure not to include any photos that include the living.

Sam Smith
Sam Smith on the Roller Coaster of Changing Their Pronouns: "The Amount of Hate . . . Was Just Exhausting"
by Joely Chilcott 11 hours ago