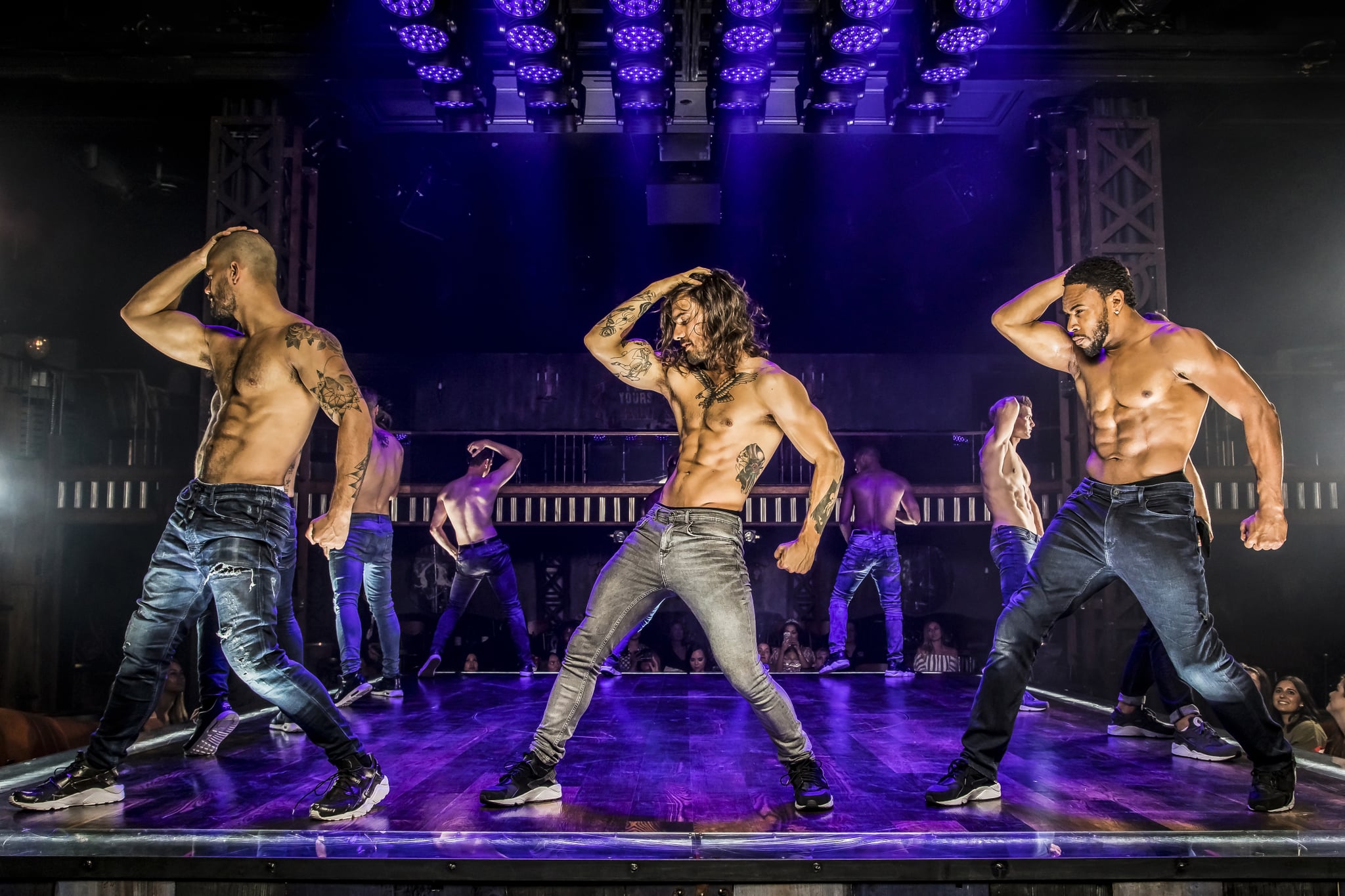 I am not shy or modest by any means, so the idea of my four friends and myself attending Magic Mike Live at the Hard Rock Hotel in Vegas didn't scare me. I say "scare" because some women walk into male revues utterly terrified. Will some dude with giant muscles remove me from my seat and grind on me until the cows come home? (For some, this is a dream. I see you.) But revues are supposed to cater to women, right? They're meant to get us excited, not traumatize us. And although I did huddle my body behind a bar table so as to block any touching or escorting — hey, I do have a partner and wanted to respect him — I quickly realized this show was not just a bunch of hot guys getting seminude. In fact, it was a delightful feminist experience. Yes, really. Here's why Magic Mike Live is one of the best shows in Vegas, but be warned: some spoilers ahead.

It's Full of Clever Surprises

The best part of the show has to be the surprise element, and I don't mean in a "performer surprises you with his massive package after tearing off his dress blues" way. Allow me to explain: when the show first starts, a short guy who is loud, obnoxious, and crass kicks things off. I don't feel bad saying this because that's literally what he was cast to do. He's making comments to women in the audience I've seen men get slapped for. After a few minutes of gross fodder, a few men who can only be described as dressed like the Village People approach the stage.

This is the moment where I looked at my friends and thought we needed to leave, posthaste. Then I see a woman who looks completely helpless. She's approached by a man in a firefighter outfit. He is fully humping her face, and she looks mortified — but it doesn't stop there. She's escorted onto the stage and sprayed with white silly string that's been positioned to shoot out from the fireman's groin area.

Related:
Thunder From Down Under Was NOT What I Expected — in the Best Possible Way

Clearly, this is not magical. That poor woman's jumpsuit is probably ruined. I hope they pay her back. And where is Channing? He does not know what women want! Poor Jenna Dewan.

I have no idea what happened to the jumpsuit, but the initially terrified woman grabbed the mic and went into a full on monologue about mythical unicorns, and it was then we all realized she was a part of the act. In fact, she was the MC, Lyndsay Hailey. Solid. The creepy dude and the lazy Village People were rushed from the stage while Lyndsay sat and spoke to the mythical unicorn in her head, which just so happened to have Channing's voice. (Again, solid.)

After that, she speaks to us, woman to woman. What do we want? What are we sick of? What are we hoping to get out of this? Which leads me to my next point . . . 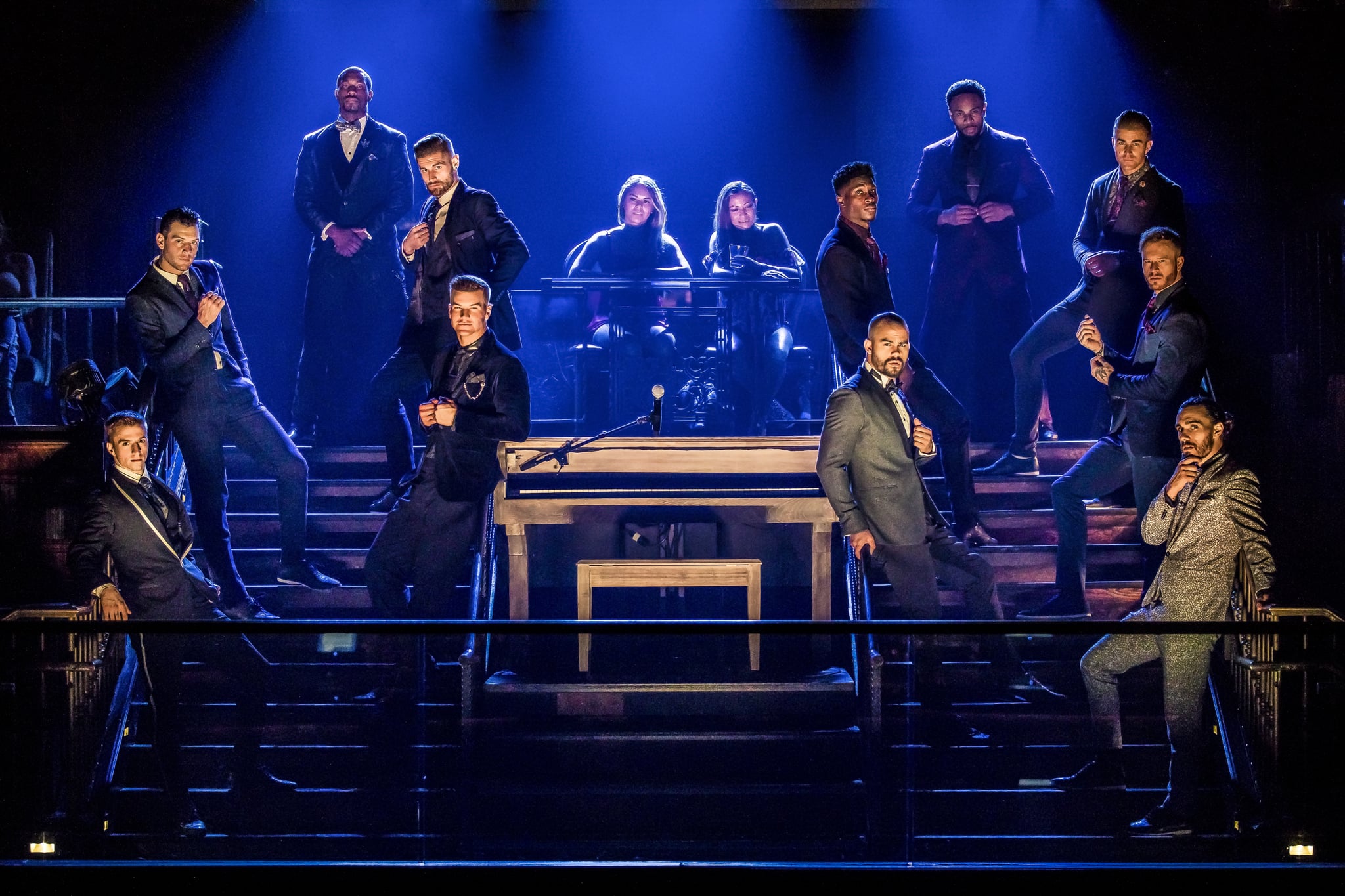 It Gives Women What They Want

I truly do not want to see a man in a Tarzan outfit, nor do I want to see him dressed up in any type of costume. If my boyfriend ever decided to dress up like a cop for foreplay, I would die of laughter. Reason being? For me, at least, that isn't sexy. What are straight women attracted to? A man who casually looks like the hottest person on Earth in a white t-shirt and jeans. A dude with a good job. Jason Momoa. Men who can sing. Men who can dance. Talent. Strength. Kindness. Vulnerability. Guys in nice suits. Sure, you don't have to be attracted to all of these things, but surely one of them gets you going.

Related:
20 Sexy Movies That Should Definitely Be on Your Date Night Watch List

And that's what the show provides. (I mean, no, Jason Momoa is not in the show. But there is a very attractive drummer with long hair and tattoos who could be his twin.) As Lyndsay mentions a specific type of guy, they all appear in the spotlight, on command. All the visuals (read: men) in the show embody realistic ideas of what a woman finds sexy, and it doesn't involve a guy's package being thrust into our faces. Channing does know what women want after all . . .

This is my bad, but I know I'm not alone in thinking that most of these male revues involve attractive guys taking off their clothes without a lot of thought or talent. I was certainly wrong, especially with this show. There are fun choreographed group and solo dance numbers, men playing music, an aerial segment which included an audience member that I'm still blown away by . . . There isn't time to worry about anything more than what is going on right in front of you, and it is clear that all the men (and the select women) in the show pride themselves on their work, as would I. 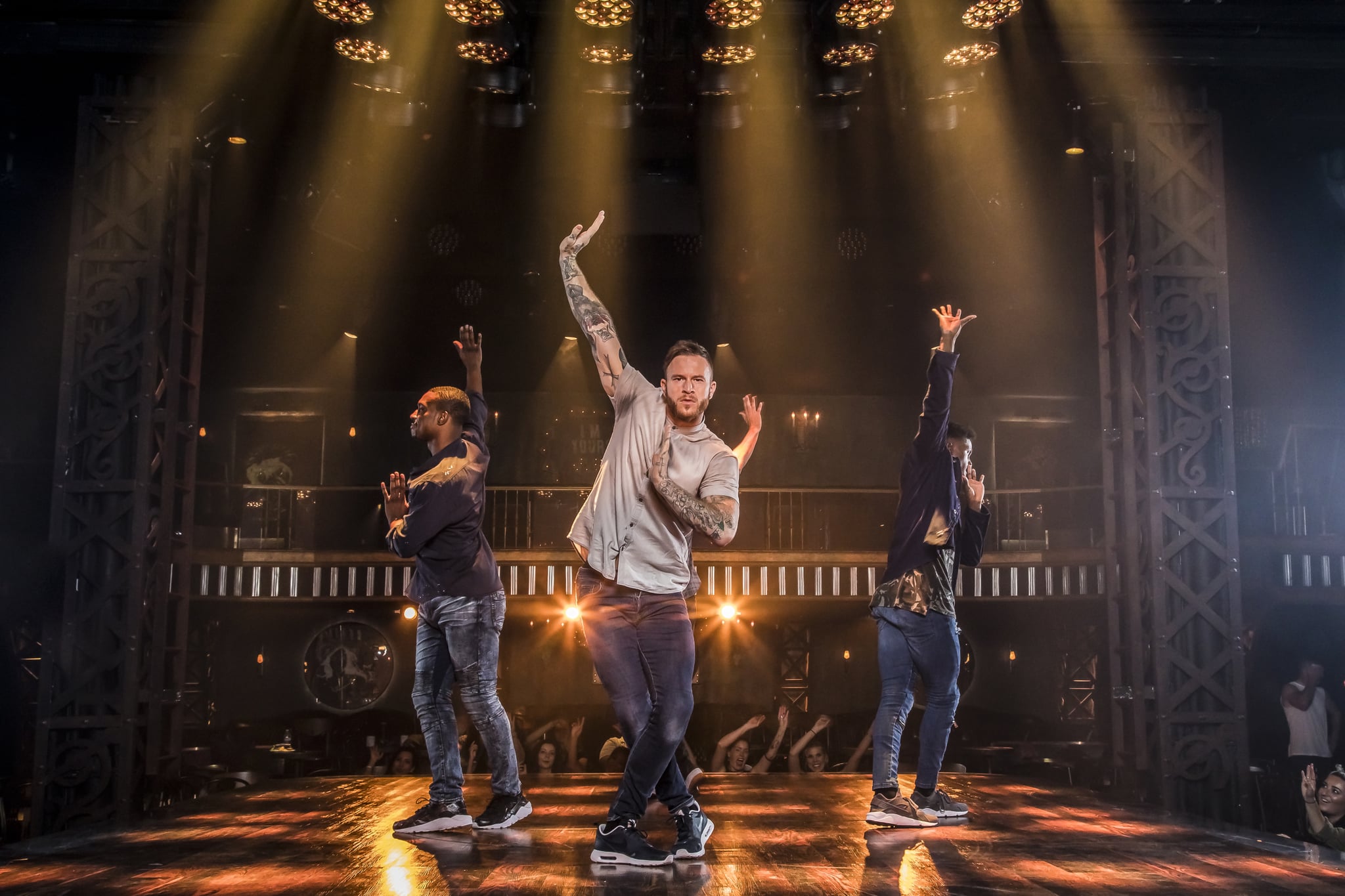 I do not know who Channing teamed up with to produce and write this show, but I want to give them all high fives, because they really did focus on two things: entertainment value and women. This show was not about the excitement of seeing a woman potentially get plucked from the audience and ground on. I mean, there's definitely shock and awe value there, but the show doesn't just speak to our bodies. It speaks to our minds. I know it sounds cheesy, but it's true. In one segment of the show, Lyndsay has to escape the patriarchy (yes, really), and when she does, she literally says she did it by herself without the help of one of the men. She saves herself and happens to get support from the men. That's the kind of half-naked fairy tale I can get into.

There are a variety of other reasons to love the show, like a diverse cast, a water scene that will leave you hot and bothered, and a rousing rendition of Ginuwine's "Pony." But you'll be talking about the show afterward because it makes you feel heard. And that, my friends, is a Vegas show I didn't know I needed.