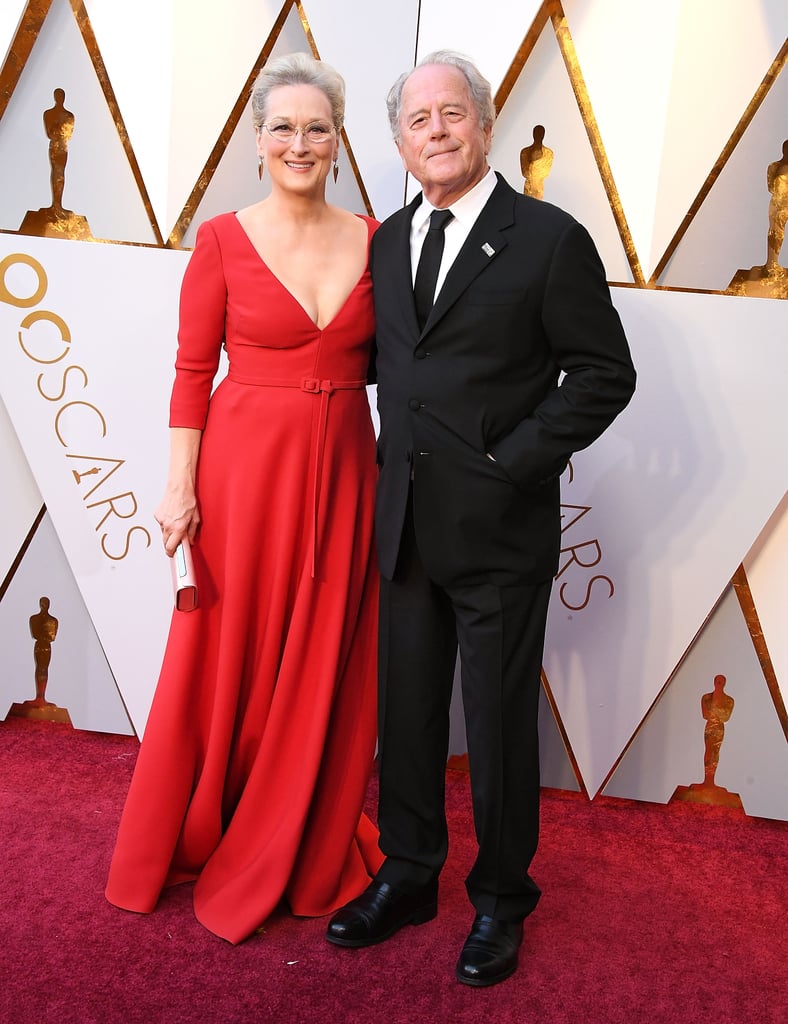 Meryl Streep knows a thing or two about long-term success, and her marriage is no exception. She and her husband, Don Gummer, have been married for over 40 years, and he's been by her side at a number of industry events and award shows since they got together in the late '70s. The pair first met through Meryl's brother, who came to NYC with his friend Don to help Meryl move out of her apartment following the death of her partner, actor John Cazale.

At the time, Meryl's acting career was just kicking off, and after she moved out of the loft she'd shared with John, Don invited her to stay in his vacant apartment while he traveled abroad. They kept in touch, and when he returned to the city, they struck up a romance and tied the knot about six months later. The couple has four kids together, including one son and Meryl's three lookalike daughters.

Keep reading for a look back at some of Meryl and Don's sweet appearances together through the years — including, of course, many nights out at the Academy Awards.

Related:
Hollywood Couples Who Have Been Together the Longest
Previous Next Start Slideshow
A Look Back at Meryl Streep and Don Gummer's 40+ Years Together originally posted on POPSUGAR Celebrity News
Meryl StreepCelebrity CouplesDon Gummer